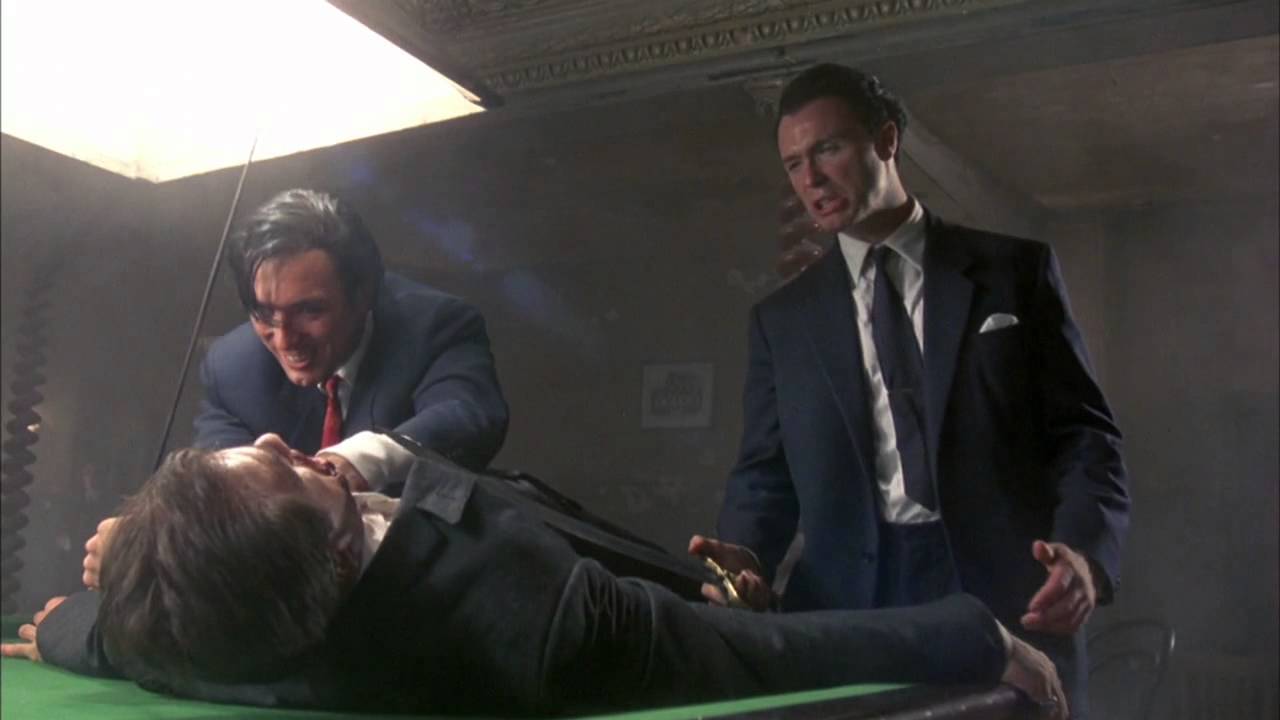 Peter Medak’s The Krays at 30

Gangster movies have been entertaining audiences since the inception of cinema. A well-constructed gangster film can attract respectable actors, reap critical praise, and accrue the life-long love of fans in a way that few other genres can. Mean Streets, Infernal Affairs, and Goodfellas are all classic films that continue to resonate with audiences long after their theatrical runs. While most favorite gangster movie conversations include the usual round up of The Godfather, Scarface, and The Departed, there is a little known British film that warrants a place in the conversation. Back in 1990, director Peter Medak’s biographical crime/drama film The Krays flew under the radar of everyone but the most hardcore gangster-flick nerds.

The Krays is fascinating not just for what it includes in the retelling of the brothers lives but for the details the film’s writer Philip Ridley and director Peter Medak decided to leave out. The Krays is a biopic based on the life of Ronald and Reginald Kray (played by real-life brothers Gary and Martin Kemp). The brothers rose from their humble beginnings to become two of England’s most notorious gangsters. The film begins with the twin’s birth, spends time with them during their childhood, and proceeds to follow their lives through the height of their criminal careers.

Peter Medak peppers his film with over the top performances that toe the narrow line between intense and cartoonish.

Medak’s first unconventional choice is making a time jump from the brother’s period as rebellious young men (they disregarded their conscription to the National Service) right into their lives as cold-blooded criminals and night club owners. The audience never learns the particulars of how the Kray brothers clawed their way to the top of the criminal food chain. Medak also doesn’t show any interest in playing up The Kray brother’s celebrity status — during the 60’s they were viewed as a combination of Al Capone and the Kardashians. The Kray’s rubbed shoulders with Frank Sinatra and Judy Garland and used their philanthropic endeavors to deflect attention from their criminal ties. The Krays never becomes a film about cops and robbers either; the plot of the film eschews any sort of law enforcement antagonist as the brothers undertake their criminal acts with impunity. Medak doesn’t worry about creating honorable heroes or nefarious villains, the audience is invited to simply watch the brother’s sociopathic behavior unfold onscreen as if they were watching lions at the zoo fighting over a piece of meat.

Peter Medak peppers his film with over the top performances that toe the narrow line between intense and cartoonish. Several of the film’s bit players deliver their dialogue in a manner that would be right at home in Dick Tracy, yet somehow Medak makes it all work. Although both Gary and Martin Kemp’s on screen presences are simultaneously terrifying and magnetic, it’s Billie Whitelaw’s performance as the men’s mother, Violet Kray, that steals the movie. Whitelaw is less a cockney mother than a tank draped in an apron. The only force in the film more chilling than Ronnie Kray’s dead-eyed, thousand-yard stare is the fury of a wronged Violet Kray.

At times, The Kray’s cinematography is so stylish and clever that it distracts from what’s taking place on screen.

There are moments where the film feels dated. The execution in some of the fight scenes is clumsy: the combatants wind up for exaggerated blows as if they were in a Marx Brothers film and the punching sound effects sound like they’ve been ripped from Mortal Kombat. The film also makes a grand gesture of informing the audience that these sociopathic brothers are humans in name only; there is an inordinate amount of screen time devoted to Ronald and Reginald’s infatuation with cold-blooded reptiles. Even with the absurd displays of violence (there is a sword fight in a pool hall) and characters that are borderline caricatures, knowing that these scenes are based on real life people, places, and events help grounds the film, lending additional weight to the brutality.

At times, The Kray’s cinematography is so stylish and clever that it distracts from what’s taking place on screen. In one memorable scene, Medak makes use of the “classic low angle shot” with the camera set firmly in the middle of a table as a dozen gangsters sit around consorting. There are also moody Sin City-esque crane shots of foggy back alleys and intimate close-ups in ornately decorated tea rooms. Medak even throws in a vintage club scene featuring the token lounge singer, draped in a Jessica Rabbit style dress and elbow-length gloves. Medak’s visual panache extends beyond the application of immersive camera angles, he also opts to make bold choices in the editing room. Midway through the film, Medak smash cuts the closing moment of a barroom massacre with an elegant wedding, presenting an unsettling juxtaposition between the Kray brother’s charm and their thirst for blood. The directors of most crime movies do not have the time or the skill to apply the technical and visual artistry on display in The Krays.

Although The Krays doesn’t delve into the grimy details of the brother’s ascent through the criminal underworld or their eventual downfall, Medak stuffs this film with all of the brawling, bloodshed, and wise guy grandiosity that a fan could want in a gangster flick. Medak uses the story of The Kray brothers as the foundation to construct the stylish and atmospheric gangster movie he preferred to make. Medak’s version of The Krays is told in such a distinctive style that those looking to dig deeper into the brother’s exploits will find little overlap between this film and the upcoming Brian Helgeland movie; instead, this 1990 film will serve as the ideal companion piece.

The Reflecting Skin – Not Your Average Vampire Movie