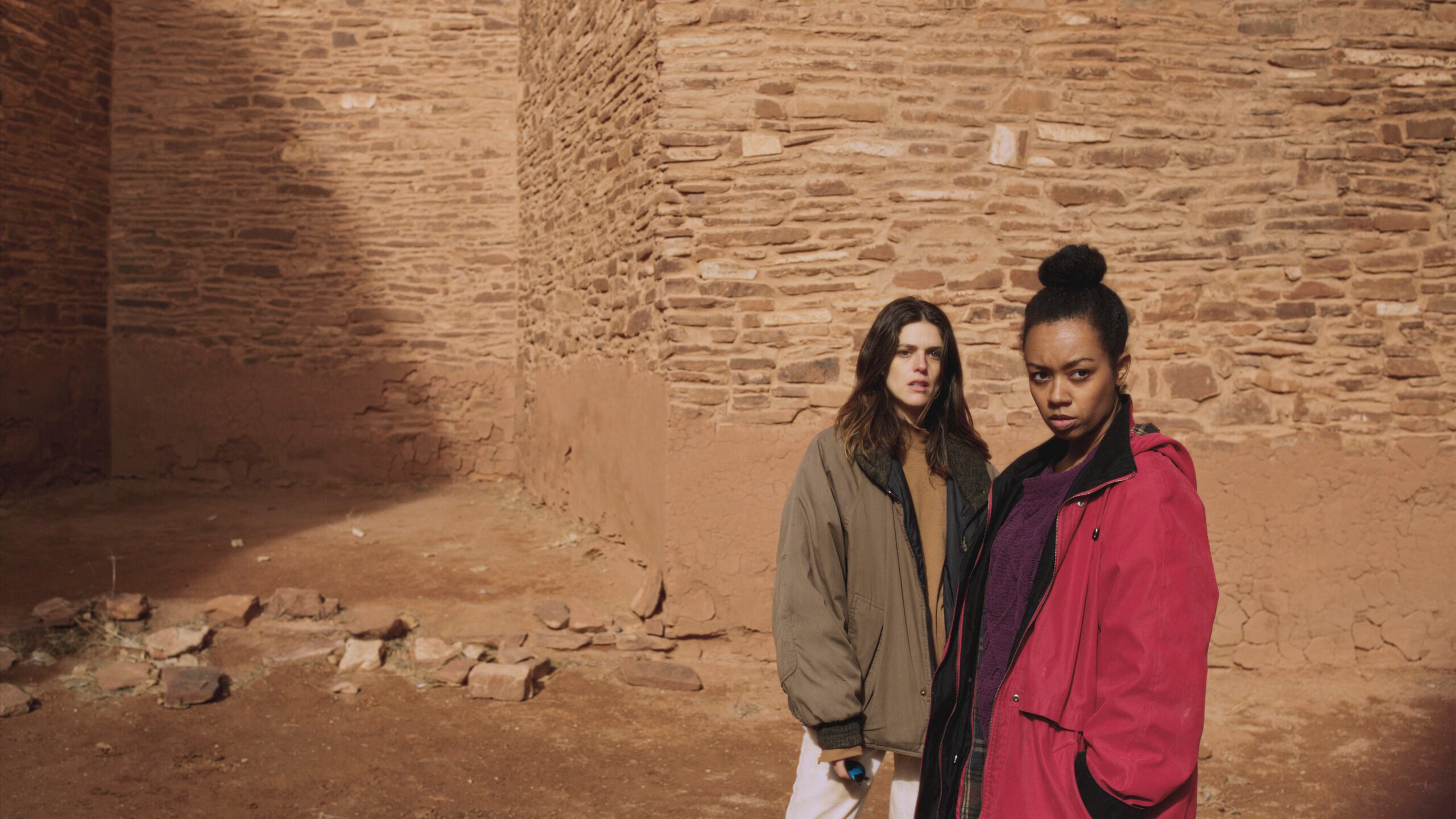 Trauma dictates the behavior of everyone in Jethica. Ghosts wander the barren New Mexico landscape, their lingering presence a constant reminder of pain. Pete Ohs latest film finds two people inexplicably followed by specters of their past as they discover the importance of companionship in order to process and move forward from traumatic experiences. A solid feature film that is arguably stretched further than it warrants, Jethica is a fascinating exploration of abuse and how it sticks with its victims even after it has stopped.

Running away from her past with the dead body of her stalker ex-boyfriend in her trunk, Jessica (Ashley Denise Robinson) is confident she’ll be able to move beyond her pain. However, a chance encounter with an old friend, Elena (Callie Hernandez), is only the beginning of her past catching up to her. A cup of coffee later and Elena finds that Jessica’s ex-boyfriend, Kevin (Will Madden), may be dead, but he’s definitely not done leaving her alone. His ghost now spends every day and night outside Elena’s mobile home waiting for Jessica to come out and accept their future together.

The vast New Mexico desert serves as a reminder of the open potential to escape, but Jethica ensures that no matter where Jessica turns, Kevin is there. This physical presence that can’t touch her anymore but still burdens her accentuates Ohs’ vision of abuse’s stranglehold on its victims. The only option to get rid of Kevin for good is to either accept his presence forever, or find him a companion to spend time with instead (or more darkly humorous, get a ghost to kill Kevin because only ghosts can kill other ghosts in this world).

“Do you remember how you died?” asks Jessica, recalling a traumatic experience for Kevin much in the same way that his presence and voice recalls their abusive relationship. This pain and torment should be deeply affecting, hurling an emotional gut punch to its characters – but there’s something off about Jethica that never feels right. Its humor is occasionally incisive, but the film’s approach to navigating trauma is deflated by silly remarks and a general indifference to what’s happening around Elena and Jessica. It’s merely a complication to resolve.

Perhaps that’s why Jethica feels stretched past its breaking point. Elena’s own story is nowhere near as interesting as Jessica’s, nor does it feel as crucial to the plot until it finds a way to tie it all together. Ohs’ film is already brisk at a 70-minute runtime, but it meanders and explores Elena with far less conviction than it does Jessica, posing the question of whether this should have been a tighter short film than a brisk feature length. The setting and minimal characters already keep things small – but the film pads itself out with diversions, an okay framing device, and jokes that undercut its intent.

Jethica is almost great though. It’s got an endearing quality to it with its two main actors who have excellent chemistry, and Kevin’s obsessive, skewed perspective on things allows for meaningful conversations between the abuser and the abused. The tone almost works well together, but is occasionally played up too light to bear weight. It’s a film about trauma and abuse, but it sometimes wears itself like it’s just about a ghost who can’t let go – which is a bad takeaway from a film where the ghost is the bad guy.

South by Southwest celebrates the convergence of the interactive, film, and music industries. Follow our coverage all month!

David Cronenberg’s Crash at 25: The most Controversial Film You Will Ever See