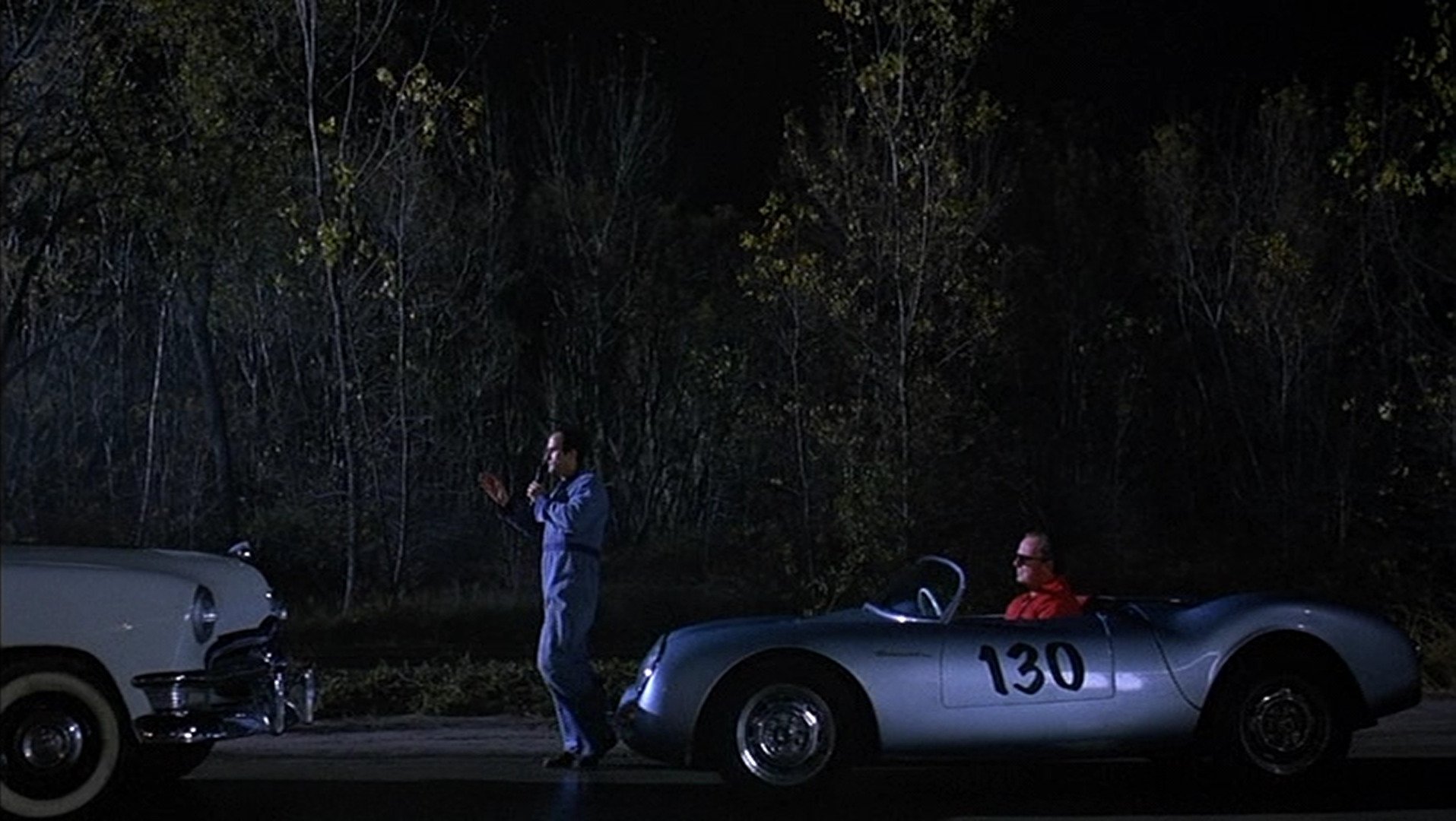 With Crash, David Cronenberg further proved himself to be a filmmaker ahead of his time…

While the 1996 adaption of J.G. Ballard’s novel of the same name isn’t entirely Cronenberg’s deformed brainchild, his chilly, detached direction lends itself perfectly to the atmosphere and mood of the film that portrays the streets of Toronto as a sea of machinery and metallic debauchery. This doesn’t, however, undermine the layer of humanism that’s trying to budge above the surface. The film ultimately chronicles characters trying to do something they don’t know how to achieve, and the inherent sadness and contradiction of trying to connect on a humanistic level through the passionless cut off nature of machinery.

The film never explicitly states the intentions of the now permanently disfigured members of this machinery-obsessed sexual collective, but they are more apparent the deeper they get into the rabbit hole of kinky sex and machinery. What feels like the main set piece of the film contains three characters (James Spader, Deborah Kara-Unger, and Elias Koteas) entering the tunnel of a car-wash. This enclosed environment inundates the three characters in machinery and artificiality. While having the car as protection, James Ballard (Spader) is an observer of the sexual attempts to become one with technology, or even to become outside of one’s self. But as hard as they try, the humanistic urges of sexual interaction override the desire to be emotionless vessels. And throughout any sex scene in this film, the outbursts of humanity amongst machinery can become especially apparent, considering the emotional suppression these characters go through.

Love in the dying moments of the twentieth century.

Probably the most infamous scene in the film is at the same time the most humanistic, albeit in an extremely perverse way. In what looks to be feverish desperation, James tears through the metallic braces of Gabrielle (Patricia Arquette) in order to penetrate her large wound covering her inner thigh. This is ultimately an act of desperation. James needs some kind of flesh related connection in amongst this world that surrounds him with artificiality and supposed perfection. He takes a human imperfection and literally fucks it, as a kind of relief and unintentional affirmation of who he is as a human being.

The final scene of the film best represents the literal and figurative crash for our main characters. After playing a seemingly silly game of chase on the freeway, James causes his wife to total her car on the side of a grassy hill. He pulls her out of the wreck and begins to have sex with her outside of the wrecked vehicle, on a patch of green grass. This moment of self-realization allows for James and his wife to finally separate themselves from their metallic personas and finally embrace their humanistic urges.

Editors’ Note: The article was originally published under our old brand, Sound On Sight.