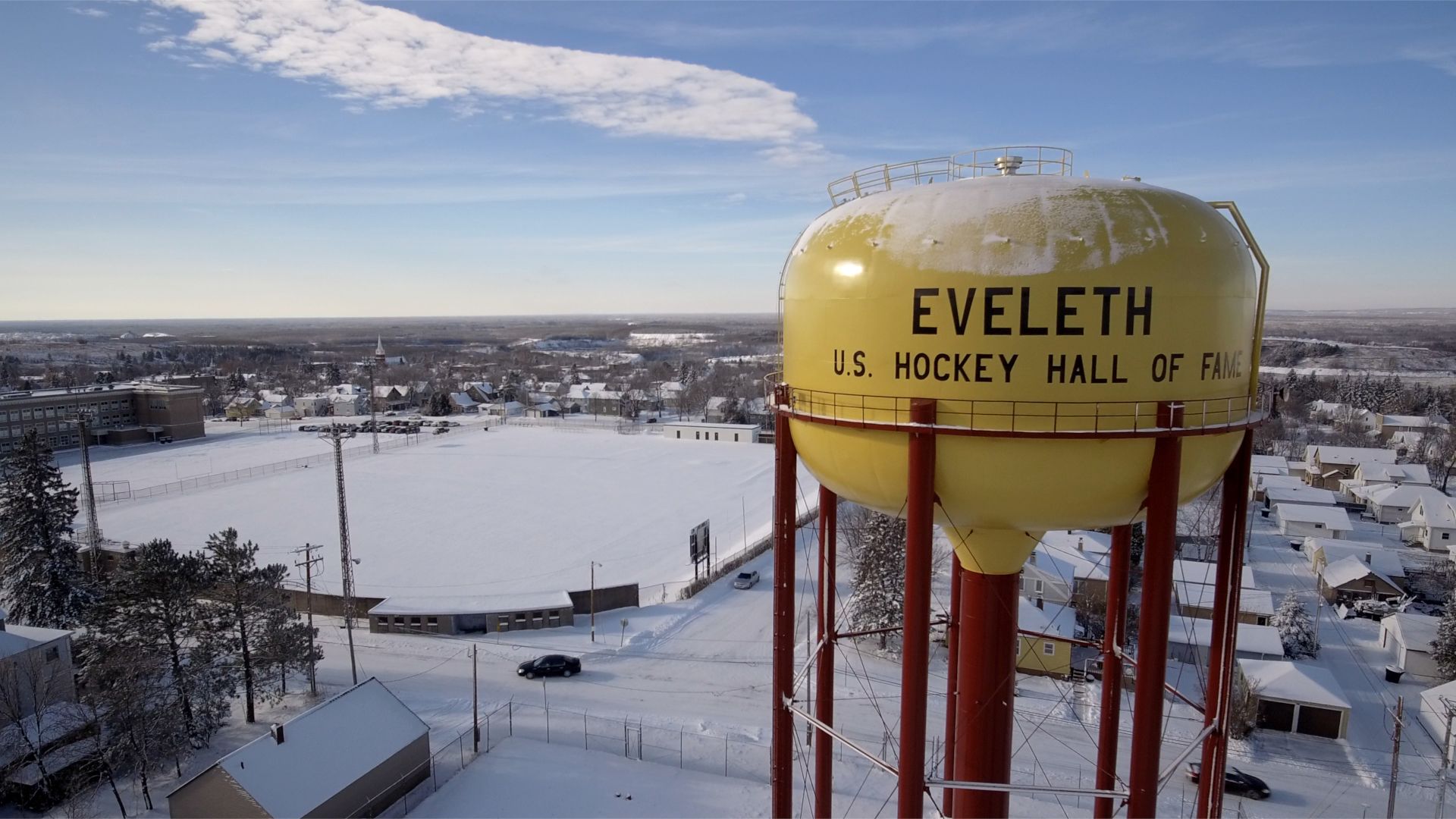 If Minnesota high school hockey has any type of major public profile these days, it’s mostly because of the annual video reel produced by John King featuring the state tournament’s best hockey hair. It’s always good for a laugh, even if it’s clear by now that a lot of players are specifically styling their hair to get themselves into the video.

Hockeyland, a new documentary from director Tommy Haines, takes a much less light-hearted approach to hockey in the Land of 10,000 Lakes, covering a season in the life of two rival schools, Eveleth and Hermantown, both located in Minnesota’s northern, rural, and very cold Iron Range.

Eveleth is a town with a serious hockey pedigree, hosting the U.S. Hockey Hall of Fame, and also the distinction of winning Minnesota’s first-ever state championship in hockey. But the town and team have seen better days, and the high school faces the possibility of merging with that of a nearby town, which would mean the end of their storied hockey program.

The power has shifted to Hermantown, a town about 50 miles away whose program has risen as Eveleth’s has fallen. Haines’ film follows both programs over the course of a single season, as one of them even advances to the state tournament, even making an appearance in that year’s hockey hair highlight video (they were dubbed “HAIRmentown.”)

The focus, mostly, is on the seniors on each team, and the different directions their lives might take once the season is over.

Disclosure: I am from Minnesota myself but from a very different part of the state. I also never played hockey, though where I’m from you pretty much have to start at age 5 or else never play at all. But I always watched the state hockey tournament growing up, and most of the schools and towns mentioned in the film — Warroad, Bemidji, Mahtomedi — are names I remember well from high school hockey tournaments past.

Hockey is a very provincial thing in Minnesota; when the NHL’s Minnesota Wild began play in 2000, they also debuted a song called “State of Hockey Anthem,” whose lyrics state “We were raised with the stick/And a pair of blades/On the ice we cut our teeth/We took our knocks/In the penalty box/Our mother was the referee,” before pivoting to resounding anger over the departure of the previous NHL team, the North Stars, in 1992. (“The day they try to take this game/Is the day the gloves come off.”) This is a spirit that the film captures quite well, by the Minnesota native filmmakers.

However, the way the film is structured doesn’t reinvent anything when it comes to the sports documentary form. We see game footage, coaches in locker rooms giving inspirational speeches, and human interest angles involving the athletes, including one injured player and a mother who is battling both cancer and MS.

Still, the formula is executed very well, and between the small-town setting, the way the coaches speak, and the choices of music, the project is clearly highly influenced by Friday Night Lights (only the sport, the climate, and the accents are different.) The prospect of the high school possibly having to merge with another was a Friday Night Lights plot as well.

The filmmakers have told a compelling story, and they were lucky in other ways too: filming wrapped up at the end of the state tournament in 2020, literally days before COVID began.

Hockeyland is getting a theatrical release, including throughout the state of Minnesota, and I could see it gaining a big streaming audience once it lands there.

Honk for Jesus. Save Your Soul. Is a Stunning Portrait of Internalized Homophobia