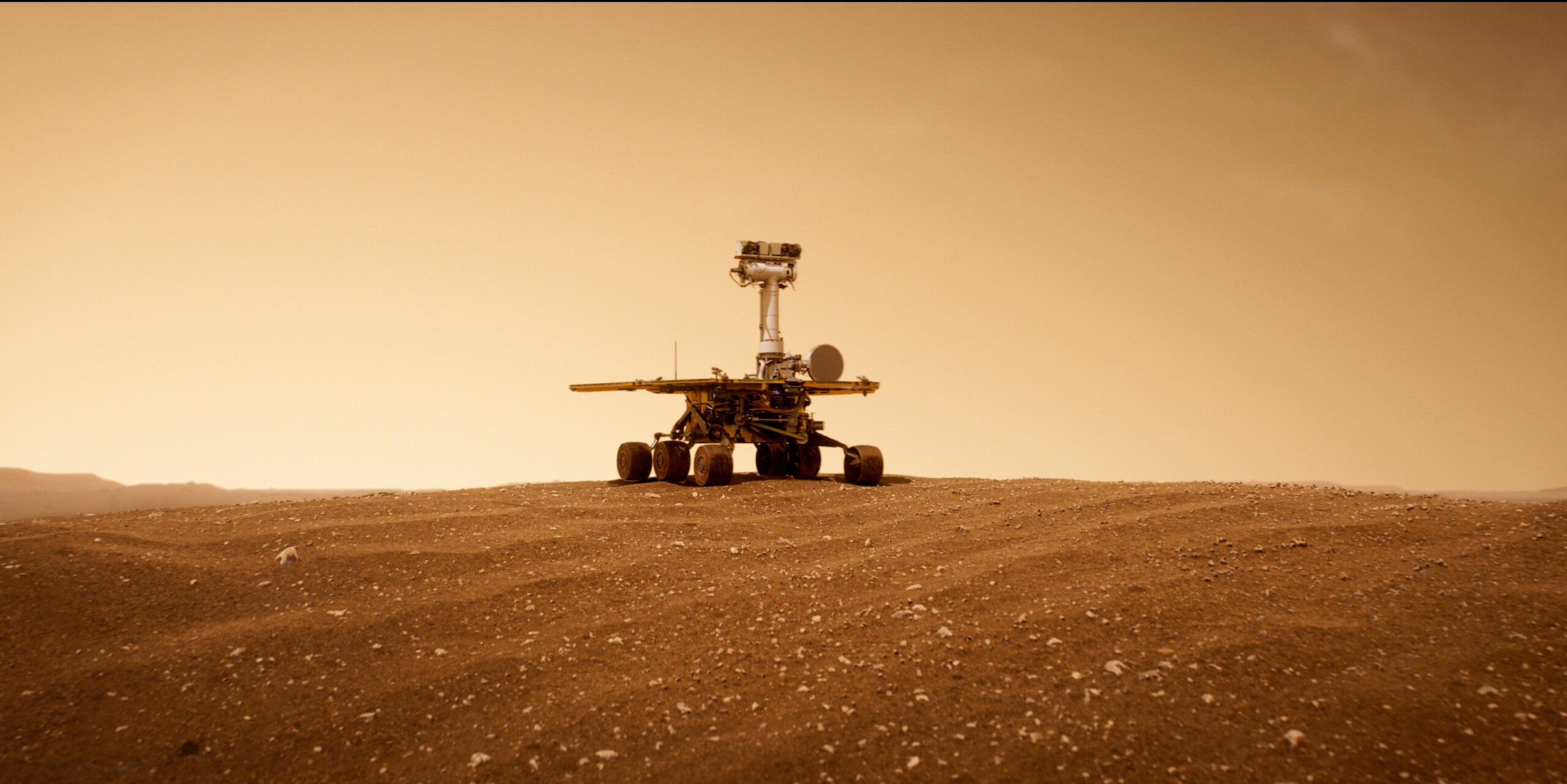 A documentary about NASA and space,  Todd Douglas Miller’s Apollo 11, was the best nonfiction film released in 2019. Another one, Good Night Oppy, may very well be the best of 2022.

It’s a film about the Mars Rover known as Opportunity (Oppy) for short, which was dispatched to Mars and was only supposed to keep working for a few months. But Oppy ended up having a life of almost 15 years on Mars. It also helps that Oppy is very cute, and somewhat resembles WALL-E.

It’s a film that feels a lot like a Disney/National Geographic collaboration, but it’s actually from Amazon and will land there in late November.

Is Good Night Oppy corny? Absolutely, and the presence of Amblin Entertainment among the production companies is very much apropos. But it’s corny in the best possible way, and genuinely moving in the way true stories about scientists and robots rarely are.

Good Night Oppy is the story of Oppy’s life and death, but it’s also very much the story of the NASA and JLP (Jet Propulsion Laboratory) scientists who created, launched, and tracked Oppy’s program. At a time when government bureaucrats, especially very smart ones, have been unconscionably demonized, this is a celebration of some extremely likable nerds. They’re people who are good at what they do, and also very visibly love what they do.

After all, this type of work is extremely specialized. It’s not like if Oppy breaks down, the scientists can fly to Mars to perform repairs.

The scientists very clearly have humanized these robots, something drawing analogies to their own children, and sometimes to other things.

Opportunity, along with Spirit, was launched toward Mars in 2003. Spirit lasted about seven years, and Oppy just kept on going until 2018.

We also “see” Oppy, through Mars footage assembled by the effects team at Industrial Light & Magic. Maybe someday documentaries will be able to film on Mars, but that seems a ways off. The film also sports one of the year’s best musical scores, from Blake Neely.

Good Night Oppy was directed by the very prolific Ryan White in the latest of a long line of thought-provoking documentaries; White is starting to resemble Alex Gibney, albeit with a higher hit rate.

Just in the last few years, he’s made compelling docs about Serena Williams, Dr. Ruth Westheimer, the Beatles’ secretary, and the assassination of North Korean dictator Kim Jong-un’s half-brother. That’s in addition to Visible: Out on Television, his five-part series on Apple TV+ about the history of LGBTQ representation on television. Outstanding as Assassins, the North Korea one, was, this is White’s best doc yet.

Some reviewers have called the film a “commercial” for NASA, the JPL, and the other entities involved with the project. That’s true to a point, but this isn’t exactly propaganda, the way Return to Space, on Netflix earlier this year, did little but extoll Elon Musk and SpaceX. There are plenty of critiques to make about the space program, but I’m happy to leave those for other documentaries.

Good Night Oppy has been on the festival circuit all far, including Telluride and Toronto; I saw it during the Philadelphia Film Festival this week. It’s set for a theatrical bow on November 4, before landing on Amazon Prime Video on November 23.