The end of the world has never felt more bizarre than in the black-and-white, black comedy stylings of Friend of the World, a perpetual grey zone caught between salvation and destruction, lightness and horror.

A mere 50-minute bolt across the arm, the film plays something like 10 Cloverfield Lane directed by David Lynch. A mixture of a traditional existentialist play (characters stuck in one location and can’t find any way out of the constructions of their own minds) and a standard zombie movie (with the threat of death only a bite away) it finds a unique way to portray an irrevocably changed, and changing, world.

It starts with the young Diane (Alexandra Slade) waking up in a room full of dead people. She was filming an art project in the mountains when the military rounded up her friends and started shooting. She climbs down an elevator shaft, where she meets the older Gore (Nick Young), who immediately disparages her work and accuses her of smoking too much weed. But slowly but surely, they realise they have to work together in order to find their way out of this weird quagmire.

They are both filmmakers, but with diametrically opposed styles. For the most part we appear to be in Gore’s world — a strange, hopeless place filled with mutating creatures, surrealist flourishes and bizarre non-sequiturs. But these black-and-white images are also interspersed, Raging Bull-like, with Diane’s boxy home-footage; romantic shots of a gorgeous, now-forgotten world. In them, she testifies that the world is a “beautiful, chaotic mess, I find difficult to embrace” and that she’d give up anything to “truly live.” Friend of the World puts that message to the test: having avoided the collapse of the world, she may be living more than ever. But is this quite the life she envisaged?

While Diane might be having a rough day, Nick Young is having a grand old time as Gore. Veering close to a parody of Sterling Hayden in Dr Strangelove, he chomps his cigarillos with relish and delivers wisecracks with cutting venom. He is well prepared for the end of the world: one even gets the sense that he is enjoying it. Young’s performance lifts what could’ve been an inconsequent film into something rather grand; holding our attention when the action lags and director Brian Patrick Butler tries things that don’t quite work.

All in all, this is brave, fascinating stuff. Given the current state of the world, and the way it seems to be disintegrating at a rapid, often-confusing pace, Friend of the World — which wrapped filming in the equally dystopian year of 2016 — feels like a genuinely authentic attempt at capturing this sense of disorientation; mostly by not trying to tie things up in too neat a knot. While the execution is far from perfect, its crackling black-and-white images, acute body horror and existential conversations, maintain a captivating effect. This is how you take on a genre that has been done to death.

TIFF 2020: Get The Hell Out is Infectious and Unrelenting

Almost Famous at 20: The Sweetest Rock ‘n’ Roll Movie Ever Made 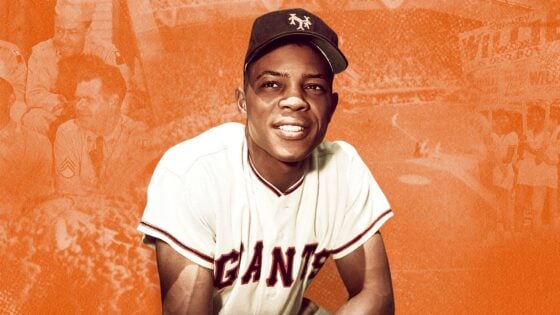