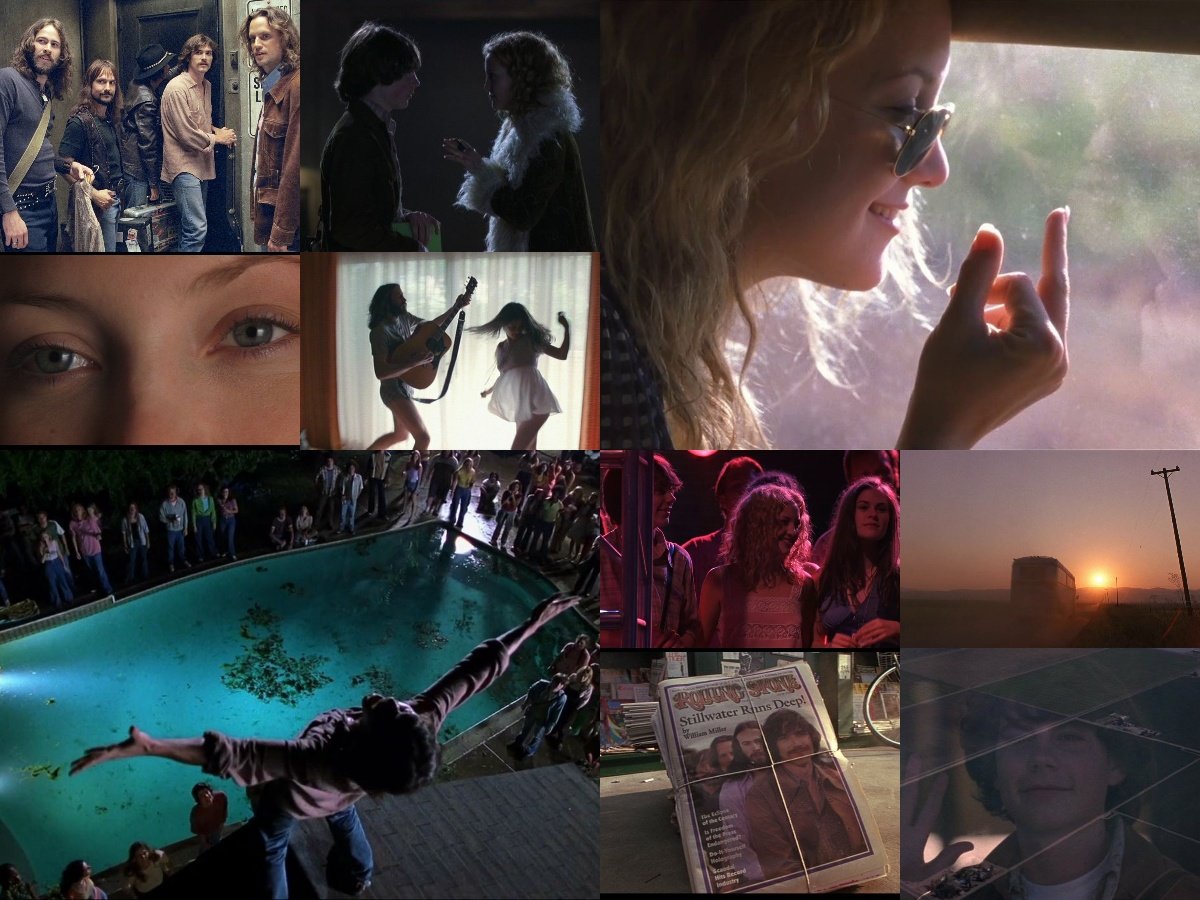 Cameron Crowe’s Almost Famous is a great rock ‘n’ roll movie, an even greater coming of age movie if only a so-so journalism movie. It’s also arguably the best feature film Crowe has directed – it’s neck and neck with Say Anything... – and also the last good one.

The film debuted at the Toronto Film Festival in September of 2000- 20 years ago this week – and was released later that month. Almost Famous, which lacked a title until shortly before its release, is Crowe’s largely autobiographical telling of his days as a teenager writing for rock magazines like Rolling Stone and Creem in the 1970s.

Almost Famous is one of the best films of the early 2000s.

Soon, he’s on the road with the up-and-coming band Stillwater, led by guitarist Russell Hammond (Billy Crudup) and singer Jeff Bebe (Jason Lee), and it’s a subplot throughout the movie that William’s still waiting for a crucial one-on-one interview with Russell, the sort of feeling that’s likely familiar to many journalists. He also gets to know the “band aids,” a coterie of groupies led by Penny Lane (Kate Hudson, in what’s by far the best performance of her career.) And throughout, he’s getting phone calls from his concerned mother (Frances McDormand) who disapproves of rock ‘n’ roll.

The film is mostly based on Crowe’s experiences, following around such bands as the Allman Brothers, although Crowe was slightly older (16) when he started, and his editors at Rolling Stone were perfectly aware of how young their contributor was at the time.

Almost Famous is one of the best films of the early 2000s. It beautifully captures the spirit of the area where it was set. Crowe’s passion for the very personal subject matter is apparent in every frame, and Hudson’s performance is absolutely electric. Crudup – never quite a movie star, but still a key part of a surprisingly long list of great movies – isn’t far behind. And the film sports one of the best soundtracks ever, even if the songs by the fictional Stillwater aren’t especially great.

The “Tiny Dancer” scene, of course, is legendary:

And the film assembles its parts into one of the most satisfying endings in the history of movies:

No, it’s probably not advisable for a 15-year-old to go on the road for weeks at a time with rock stars and groupies, especially not in the ’70s. And I say that not only as a parent but as a journalist.

Not only does William have zero training as a journalist, but as the film demonstrates, a kid his age both lacks the emotional maturity for such work, and isn’t going to be able to resist the temptation of, as Bangs warns, “making friends with the rock stars.” Even if he does get things right eventually. The film shows that while William may have an understanding of music and of writing well beyond his years, he doesn’t quite have an adult’s knowledge of interpersonal relationships.

Bangs, early in the film, declares rock ‘n’ roll “over”- a sentiment that’s been present, to some degree, at just about every stage of rock history. Indeed, it’s a look back at a bygone era, when rock journalism mattered, and when travel budgets were plentiful. Creem magazine is long gone – though it was the subject of a fun documentary earlier this year – and while Rolling Stone remains, it’s hard to remember the last time it published a significant piece of rock writing.

Meanwhile, the line about “tasty-looking high school girls” likely wouldn’t have been included had the movie been made today, though some of the real-life stories of ’70s rock stars likely make it look tame. The part while William kisses Penny while she’s in the middle of overdosing? Not so great either.

Crowe’s film is also memorable for small performances by-now-familiar actors like Zooey Deschanel, Anna Paquin, and Jay Baruchel, and cameos from the likes of Rainn Wilson, Eric Stonestreet, and Marc Maron, who plays an irate concert promoter, and whose line from the film (“lock the gates!”) is included at the top of each episode of his podcast. There’s also a small performance by Jimmy Fallon, during his brief career as a movie actor before he became a talk show host.

Almost Famous got great reviews upon its release, and while it wasn’t a huge box office hit, the film emerged as a cult favorite in the ensuing years, especially once it hit DVD, including a director’s cut, called Untitled, that many fans swear by. There’s also the famous deleted scene in which William tries to change his mother’s mind about rock by playing her “Stairway to Heaven”- a song for which Crowe was unable to gain the rights:

Oddly enough, Crowe’s greatest triumph was followed by a long losing streak. Vanilla Sky, which arrived a year later, left most viewers scratching their heads, and his next few feature films – Elizabethtown, We Bought a Zoo, and Aloha – inspired widespread loathing. Crowe also created a quickly-cancelled Showtime show called Roadies, although he has found more success of late with rock documentaries, including 2011’s Pearl Jam Twenty (which he directed) and last year’s David Crosby: Remember My Name, for which he was both producer and narrator.

Almost Famous isn’t available on any streaming service currently, but it’s available as a VOD rental, and airs semi-frequently on TV. It may not be something that should be taught in journalism classes, but it’s still one of the more enjoyable and heartfelt films of its kind.