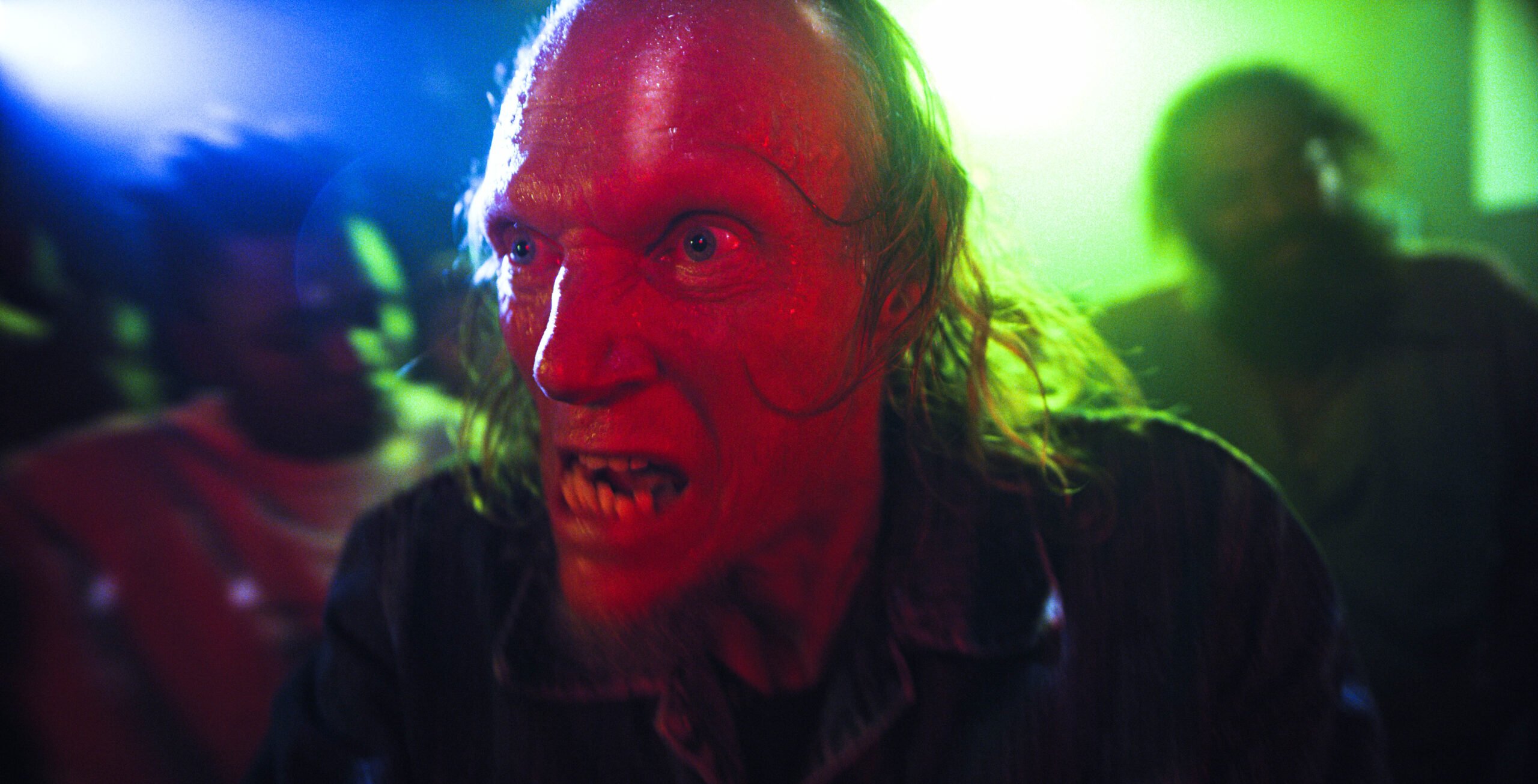 You probably haven’t ever seen Gary Green, the star and title character in the new South African gonzo horror movie Fried Barry, ever before. Green is a stuntman-turned-actor who was born in South Africa, and his IMDb page is full of roles with names like “Crazy Guy,” “Crazy Patient,” “Cannibal,” “Human Trafficker” and “Viking.”

But in Fried Barry he not only gets a name – Barry- but a starring role, as a drunken drifter who gets abducted by aliens, who seek to use his body to observe humanity. And that means having a lot of sex with different women and doing a whole lot of killing.

Directed by Ryan Kruger, and credited as “A Ryan Kruger thing,” the film can best be described as scuzzy and skeevy. But Green’s performance, which is nearly wordless, brings the film into other great all together. Sporting a goatee, hair that’s balding on top and growing in the back, and uncommonly crooked teeth, Green has just got one of those great movie faces.

About that face: it’s one that’s perfect for a role in which much of the main tension is about whether the alien-possessed version of Barry is much of a better man than the original human version. Of course, it helps that the character who emerges as his main antagonist turns out to be a chainsaw-brandishing pedophile.

Fried Barry, which debuts on Shudder Friday following a 2020 festival run that included a stop at Fantasia Fest, is very much a homage to the canon of classic grindhouse cinema, complete with an intermission reel at the halfway point. It has that in common with PG: Psycho Goreman, another comedic horror throwback, one not from South Africa but Canada, that also debuted on Shudder earlier this year.

Green’s Barry is introduced as a drunken degenerate and drifter. Soon after, the sci-fi plot kicks in and there’s a full-on psychedelic alien abduction, which leads to Barry being possessed by an alien being. In addition to that, there’s a sequence set in a mental institution, very instances of body horror, and perverse explorations of weird corners of Cape Town, South Africa.

If it weren’t for the Sundance oddity that was Mother Schmuckers, Fried Barry would undoubtedly go down as the year’s best new midnight movie.