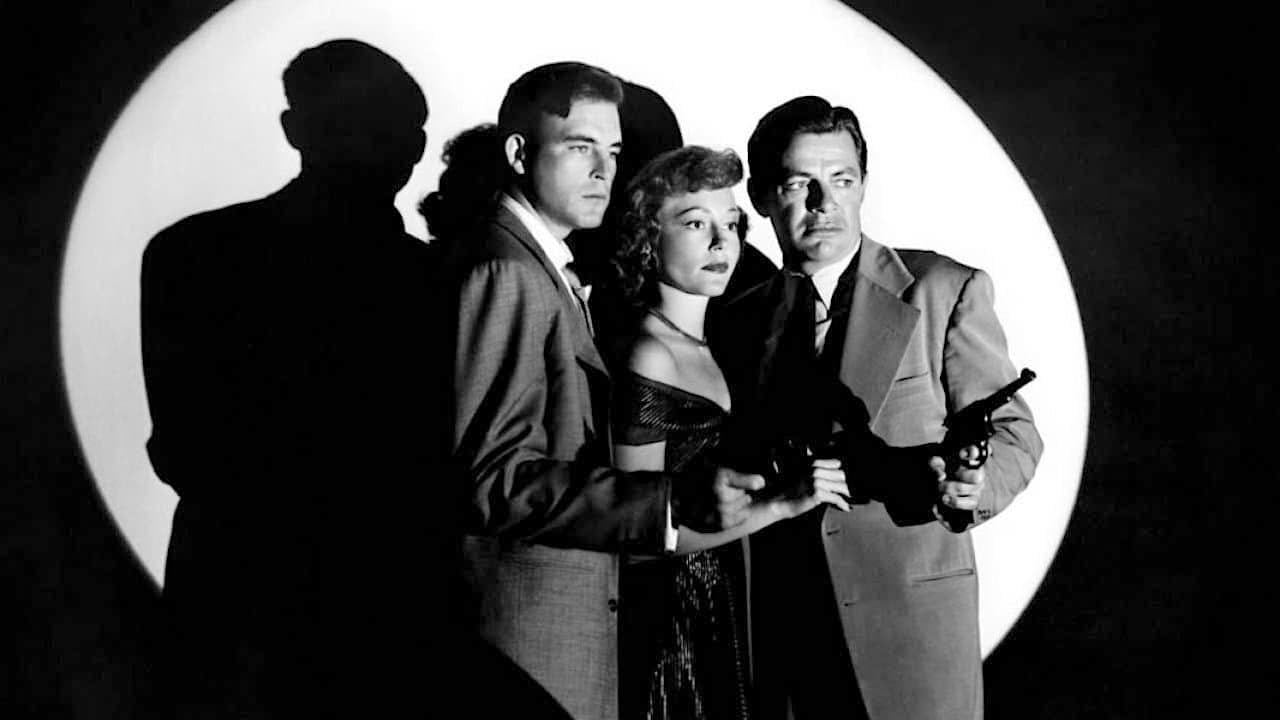 Ports, much like airports and border crosses, are among the most important gates through which returning citizens, visitors, and imported goods much pass in order to step onto a territory’s soil. The level of security associated with such to and fro activity is unfathomable, ranging from the verification of travellers identification pieces to the inspection of whatever goods said arrivals want to bring with them into the new country or state. Just ask New York customs agent Jim Flannery (Richard Rober), tasked with investigating the sudden disappearance of drugs originally intended for medicinal use. Enter narcotics officer Michael Waters (Scott Brady) who, together with Jim Flannery, is on the prowl for the stolen goods. A suspect presumed to be involved with the clandestine operation, Toni Cardell (K.T. Stevens) is pressured into confessing critical information, although she fears for her life, for the scheme’s ringleader is Paul Vicola (Yul Brynner), a man no one should ever dare betray.

There exist an impressive number of crime thrillers from the 1940s and even early 1950s that employ the use of introductory voice-over narration to impress (some would argue coax) viewers of the day with the difficult tasks of safeguarding the United States against whatever particular threat the given film is about to explore. In some examples, the Los Angeles police department is exposited as a shining beacon of justice. Port of New York follows that same tradition, only this time it is the coastguards, customs and narcotics divisions on the Atlantic side of the country that gets to bask in the glow of an inspirational opening speech. This is typically referred to as the ‘docu-noir’ style, in that a piece of fictional storytelling is, through the efforts of the filmmakers, grounded as much as possible, as though audiences were reading a newspaper article or watching a documentary as opposed to a newly conjured adventure courtesy of Hollywood scribes.

From there, director Lazlo Benedek follows the trials and tribulations of the two aforementioned officers as they and their many colleagues track down each subsequent piece to the puzzle, inching ever closer to the location and identity of the criminal mastermind behind the operation, but also risking their lives in the process. The film is, therefore, another addition in the long line of detective procedurals, where part of the thrill is witnessing how exactly Michael and Jim go about their business, sniffing out possible avenues, questioning characters of dubious moral standing, and generally acting like a couple of seasoned, cool cops who know how to handle themselves nearly wherever they go. Actors Richard Rober and Scott Brady make a compelling, amiable tandem as they strut their investigative experience and occasionally smarmy attitudes in the face of lowlifes that miserably try to avoid divulging information that would otherwise see them the target of the immediate assassination on the part of the conniving Paul Vicola. They play well off of one another, coming off as a duo of authoritative figures that is easy to root for, both for their personalities and abilities.

That said, neither is capable of measuring up to a very young, amazingly gifted Yul Brynner, sporting hair no less. Port of New York is the legendary performer’s first feature film role, and while he does not earn the same amount of screen time as those portraying the protagonists do, there is little point denying his screen magnetism. In a word, the man is electric. His Paul Vicola is not an easily excitable chap, yet there is a powerful, undeniable strength of character beneath his unnervingly calm façade. He does not yell, nor does he explicitly make threats to his next victims. Despite that, there exists an underlying ruthlessness to his mannerisms. Sophisticated though he may present himself, the man is a killer.

Danger lurks around many corners in Port of New York. The filmmakers squeeze as much tension as possible at every plausible opportunity, be it when a hapless pawn is at Vicola’s mercy or when Michael and Jim are snooping around premises where any false move can lead to their investigation being thwarted, or worse. What’s more, director Benedek does not hesitate to exemplify the danger the characters dance with, offing some that viewers would have guessed would have lived to the end of the picture. Going head to head with or even working for a drug lord incurs great risks, with certain characters paying the price in grisly fashion.

Benedek and company also offer a nice variety to the action, sending Jim and Michael to night clubs where unfriendly eyes stare them down, to secretive meeting spots where maybe one of Vicola’s minions will break the code of silence and help the officers, and even undercover at one of the docking bays suspected of being used by Vicola as his base of operations. In one of the film’s more lighthearted sequences, they grab a hold of Dolly Carney, manager of a nightclub whom they believe knows who is buying and selling the narcotics. Dolly, played with extraordinary energy by Arthur Blake (an amusing performance, albeit one that feels as though it belongs in a different film), is held for questioning during the entire night. The harsh questioning of the cops, the ticking clock, the fear of Vicola’s wrath, all of this places an immeasurable weight on the weak man’s shoulders as he nearly goes insane by the next morning.

Lastly, it should be noted that Port of New York makes terrific use of the city and harbour of New York. Director of photography George E. Diskant forgoes the impressionistic qualities many of his contemporaries did, preferring to steep the visuals in gritty realism, in essence supporting the filmmakers’ intent to sell the movie as being akin to a documentary. There is a great sense of grime and sweat at the harbour and the city streets, which is juxtaposed against Vicola’s Manhattan condo, the latter styled with the plushness worthy of a first-class criminal wanting to live comfortably in the Big Apple. The film does not earn many points for demonstrating ostentatious visuals, but it gets the job done insofar as it wants to convey a realistic portrayal of the city’s many faces.

There is a sizeable amount of fun to be had with Lazlo Benedek’s Port of New York. The sea of docu-noirs of the era is vast and wide, so distinguishing the really good ones from the ones that should be skipped grows increasingly difficult the more entries one watches. While it perhaps does little to differentiate itself in remarkable ways, it at least accomplishes what it sets out to do with relative aplomb. If anything, it is a great introduction to Yul Brynner, one of the great actors that would grace the silver screen for several decades to come.

Key Largo is Both Pulpy and Thought-Provoking