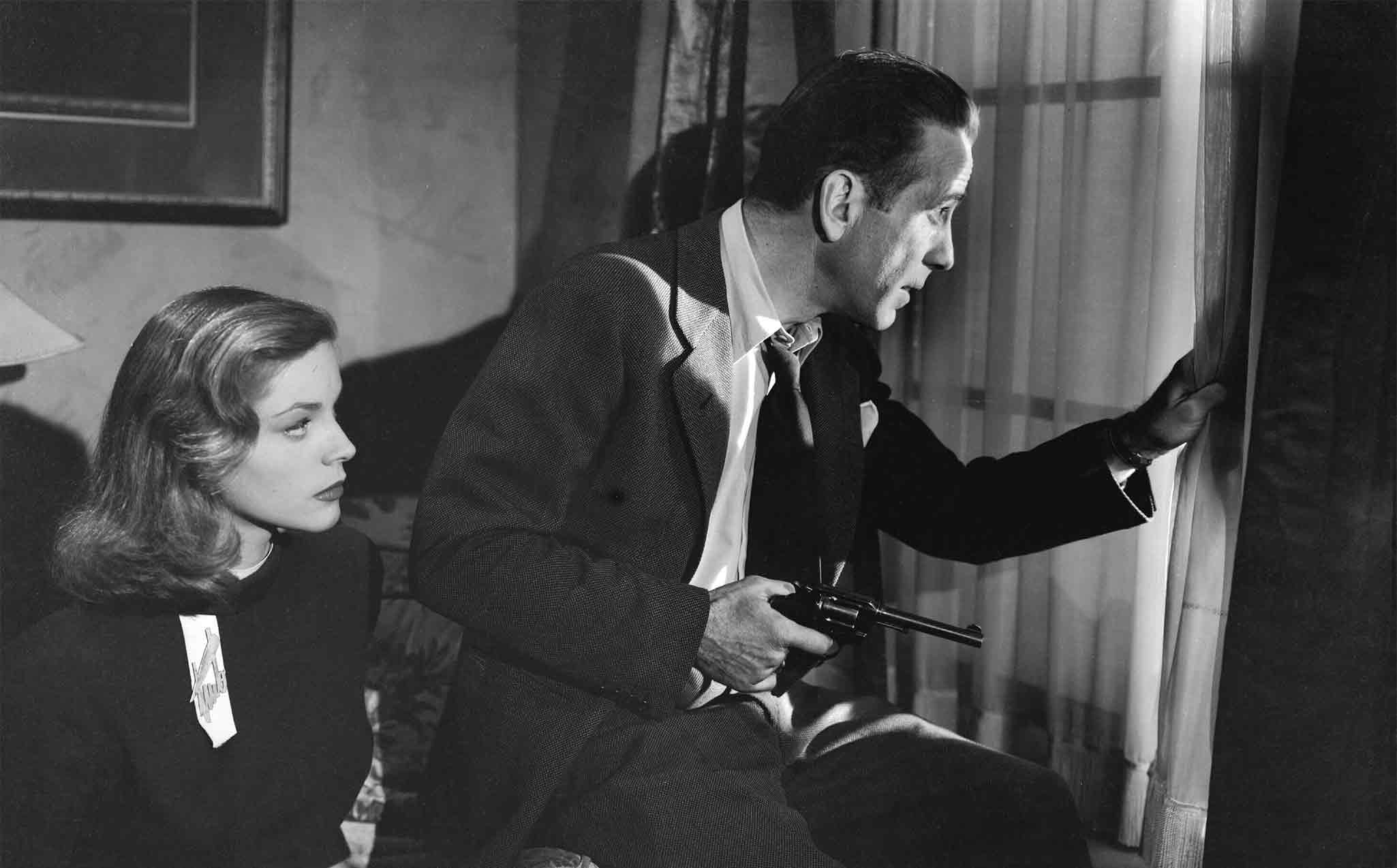 There are, arguably, two minds when it comes to intricately plotted, complex mystery stories. There may exist other, more nuanced opinions, but it feels safe to assume that most people fall into one of the following categories. First, there are those who simply do not have or, quite frankly, want to award said story their time and patience. Too many names, too many different subplots, made up alibis and in the end, it often seems like much ado about, well, not a whole lot. Second, are those who either genuinely enjoy trying to wrap their heads around all the large and minute details a protagonist follows in his or her quest to uncover the truth or maybe do not even invest much stock in the minutia yet still discover a level of satisfaction in seeing someone a bit sharper than themselves unwrap the mystery. Fictional private detective icon Philip Marlowe, a creation from the mind of famed author Raymond Chandler, was one such character who always succeeded in putting millions of puzzle pieces together. 1944 saw the release of a great film adaptation of a Marlowe story, Murder, My Sweet, with Dick Powell playing the aforementioned private dick. 1946 was the year a Philip Marlowe adventure with a lot more star power behind it was bought to the silver screen, The Big Sleep, directed by legend Howard Hawks and starring none other than Humphrey Bogart.

This is where the Friday Noir column habitually provides some details on the plot in a tight little synopsis. That said, one would be obligated to tip their hat to any and all who, after a single viewing of Hawks’ film, can regurgitate even half of the ideas in the right order and make the right connections. Even with the help of ‘old faithful’ (Wikipedia), offering a summary that makes a lick of sense is a titanic challenge. At its most basic, The Big Sleep sees private eye Philip Marlowe (Bogart) called to the magnificent estate of the old, dying General Sternwood (Charles Waldron) who wishes that his youngest daughter, the promiscuous Carmen (Martha Vickers), be rid of her troubles by a large debt she owes a bookseller of collectible editions, Arthur Geiger. All Marlowe must do is ‘get rid of him.’ Fair enough. Not before the detective can even leave the Sternwood mansion does the plot thicken, whereupon Sternwood’s elder daughter, Vivian Rutledge (Lauren Bacall), intercepts Marlowe in order to discover the truth behind what her father wants with him. Talk of an old friend of her father’s who disappeared none too long ago, affections and concern for her younger sister, new names mentioned that would connect Vivian to some unsavory personalities…This is but the beginning of one wild, confusing ride.

For what it is worth, The Big Sleep takes a page, so to speak, out of the playbook of so many hard-boiled detective stories that apparently find pleasure in not only developing richly nuanced characters whose motivations are often amusingly ambiguous but throwing in as many details, revelations, twists and side twists atop the previous twists to make life difficult for the readers, the audience and sometimes the characters in the stories themselves. It has been written that the screenwriters had to call upon the help of Raymond Chandler himself to better understand the fate of one of the many, many characters Marlowe must figure in the story, with the author himself just as befuddled, struggling to make heads or tails of what he had concocted (Hiney, T. and MacShane, F. “The Raymond Chandler Papers”, Letter to Jamie Hamilton, 21 March 1949, page 105, Atlantic Monthly Press, 2000). There is little argument against the fact that The Big Sleep has one of the most complex, convoluted plots of all film noir, let alone detective stories. Viewers may be forgiven, quite easily in fact, for failing to catch up with who is doing what and for what reasons as the protagonist hops from locale to locale, either putting suspects on the spot with new evidence which has come to light or trying to bet cozy with Vivian Rutledge. Barely half an hour into this one hour and fifty-minute film it becomes abundantly clear that the depths at which lay the mystery’s core are far beyond what general Sternwood had contemplated in the opening scene when explaining his family’s predicament to Marlowe. Case in point as to how many events and people are crammed into the picture, a fairly recognizable face of the era and genre, Elisha Cook Jr., pops in with only 20 minutes or so left in the entire movie and dies five minutes later after divulging his tiny bit of intelligence which sense the hero to the next location. On simple plot terms, the film is something of a mess, yet through the overly complex plot, one can extrapolate a number of interesting ideas that speak to the general nature of crime and more directly to the duo of main characters, Philip Marlowe and Vivian Rutledge.

With the exception of John Huston’s The Asphalt Jungle, few noirs are as good as The Big Sleep at showcasing how crime and the often insatiable desire to gain the upper hand on fellow human beings for one’s personal benefit extends beyond the regular classes people are prone to associate with such depraved behaviour. By the film’s conclusion, characters from just about every class and social strata have played a part in making life for the Sternwood’s a living hell. From the upper-class socialites, high roller gamblers, ordinary but desperate men trying to get ahead to real low-level scum, no one particular class is made to look any better or worse than another. Just as the more impoverished act out of despair and malice, the well off either make poor judgments because they do not know any better, what with all the money available to protect them, or out of a general lack of concern for the consequences, a behaviour which can be squarely aimed at young Carmen Sternwood, a brimming example of a ‘too rich for her own good’ youth who goes about her business in true devil may care fashion. Another fascinating angle to the criminal personalities observed throughout concerns the means with which they many rotating characters choose to impose their will, in other words, their weapons of choice. Intimidation at the end of a pistol’s cannon or with fists, sex, money, physical evidence like photographs and letters, knowledge, there are practically no limits to the preferred tools of the criminal underbelly.

Through the mind-bending plot Philip Marlowe, himself becomes an important figure, filling in three types of roles. The first and most obvious is the role of the protagonist, as the man whom the audience follows from start to finish and discovers the same information alongside him. He also serves the role of the entertainer, a product of Humphrey Bogart’s sublime performance. Dick Powell in Murder, My Sweet is a bit rougher around the edges whereas Bogart is playing the part in the same spirit as his Sam Spade interpretation from The Maltese Falcon. While not one to shy away from approaching a problem with aggressive tactics when the situation calls for it, he also makes the character a lot of fun to tag along with. If Robert Mitchum was the king of the hard-boiled, sarcastic one-liner, then Bogart was at the very least its prince. He is cool as a cucumber when confronted directly with accusations and threats, yet displays curious ticks when questioning himself on his leads and analyzing new intelligence by massaging his right ear lobe. It is a tiny detail, granted, yet one which subtly reminds the viewer that even Marlowe himself is not unflappable. Thirdly, he provides some guidance for the viewer through the vast sea of questions, cover-ups, and piling evidence, even if it is in somewhat of a clumsy fashion with such a dense script. Occasionally Hawks gives a scene in which Marlowe reveals his typically correct theories to either friends or foes based on information complied up until that point. A name is mentioned along with a piece of physical evidence or a place the private eye visited not long ago, therefore facilitating, somewhat, the viewer’s comprehension of the plot. Once new characters and new events are brought to the fold, the previous information returns to its suitably indiscernible haze but at least it almost feels like things are making sense.

Intricately connected to Marlowe’s importance in the story is the love angle between he and Vivian, played by the wondrous and inimitably charming Lauren Bacall. Swimming amidst the mystery is a romance the two would-be lovers have difficulty getting off the ground under the strenuous circumstances. To begin with, their personalities do not exactly match well, Marlowe being the wise-cracking blue-collar fellow unafraid of rustling anyone’s feathers, whereas Vivian is very much the upper class, slightly pompous figure, at least at the start of the film. The more they meet (and argue), the more they take a liking to one another in a classic case of opposites attracting. That said, despite that each professes that they fancy the other, their respective steadfastness prevents them from embracing feelings until the moments. Marlowe persists in believing, correctly, that Vivian is in over her head with the criminal minds behind the entire ordeal, unsure as to whether or not she is in cahoots with them or a victim of unfortunate circumstances. Vivian, ready to give in to her passions, is irked by Marlowe’s questions, and as such, they each, on multiple occasions, bring to a screeching halt whatever romance had been blossoming. It provides a nice distraction all the while actually the two developing into multi-dimensional characters.

When all is said and done, The Big Sleep only earns a tepid recommendation. Most of the thoughts shared in the present article are the result of thinking the film over following the initial viewing, not instinctive reactions while the movie was playing. Yes, it is a Howard Hawks film, it is based on a famous novel written by a famous author and stars two heavyweights of the classic Hollywood era, but the fact of the matter is that an hour and fifty minutes is a long time to be assaulted with tons of information that might only sound like gobbledygook for many. What it boils down to is the script issue, a script that ends up being something of a chore to get through. Noir enthusiasts who want to appreciate the widest range of entries but have yet to see Hawks’ picture should nevertheless seek it out, although entering with tempered expectations would be best.

Bullets and Mixed Emotions are a Flying in Gun Crazy