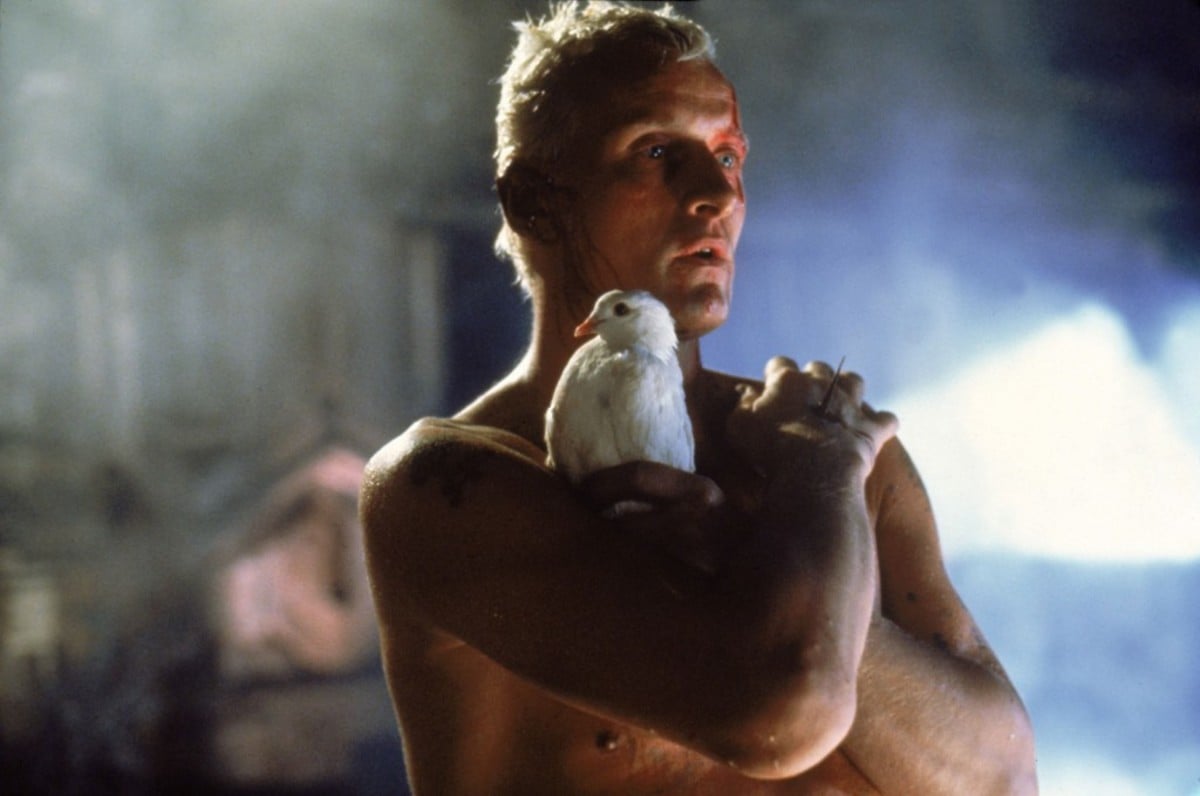 Few science fiction films resonate as strongly among admirers of the genre as does Ridley Scott’s visually arresting, thematically dense 1982 effort, Blade Runner. Even among the director’s several detractors, it is commonly agreed upon that this represents some of the best work he has ever done, possibly his single best film even. It is also used, a countless number of times at this point, as evidence that the Englishman is and always has been an especially gifted storyteller in science fiction, more so than in any other genre. Yet, over the years, as people have watched, re-watched, and studied the film from frame A to frame Z, numerous categorizations other than merely ‘science-fiction’ have been utilized. Blade Runner, in addition to being a sci-fi flick, is also a really good noir story.

Set in the city of Los Angeles in the year 2019, four illegal aliens are afoot in the metropolis. These are no ordinary criminals, however, for they are not even human. Rather, they are what people recognize as replicants, cyborg-like imitations of humans, built and programmed by the Tyrell Corporation with not only the ability to look like a human but very much behave like one as well. Used primarily as slave labour, a band of replicants had revolted against their human masters a few years ago, hence the prohibition of such machines on planet Earth. Now, Batty (Rutger Hauer), Pris (Daryl Hanna), Zhora (Joanna Cassidy), and Leon (Brion James) are searching for their maker, literally, in the hopes that the latter can award them more life, for all replicants have an expiration date. Those assigned and trained to ‘retire’ (not execute) replicants are named the blade runners, one of them being Rick Deckard (Harrison Ford), slightly oafish, very tired and wanting to be left alone, his former employer (M. Emmet Walsh) lures him back to perform the one last task of eliminating the four fugitives. The mission takes Deckard into far deeper emotional and psychological territory than he could ever have envisioned, especially after meeting the latest Nexus replicant, Rachael (Sean Young), so close to being human that he begins to have feelings for her. After all, the Tyrell motto is ‘More human than human.’

There is so much to discuss about Blade Runner and only so many words that can be written before a Friday Noir article begins to more closely resemble a book instead of a regular column entry. Performances, aesthetics, score, and naturally the plot and how it fits comfortably into noir are all crucial discussion points. Small wonder that books have in fact been written about just this movie. The film is very special in that its legions of fans all have incredibly passionate reasons for idolizing it. The fans of sci-fi love the plot which employs high-tech wizardry as the basis for some of its most important characters. Admirers of cinematography and set design ogle at the grandeur of it all as well as the stunning details to be found upon re-watches. Movie fans who go for the actors have a rugged, beaten-up Harrison Ford giving one of his most offbeat, unorthodox performances all the while Rutger Hauer gives what many describe as his most accomplished. Cop story fans get what they want, as do fans of thrillers. Blade Runner somehow gives a little bit of everything for everyone, save perhaps comedy fans. Not many jokes in this picture.

Yes, the presence of a detective and the frequent thriller-inspired sequences do help make Ridley Scott’s film align itself with at least some of noir’s recognizable traits. The mere existence would be insufficient to consider the film for inclusion in this column, however. Nay, it is the story and its intellectual, emotional layers, some of which are unforgettably powerful, that solidify Blade Runner‘s candidacy as a noir. The world of the film is a dark place, both in regard to its aesthetic qualities and the ideas which drive it. L.A. 2019 could not look any drearier than it does in Blade Runner, what with the near-constant rain (with only a select few scenes where the sun pokes through the cloudy sky) and so many of the picture’s critical moments transpiring under the nighttime sky. Juxtaposed against this are the gargantuan advertisement screens which decorate the titanic skyrises, not to mention the innumerable neon and luminescent signs that grace the stores and street corners on the ground level. They are but a mask, a falsity, misleading hints to the real attitude of the Los Angeles of the future. The light should be a hopeful sign when surrounded by darkness, but such is not the case in this interpretation of Los Angeles. It doesn’t offer a reprieve from the darkness, they emphasize it. Overpopulation, filth, and danger are what await those who make it their home. So pitiful are the conditions that massive advertisement blimps circle the city skies, their soundtracks shouting the promise of building a better world off-planet, somewhere far, far away from where the current citizens are rotting. The setting is wonderfully thought up, providing the film with the appropriately depressing, nihilistic backdrop required. The dreams of technological advancement, some examples of which are seen throughout the film (the flying cars, the interrogation tools, the fancy-looking pistols) have failed to provide the human populace with the safety, comfort, and tranquility it was promised.

And then there are these replicants walking about, freak creations from the minds of expert scientists and technicians under the employment of untouchable corporations, in this case, Tyrell. Their very existence brings up discomforting ethical and existential questions. They are not human, technically speaking, they have been given the ability to feel, or simulate feeling to the point where precise, high-tech interrogations are a necessity if a blade runner is to separate real people from their imitations. That is all fine and dandy, yet these machines, for that, is ultimately what they are, are programmed to shut off at a specific date, thus limiting their lifespans to a few years. Their sophisticated computer systems have now enabled them, as can be witnessed from the behaviour of the four renegade replicants in the story, to fear this approaching date and seek out, quite literally, more life. The implications of such a scenario are mind-bending, and now humans are forced to reckon with it. Once again, beautiful promises fail to pay dividends. Killing some people along the way to achieve their goal is unforgivable, granted, but if one ponders their miserable situation, just how much are these appointed antagonists the real antagonists of the picture?

The situation of the replicants extends itself to Rick Deckard’s own journey, not only because of the everlasting controversy surrounding his true nature. He is assigned to liquidate all four ‘enemies’, but along the way makes the acquaintance of one Rachael, Mr. Tyrell’s personal assistant. So perfect is she a machine, so delicately fabricated, that she herself is unaware of her real identity (implanted memories being the single most important reasons why she thinks she is human), that is until Deckard unwillingly destroys her world. The impact of the revelation is so intense that she sheds a tear, now fearing her unavoidable fate and disillusioned by everything she has come to known…or programmed to know, rather. That is how perfect an imitation she is. The love which blossoms between Deckard and Rachael, unexpected and strange as it is, can never be considered forbidden. What would be the point of declaring it forbidden? She is to expire anyhow. As such, it is doomed to failure, without a single possible way to avoid its tragic ending. Regardless of the path she chooses, her time is limited. Deckard, on the other hand, is investing time and lots of emotional energy in something that will never bear fruit, that cannot bear fruit, but he is inexorably tied to her for reasons maybe he himself does not fully comprehend, until the film’s final shot of course. Characters enter a concluding phase of disillusionment towards standards and what should be, preferring to embrace what they feel despite the consequences. It is lose-lose either way.

Blade Runner takes some important traditional noir themes and questions, exquisitely giving each a beautiful science-fiction twist. It is a perfect marriage between the two genres. Sure enough, there is plenty more to admire about the movie than just the intellectual backbone reviewed in today’s article. It is an unmissable film for any self-described movie aficionado but owns particular qualities that noir fans can appreciate.

His Kind of Woman! is a Good Time with Robert Mitchum