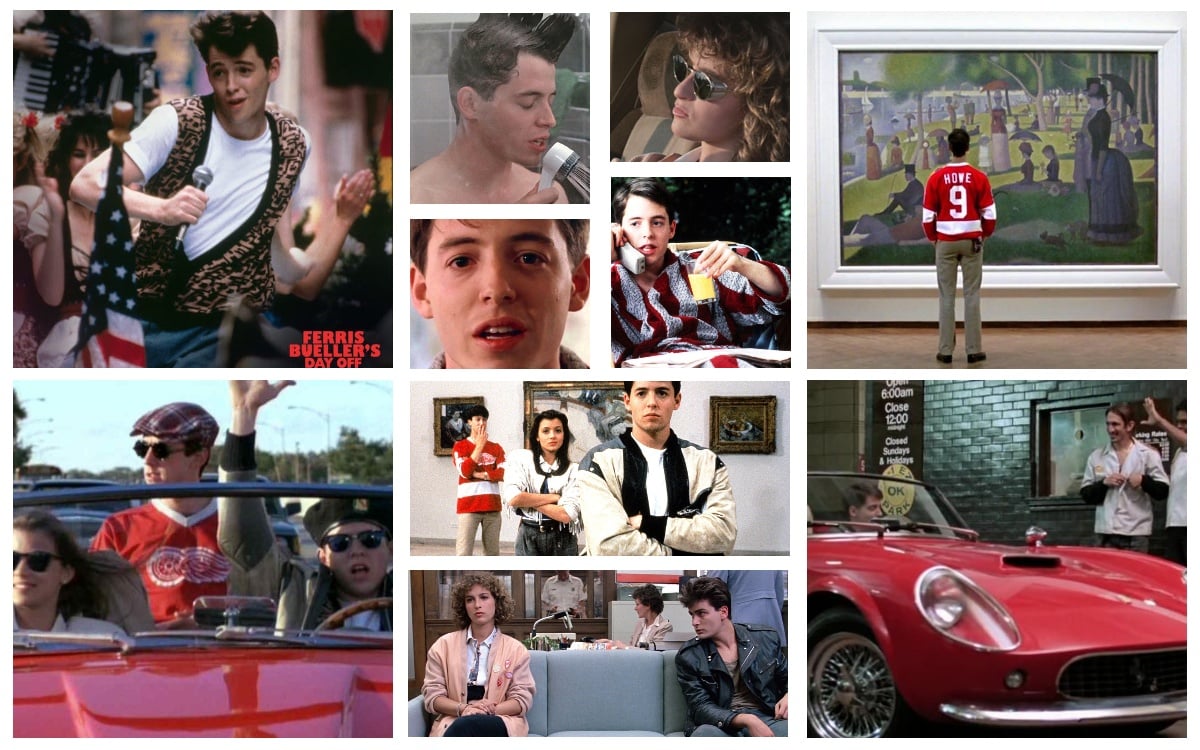 One Man’s Struggle To Take It Easy

Ferris Bueller’s Day Off was released on June 11, 1986, 35 years ago today. The film is one of the most significant studio comedies of the 1980s, the crowning achievement of the career of writer/director John Hughes, and one of the best Chicago movies that’s ever been made.

A movie filled with memorable quotes, great setpieces, and wonderful characterizations, Ferris Bueller’s Day Off was built around the magnetic performance by Matthew Broderick as Ferris, the teenaged high school big man on campus in mid-1980s suburban Chicago.

Ferris rules his high school- part political animal, part fixer- but in the film, set over the course of a single day, he never actually sets foot inside the school. Instead, he stages an elaborate scheme to fake being sick so he can skip school and enjoy a day out in Chicago, along with his depressive best friend Cameron (Alan Ruck) and his girlfriend Sloan (Mia Sara.) They do so by “borrowing” Cameron’s father’s rare Ferrari, which will inevitably meet a destructive end.

While enjoying their “day off” in Chicago, the characters visit a fancy restaurant, Wrigley Field, the Art Institute, and a parade, which Ferris eventually commandeers. Meanwhile, Ferris and friends seek to avoid the Javert-like Principal Rooney (Jeffrey Jones), as well as Ferris’s suspicious sister Jeanie (Jennifer Grey, the year before Dirty Dancing.) Of course, the two would later have a run-in with each other:

Ferris Bueller’s Day Off was one of the most popular films of the ’80s, and while it’s a funny film, it’s also an aspirational film. Who wouldn’t want to be Ferris, after all? But the film gets into seriousness in its third act, with Cameron finally acknowledging his resentment for his father, and Ferris wondering if he and Sloan will stay together beyond high school.

Of course, the subsequent 35 years have provided much occasion for analysis.

A memorable Metafilter thread looked at all of the many crimes committed by the characters over the course of the movie, from truancy, to stealing the Ferrari (by Ferris, and by the parking garage guys), to Cameron destroying the car, to odometer fraud, to computer hacking (of the “9 times” computer) to Principal Rooney violating the Cleary Act by not notifying authorities when he saw Sloan make out with her “father.” Yet Jeannie is the one who ends up at the police station, with Charlie Sheen…

Sure, the film has been picked apart a bit over the years. It’s been pointed out, for instance, that Ferris and his friends couldn’t possibly have had time to do all the things they did, and while driving to the city and back, in a single afternoon.

Modern-day standards of racial discourse, of course, make it clear that Ferris was a beneficiary of white privilege, able to get away with all sorts of bending and breaking of laws and rules that someone out from a different background likely could never hope to get away with while being presented as a hero and aspirational figure. And a large chunk of the audience that has laughed and cheered Ferris’ antics over the last 35 years would likely sneer at a news report about, say, a 17-year-old inner-city Black kid who cut school, stole a car, and later crashed that same car.

And yes, knowing that the actor who played Rooney (Jeffrey Jones) has since been convicted of soliciting a minor to pose for nude photographs puts a bit of a damper on things. Although, you do get to see Jones get kicked in the face, and otherwise repeatedly humiliated.

All that said, Ferris Bueller’s Day Off is both a film of the ’80s and one that remains timeless. It’s every bit deserving of its good reputation.

30 Years Ago: Kevin Costner was an Unlikely Robin Hood in Prince of Thieves