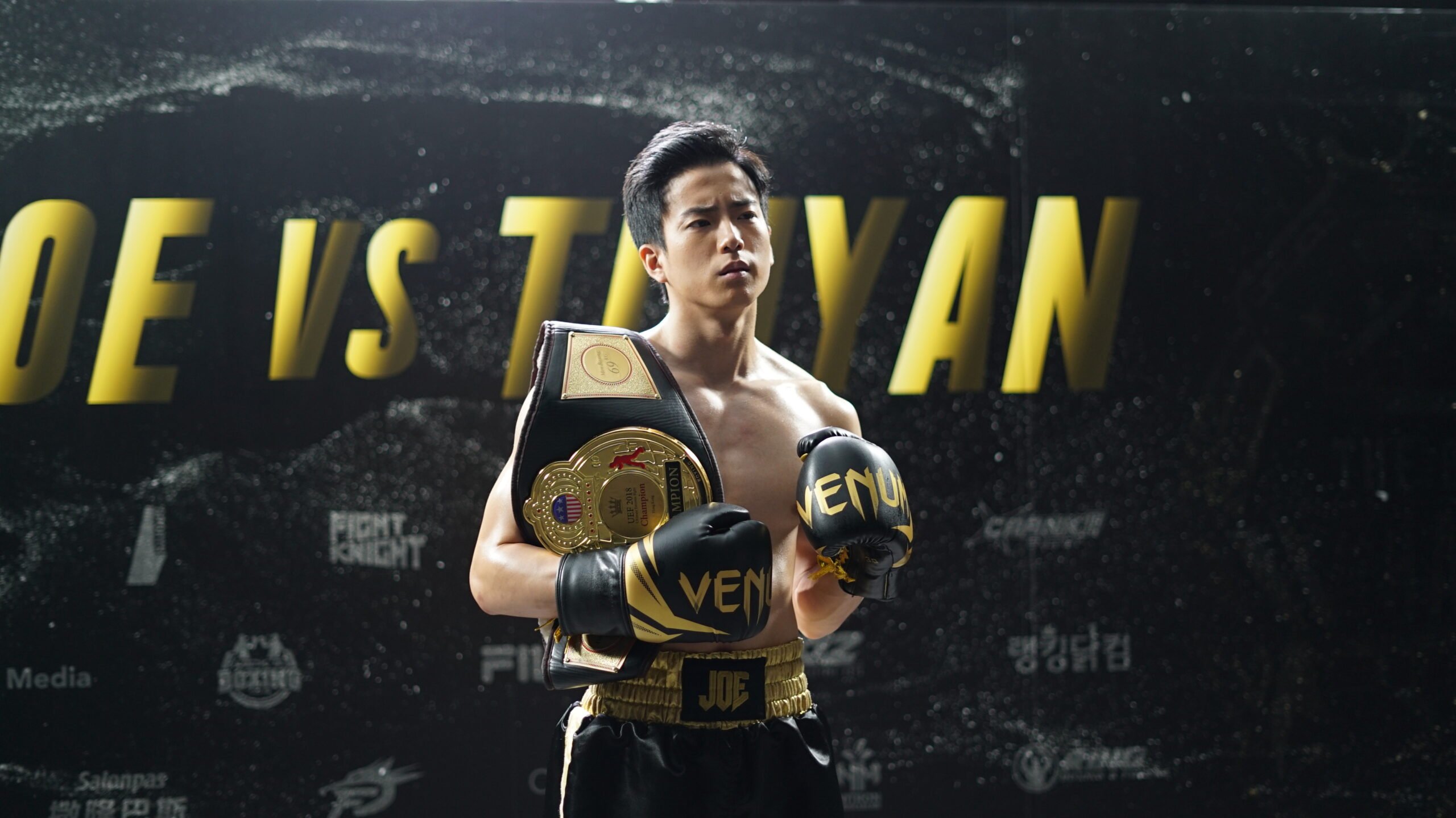 Being gifted with the ability to see the future is in itself a potentially fascinating science fiction concept to explore. However, cut the amount of time into the future you can see down to one second and you’d be hard-pressed to find anything useful for such an ability – especially since one of the main benefits of seeing the future is gaining wealth. With Sin-Hang Chiu’s latest film, One Second Champion, that small amount of time is proven to be invaluable.

Broke and unable to find any purpose to his life, Chow (Endy Chow) was born with the ability to see one second into the future but other than finishing people’s sentences, his skill is rather useless. When he joins a local boxing gym he finally finds that his gift can help him win fights – or at least avoid him getting hit. With a small support team that includes his son (Hung Cheuk-Lok), Chow aims to be the role model his son deserves and finally find some purpose in life.

At its core, One Second Champion is a sweet, charming film that just so happens to have some great action beats. There are multiple boxing matches and each one has a dynamic quality to it that keeps the film energized. While the more emotional, dramatic beats don’t necessarily land all the time, the film’s focus on its one-second premise and how that affects Chow’s life around him is explored in decent detail.

Each relationship with Chow is satisfying, leaving a significant enough impact and helping bolster Chow’s confidence in himself and momentum through the fights. It’s not exactly a knockout punch, but One Second Champion has more than enough zest and energy to keep audiences entertained until the final bell.

Adapted from the manga of the same name,Tsutomu Hanabusa’s Tokyo Revengers is bursting with style and swagger. With a science fiction premise that allows its protagonist to fix past mistakes and re-evaluate his perception of people, it’s an electrifying battle royale that shines brightest when it’s got its foot on the gas.

When Takemichi (Takumi Kitamura) is pushed in front of an oncoming subway train, his life flashes before his eyes – or so he thinks. Instead, he’s suddenly able to time travel back to the past and uses it to try and save his girlfriend and her brother. While the mechanics of the time travel aren’t exactly fleshed out in great detail, they’re merely a means to an end as Tokyo Revengers excels more in shining a new light on past actions and exposing the truth about Takemichi’s girlfriend’s death.

Forced to be more than a bystander and leverage his knowledge of the future to stop events happening in the past, Takemichi ends up embroiled in the middle of a gang war. Generally set in and around school, with high school students brawling with one another over territory, Tokyo Revengers is filled to the brim with exciting action beats and a surprisingly poignant bromance at its core. Takemichi is an active participant in reshaping the future, but the best parts of the film are interactions and glimpses into the personal lives of everyone around Takemichi.

Tokyo Revengers feels like it was ripped straight out of an anime, parading around with so much style that it’s difficult not to latch onto its unique charms. Some of the melodrama is a bit cloying, and the time travel mechanics are barely touched upon, but when it’s in service of fun, kinetic action in a vibrant setting, it’s hard to fault Tokyo Revengers for leaning into what it does best.