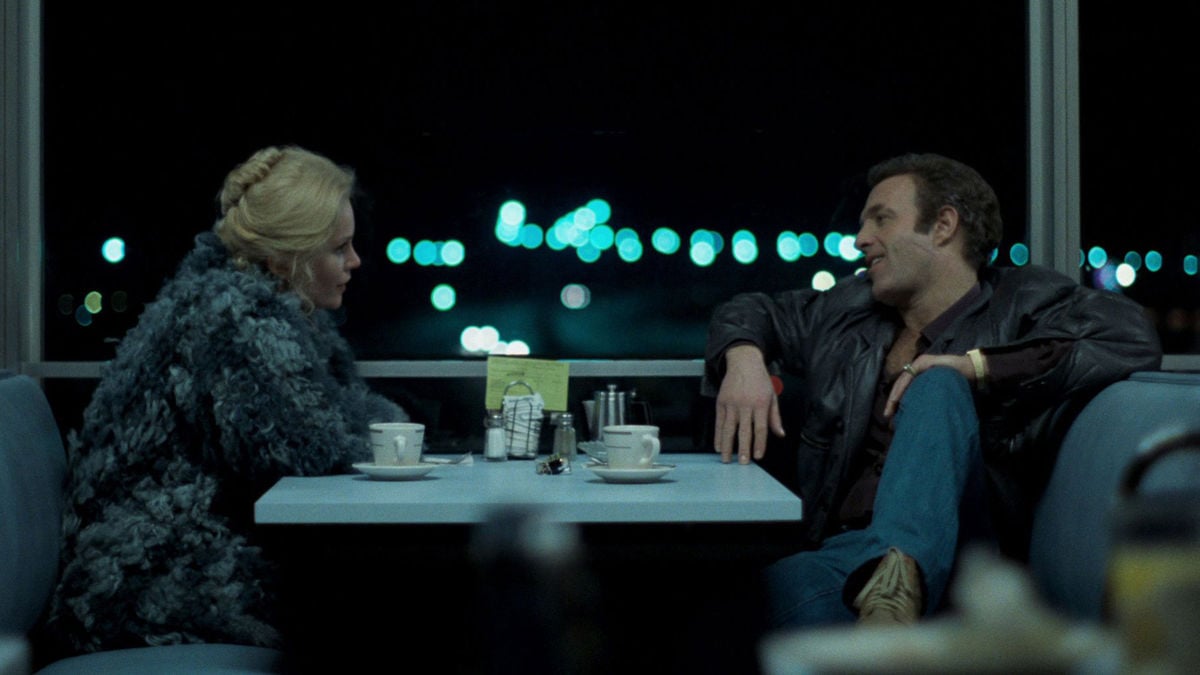 Released forty years ago, Michael Mann’s Thief was an auspicious debut from an American filmmaker. Mann had actually directed a television film two years prior, but Thief represents the true start of his feature film oeuvre. The film’s style, its use of color and light, and its influential electronic score all set the template for Mann’s subsequent films, as well as many films of the 1980s.

Mann had originally considered adapting John Seybold’s The Home Invaders: Confessions of a Cat Burglar, a memoir of Seybold’s life as a professional thief and home invader, but ultimately chose to drop the project and write a new film about a thief. However, he was obligated to list the book as source material, despite there being absolutely nothing in the film related to the book.

James Caan stars as Frank, the titular thief. Caan was a strange choice, an actor who had made a name for himself with his fiery role in The Godfather, but who had failed to find similarly meaty roles through the rest of the 1970s. Thief seems to have energized him, and some of the fire he had as Sonny Corleone can be found in his performance as Frank. Frank has spent his childhood in state-run homes, followed by over a decade in prison, where he was mentored by Okla (Willie Nelson), an older convict and the closest thing he has to a father. Now out of prison a few years, Frank runs a bar and car dealership to conceal his career as a thief.

Frank’s career as a thief is complicated when Leo (Robert Prosky), an organized crime boss, makes him a business offer: Leo’s organization will find scores for Frank, take care of all the planning, and then just leave Frank to carry out the robbery. Frank will get a generous cut of the spoils, with the option to leave when he wants. It seems like a great arrangement, but Frank has illusions of being on equal footing with Leo, which ends up being nothing more than a fiction. Frank is a valuable quantity, and a man like Leo doesn’t allow someone that valuable to simply walk away.

Aside from his trials as a robber, Thief gives James Caan a rare opportunity to show off his emotional chops. Frank’s relationship with Jessie (Tuesday Weld) begins in a fittingly violent way after he stands her up while dealing with a crisis. Jessie isn’t interested in second chances, and Frank is forced to push her around to get her into his car, as well as punching anyone who gets in his way. It’s a difficult scene to watch with modern eyes; what might have seemed tough and romantic in 1981 is now simply considered assault. But Frank and Jessie’s subsequent coffee shop date allows both of them to open up and to become vulnerable. Frank lays out his history in prison and how he managed to survive and stay sane. Caan has rarely been as emotionally transparent, and Weld responds in turn. Much of Thief requires Caan to play the tough guy, but he shows equal skill playing a man finally able to fall in love. When Frank is forced to sacrifice everything, it attains a tragic scale.

As captivating as Caan and Weld are, what really makes Thief so captivating is Michael Mann’s use of style. Mann’s expressionistic use of color was already fully developed, and it must have been astounding in 1981 to see something so fresh-looking. The perpetually rainy Chicago of Thief is constantly illuminated by blue and green tones. Mann’s cool palette is refreshing after so many ‘70s films with largely brown and yellow color schemes. The film depicts the lives of men who live by night under the glare of fluorescent lights, and the color scheme is appropriate. James Caan’s outfits are also coordinated with the film’s color scheme; the clothes are a bit too fancy for a character like Frank, but it’s easy to forget the mismatch when they look so good.

Mann’s style would inform his films for decades to come, and still looks fresh today, but other aspects of Thief belie the work of a young filmmaker. In his mostly positive review of the film, Roger Ebert complained that the Okla character was well-played by Willie Nelson, but ultimately has a disappointingly small part to play in the film. There’s never really a payoff to explain his inclusion in the film. Frank’s relationship with Jessie also seems to progress unnaturally fast, although their dynamic is much more natural later in the film.

Despite these minor failures, Thief was still an important debut for Michael Mann, as well as a career highlight for James Caan. Caan would go on to appear in other films of distinction, but he would never again have the kind of multifaceted role that Thief gave him. For Mann, the film would point the way forward for the rest of his career. Many filmmakers would try to mimic his style, but few would ever succeed. Most importantly, Thief remains an exhilarating look into the life of a master criminal 40 years on.

The Lady Hermit is an Exceptional Piece of Kung Fu Cinema