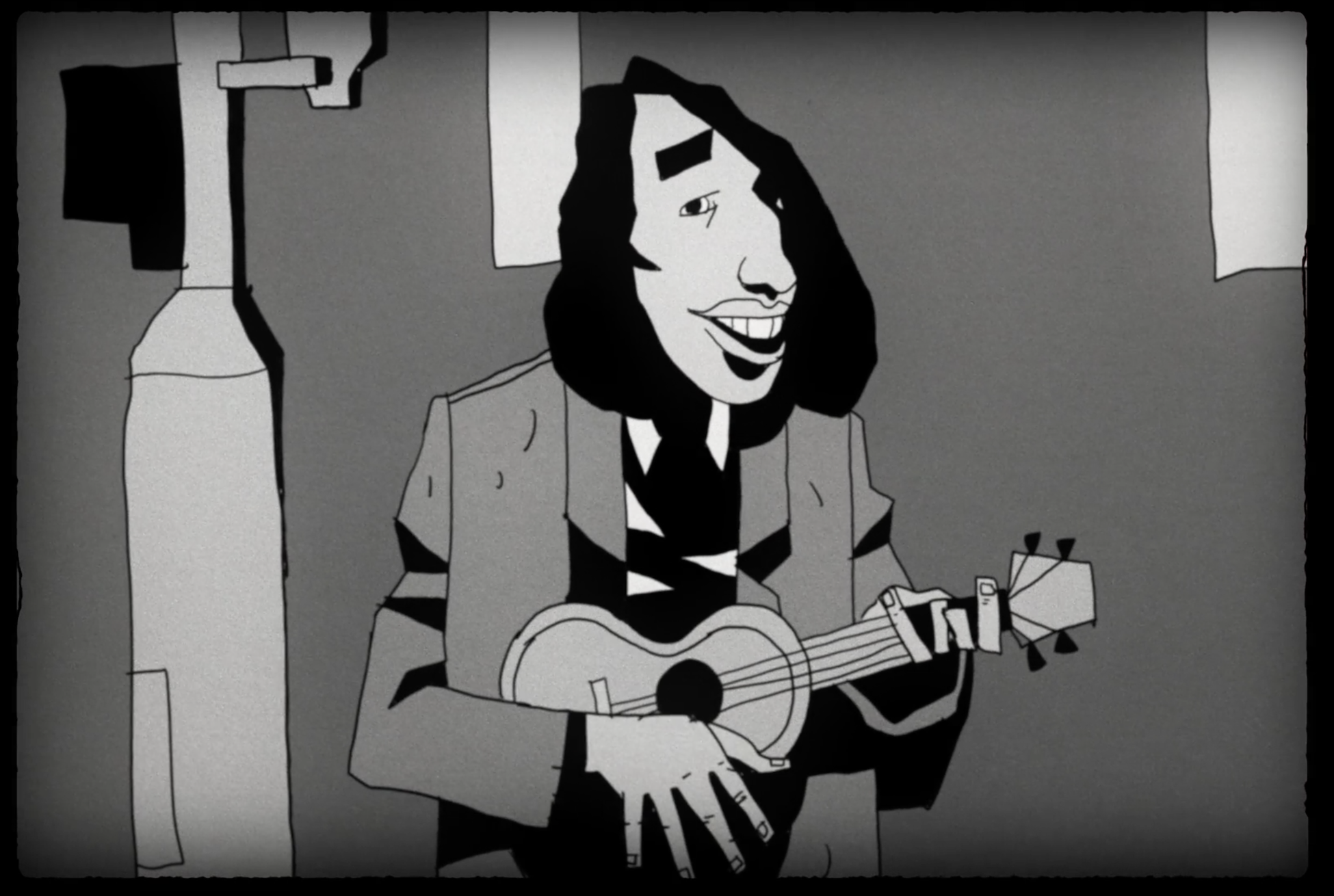 Do you remember Tiny Tim? You’d probably have to be a certain age for the name to as much as ring a bell, outside of the context of A Christmas Carol.

Tiny Tim – real name Herbert Butros Khaury – was a singer, performer, and cultural gadfly, who played the ukulele, usually sang with a pronounced falsetto, and he went from a Greenwich Village fixture to a mainstay in national media at the height of the late-’60s counterculture, and into the ’70s and ’80s. He’s probably most remembered for getting married on The Tonight Show in 1969, before a record TV audience of 40 million, though Tim ended up a regular on a variety of talk shows, including The Howard Stern Show.

He sang songs like his signature tune “Tiptoe Through the Tulips,” and “Living in the Sunlight, Lovin’ in the Moonlight,” while also performing offbeat covers of pop songs like Sonny and Cher’s “I Got You Babe.”

Nearly 25 years after his 1996 death, Tiny Tim is now the subject of a documentary, Tiny Tim: King For a Day, which debuted at the Fantasia Film Festival this week (its release date is to be determined.) Directed by Johan von Sydow, the documentary expertly combines interviews with those who knew Tiny Tim, plenty of archival footage, and readings of Tim’s diaries by (who else?) his fellow novelty performer “Weird Al” Yankovic.

Overall, the 75-minute film is an expertly assembled work, bringing much-earned poignancy to the life of an American curio. And it never condescends to its subject, as a project like this would risk doing in most instances.

The film feels in a lot of blanks for those watching who sort of remember Tiny Tim but couldn’t tell you the first thing about the man, his backstory, or how close his public persona was to the real man.

We learn that Tim, despite varying accents, was born in New York City, to immigrant parents, a European Jewish mother and Lebanese father, and that he had an unhappy, traumatic childhood. He played several instruments, and was likely queer to some degree, at least to some degree, despite marrying three different women (one of his exes describes him as “half gay,” though he was a Christian for at least part of life.)

Near the end of his life, he suffered two different heart attacks on stage, one of them which ended up killing him. Tim ended up becoming a local celebrity in the Minneapolis area, which is where he died, and he earned a prestigious star on the outside wall at First Avenue, the iconic downtown club that was featured in Purple Rain.

Overall, the film seems to conclude that, rather than an act or a put-on, what you saw with Tiny Tim was pretty much what you got. And that’s the subject of a truly fantastic documentary, one of the year’s best.

This is The End: Quarantine Re-watch