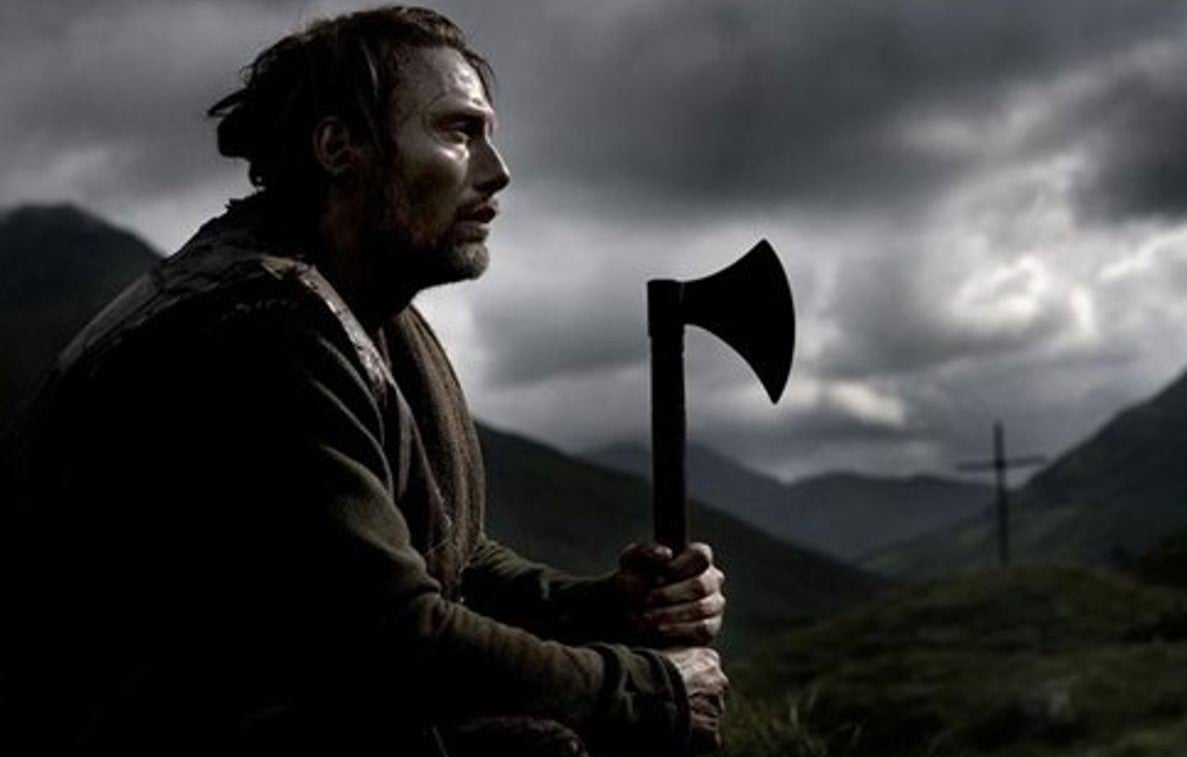 Writer-director Nicolas Winding Refn has been leaving his mark on the world of cinema for over 20 years. Valhalla Rising, a sparse but stylized epic of Norse mythology and period piece drama, was among his earlier English language efforts but still holds a special place in its respective genres a full decade later.

Centering on the unlikely protagonist/anti-hero, One-Eye, Valhalla Rising follows the mute warrior as he breaks free from a brutal life of savage killing, slavery and servitude to join a band of Christians seeking to spread God’s word at any cost.

Mads Mikkelsen, who has since grown into one of the most beloved and compelling character actors of his generation, plays One-Eye, allowing his simple confidence and conviction to embody an almost impossible character, turning One-Eye from a blood-stained blank slate into a haunted but stoic survivalist.

Though One-Eye’s thoughts and feelings are left as vague as possible throughout Valhalla Rising, somehow Mikkelsen embodies him as a noble, if brutish, figure. As such, One-Eye begins to gain our sympathy, even as he ruthlessly disembowels and strikes down his foes in increasingly graphic fashion.

Of course the film manages this task by leaning on an old cliche. Naturally, the tale of the closed off killer finding a bit of his lost humanity through his bond with a child is an old one. The trope works well in Valhalla Rising, however, maybe because it’s a classic and maybe because the rest of the film is so otherwise unconventional.

Boasting lurid, dreamy shots of prophecies, imagined or real, and long, moody expanses of frigid silence, the icy persona of Refn’s unlikely, experimental story begins to worm its way into our consciousness, filling viewers with both wonder and dread about what might be around the next uncharted corner of One-Eye’s journey.

The nuance of Valhalla Rising helps to raise the film above what you might expect from an epic like this. Refn’s script judges no one in this chilling landscape of lost souls, offering little more sympathy for its Christian missionaries than it does for its slavers and exploiters of the weak.

Likely this is part of Nicolas Winding Refn’s message here: that in a time as filled with suffering (and those seeking meaning for their pain) as the turn of the first millennium was, morality and survival must battle it out in the hearts and minds of every living creature.

As hard of a narrative pill as that might be to swallow, the writer-director manages to make it work, even if the sum of Valhalla Rising‘s parts may not build up to a fully stable and compelling journey for every viewer who sits down with it.

Notably, Valhalla Rising made little money in the box office despite the more broad appeal of Refn’s previous exploration of brutal, nasty acts of violence and the men who commit them in Bronson, only a couple of years earlier.

Whether the stark, misty landscapes of the movie are to your particular tastes or not, though, the movie is nothing if not unique. Like Gladiator crossed with Aguirre: The Wrath of God, Valhalla Rising is a daring piece of experimental cinema that leaves an indelible mark on the viewer, whether they like it or not.

Fantasia 2020: The Oak Room is Too Convoluted for Its Own Good