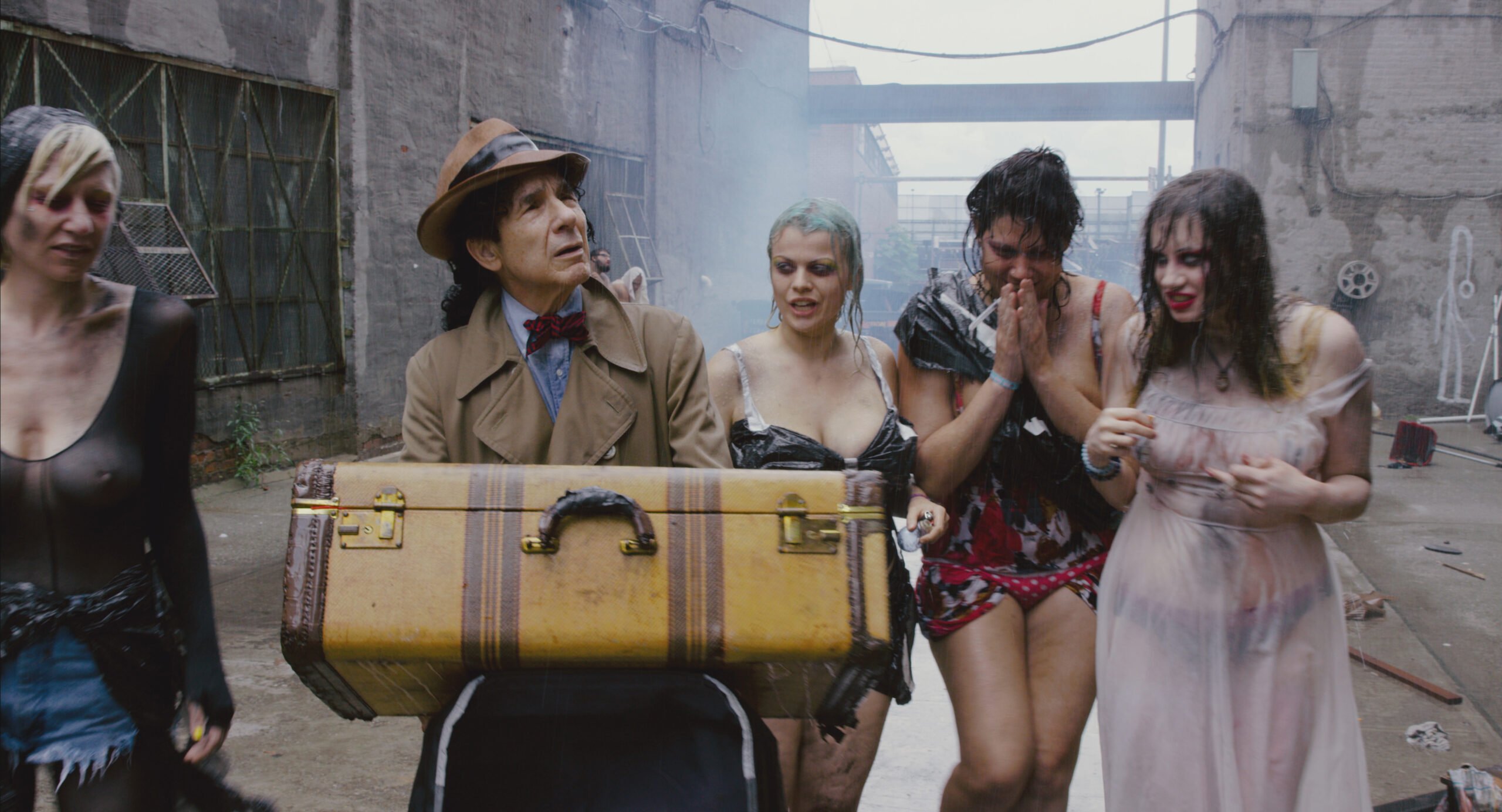 With #ShakespearesShitstorm, Troma Entertainment puts one of its biggest budgets to date in service of bringing Shakespeare’s final masterpiece to the screen, but it’s less of a loose adaptation than an endless parade of loose stools. The director (and Troma co-founder) Lloyd Kaufman seems to be trying to use his budget to create a gross-out cult classic, but it looks as if the money was mostly flushed down the toilet.

Following a head-scratching introduction, #ShakespearsShitstorm introduces its villains, a group of pharma executives who have crafted a medication called “Safespacia,” which is taken by anxious young Social Justice Warriors, represented by Trini (Dylan Mars Greenberg) and Steph (Zoe Geltman), to help them function in a world they find threatening and offensive. The executives, led by Big Al (Abraham Sparrow) and Antoinette (Kaufman in drag) take a cruise to celebrate their success, but it’s derailed when a pod of nearby killer whales all experience diarrhea just as a massive storm comes in, destroying the ship and covering everyone in globs of crap.

They wash ashore in Tromaville, where Prospero (Kaufman again) had planned the crash by feeding all the whales laxatives. He’s looking for revenge after he was booted from the drug company for finding a cure for the opioid epidemic, which hurt its bottom line and estranged him from his sister Antoinette. He lives in Tromaville with his blind daughter Miranda, but once the pharma bros wash ashore, she falls in love with Ferdinand, Big Al’s son. Prospero has more in store for his former friends, and he joins forces with a crack-addicted prostitute (Amanda Flowers) to carry out his plans. But his daughter’s affection for Ferdinand threatens to derail his long-planned revenge.

#ShakespearesShitstorm is about as incomprehensible as that summary sounds. And that’s not necessarily a bad thing if there are plenty of laughs and some fun gore effects. But the humor doesn’t flow as freely as the shit does, and even that gets old quickly. Most of the “jokes” are just about the Social Justice Warriors complaining that things done by the pharma bros aren’t politically correct. Kaufman and Troma’s films have always been satirical and with a wide range of targets, but his jokes about the wokesters don’t hit their mark. Partly, that’s because it’s a phenomenon that exists more on twitter and in conservative media spheres than in real life, but also because this material has been done to death in recent years. Kaufman and his screenwriter Brandon Bassham have been beaten to the punch by an army of hack comedians, and there’s nothing left on the bones for them to pick over. There’s some great material lying in the open with the pharma executives, but Kaufman would rather set his aim on the least powerful people in his gross story. There are also some nice stand-alone jokes, particularly involving Miranda and Ferdinand, but those scenes are often cut short in favor of more shots of poop and pustules.

#ShakespearesShitstorm is one of those intentionally bad (or maybe negligently bad) films that foolishly imagines it could be enjoyable. But it’s usually the bad films made by filmmakers desperately striving to make something good that are reevaluated more favorably in the end. When you try to make shit, that’s exactly when at you end up with.

Fantasia 2020: Fugitive Dreams Evades the Trap of the Filmed Play

Mulan is the Best of the Recent Disney Remakes