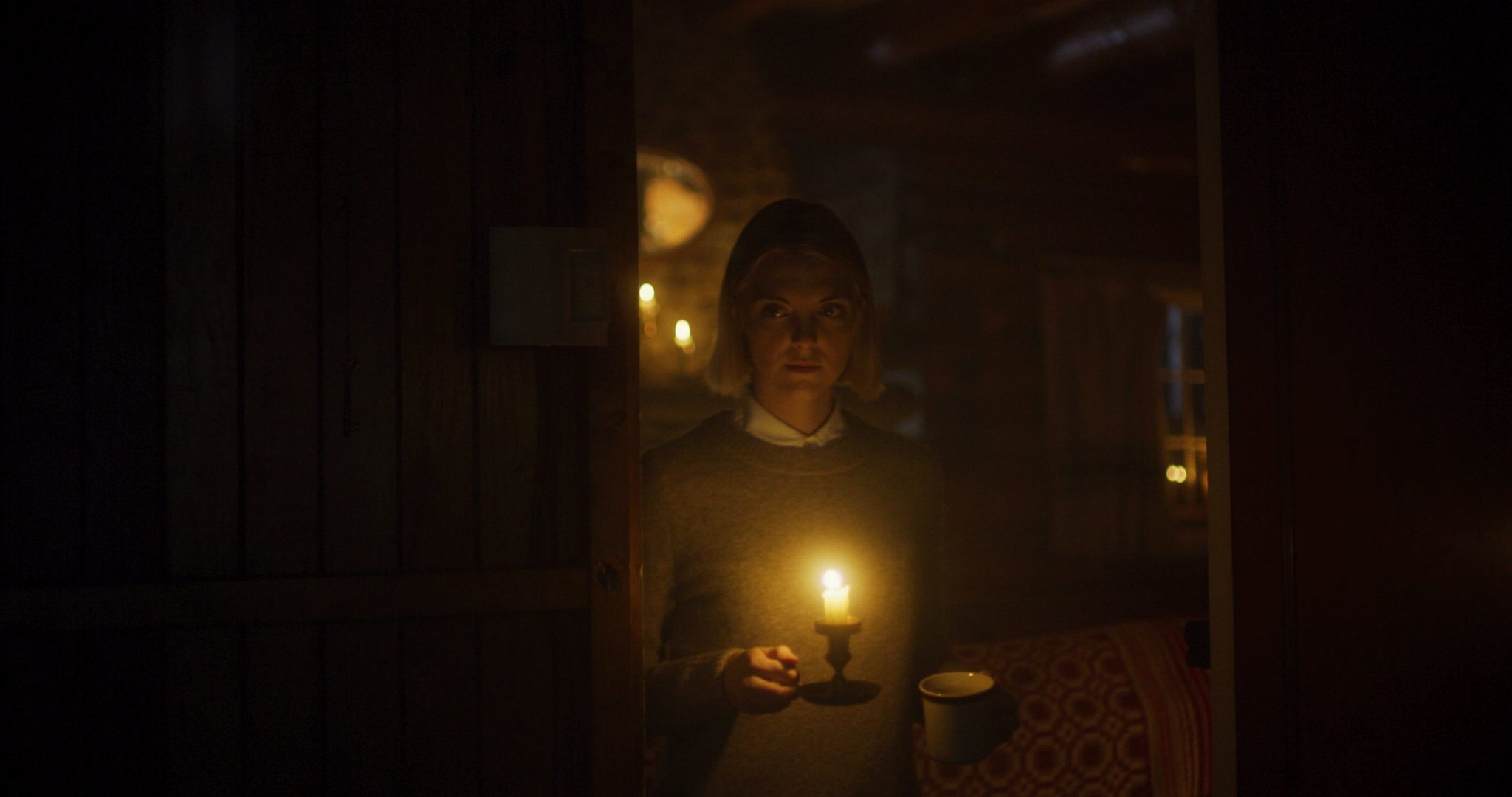 Films where female friendships take a turn for the terrifying are nothing new. And yet Bleed with Me, writer-director Amelia Moses’ debut feature film about an introverted woman who becomes convinced that her friend is consuming her blood, offers a uniquely chilling approach to the trope.

Our protagonist is Rowan (Lee Marshall), the third wheel on a couple’s trip to an isolated cabin. She’s been invited by Emily (Lauren Beatty), a gregarious but enigmatic figure who seems to thrive on taking care of Rowan. Less thrilled about Rowan’s presence is Emily’s boyfriend Brendan (Aris Tyros), although whether the stifling awkwardness that pervades the lodge originates from him is unclear.

And then things take a turn for the creepy.

Moses’ visual style wonderfully blurs the boundaries between the world of dreams and visions and the characters’ reality, leaving the viewer just as off-balance as Rowan feels when she begins to see Emily stood over her bed at night, or bending over her arm to draw fresh blood from Rowan’s old self-harm scars. Distortions of characters through mirrors and windows imbue the entire cabin with almost supernatural malice.

Even more unsettling is Dominic Caterina’s score, which elevates the horror movie cliché of violin music to a soundscape that is genuinely haunting. Everything, from the icy cinematography to the claustrophobic way the cabin’s interior is shot, contributes to an atmosphere that’s scarier than anything the characters say or do.

The characters are kept at a deliberate distance, with very little being revealed about their backstories or even their relationship to one another. At times, Rowan and Emily seem like the best of friends, as when Emily crawls into bed with Rowan and begs her to never leave her. At other moments, they interact with the chilly awkwardness of colleagues. The ambiguity makes a certain sort of sense as the film goes on and more is revealed, but the struggle to understand the dynamic at play does distract from the unfolding of the plot.

With such a short runtime, one can’t help but wish that a couple more minutes had been spent sketching out the characters before beginning the spiral into anxiety and paranoia. Both Rowan and Emily are dogged by trauma – but we only ever learn the broadest strokes of the struggles they’re facing.

The script simply isn’t as strong as the visuals – although the visuals are incredible enough to make up for what’s lacking. There are a plethora of striking images, from a dead hare hanging from a tree to the dreamlike shots of Emily hunched over the sink, mouth, and chin dripping red.

Bleed with Me isn’t a comfortable watch, but if you’re looking for a film to make your skin crawl, look no further. Its brand of psychological horror is uniquely terrifying, as it asks you to question the trust you place in other people – and the trust you have in your own mind.

Fantasia 2020: Me and Me Lacks Clarity in a Dreamlike Narrative