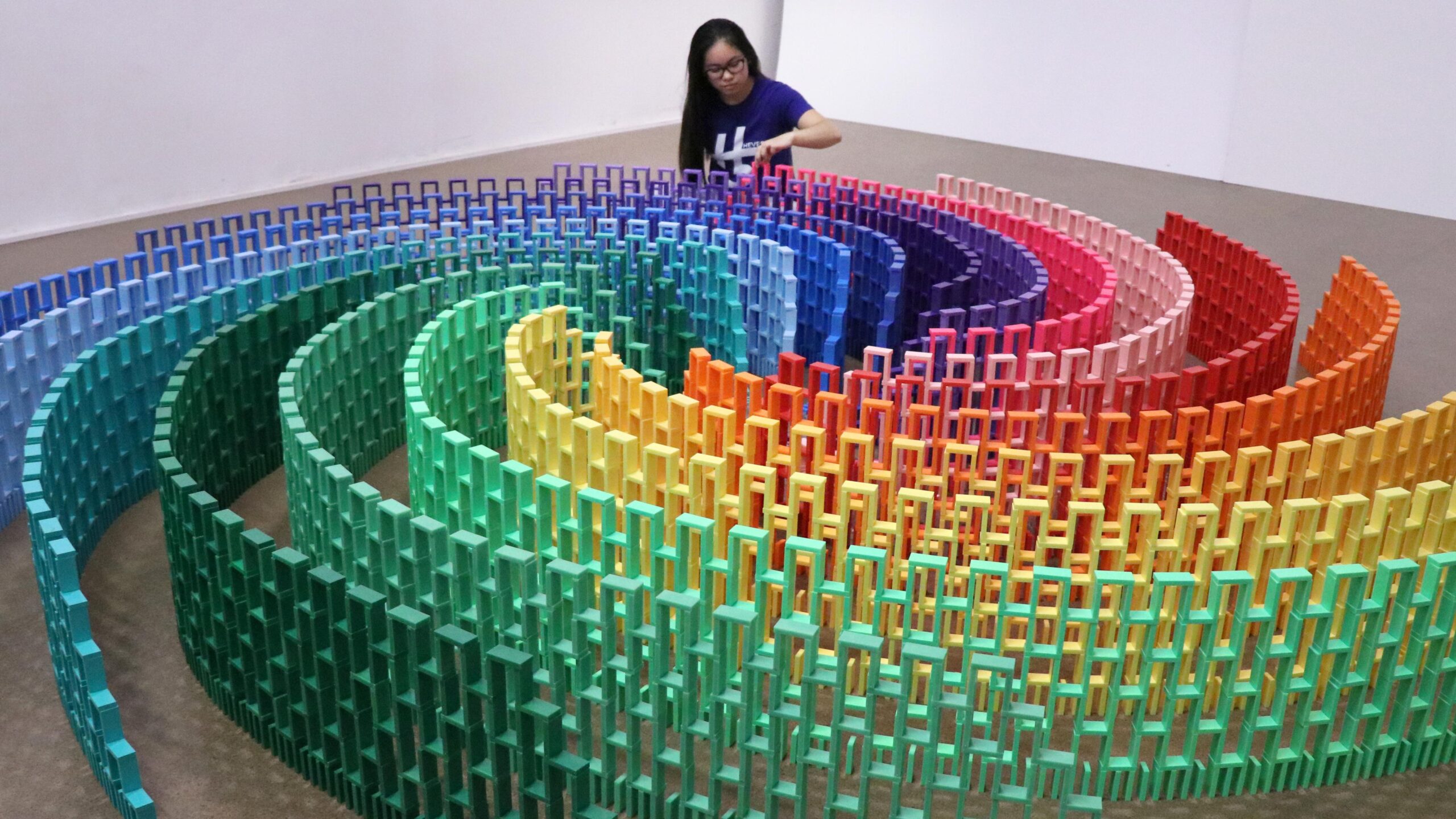 In a festival season full of documentaries, one of the most engaging subjects of all is the story of a young Asian-American woman who’s one of the best people in the world at toppling dominoes.

Lily Topples the World, a documentary directed by Jeremy Workman, introduces to young Lily Hevesh, and a world to which I confess I’d never heard of before now: That of domino-toppling.

Hevesh has made it her pastime to be among the world’s greatest domino artists, meaning she creates beautiful pastiches of dominos, which she then knocks down. While she’s primarily known as a YouTube entertainer, Lily’s unique talent has taken her everywhere from TV commercials to The Tonight Show With Jimmy Fallon.

In addition to introducing us to this world, the film also explores such fascinating topics as what it was like for Lily to grow up as a Chinese adoptee in a nearly all-white town, and her quest to start her own line of dominos. There are also examinations of YouTube influencer culture, as Lily certainly makes more admirable use of that platform than do most people who make the news for their YouTube channels.

Kelly Marie Tran, from Star Wars: The Last Jedi and Raya and the Last Dragon, is among the movie’s executive producers. I’m not sure what the distribution plan is for Lily Topples the World, but it’s certainly worth a look once it’s widely available- even if you’ve never heard of domino art.

There was another documentary at South by Southwest that detailed a person in their 20s doing something unusual. That film was Kid Candidate, a movie about a then-22-year-old named Hayden Pedigo who decided to mount a quixotic campaign for the city council in Amarillo, Texas.

Pedigo, inspired by the work of Gummo filmmaker Harmony Korine, originally ran as a prank, and as a filmmaking exercise. But by the campaign’s stretch run, he was serious about making a difference and taking on Amarillo’s entrenched and corrupt political establishment.

The film, directed by Jasmine Stodel, depicts Pedigo’s entire campaign, and it resembles something of a political awakening for a guy who had already decided to run for office.

In his campaign, Pedigo is assisted by Jeff Blackburn, a gruff, seen-it-all political organizer who spends much of the film shaking his head at how ridiculous his young charge’s mission is. In fact, I’m convinced a full documentary about Blackburn would be much more interesting than Kid Candidate is.

My main takeaway from Kid Candidate is that Amarillo, like most cities in America, has a political culture that’s badly in need of a shakeup, if not a total housecleaning. I’m just not entirely certain that voting for this guy would make things much better.

SXSW 2021: Gaia Is a Well-Acted and Stylishly Creepy Eco-Horror Film

SXSW 2021: The Feast is Grotesque, Hypnotic, and Unforgettable Horror