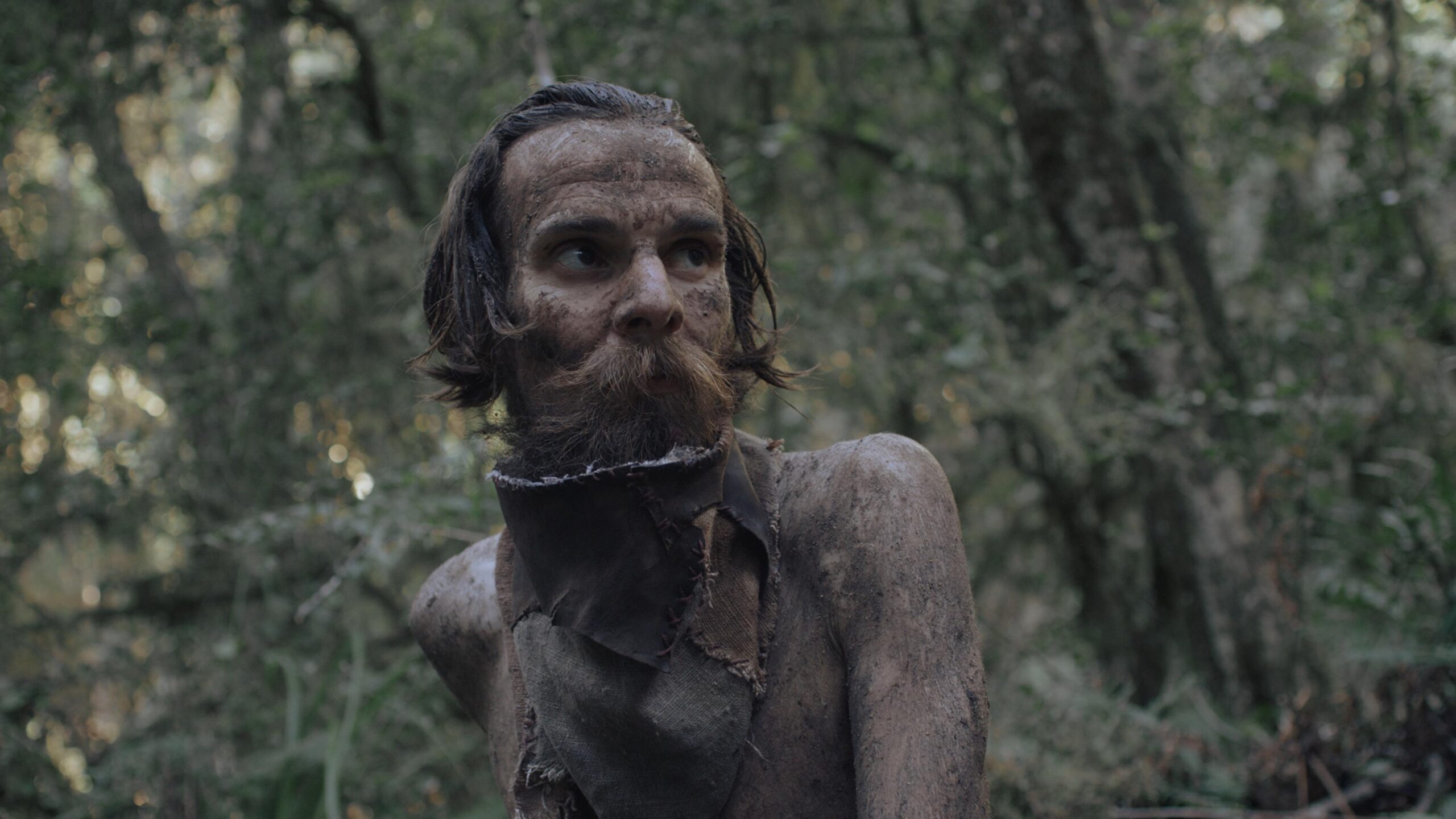 In almost every montage illustrating the circle of life and death animating nature, there’s always a time-lapse video of a dead animal decomposing and returning to the earth. Usually, it’s a video of a fox that almost appears to dance as maggots tunnel through its innards, before they vacate the premises, taking its flesh with them. Anyone who has ever been fascinated or frightened by those images of rapid decay is likely to find something to admire in the South African ecological horror film Gaia, in which two unfortunate park rangers learn there’s something horrifying growing right under their noses.

Monique Rockman stars as Gabi, the more headstrong of the two rangers, while Anthony Oseyemi plays her more practical partner, Winston. The two are introduced as they pilot a canoe down a river to find multiple cameras that have been set up throughout a jungle to document rare beasts. They’re introduced by a slow, ominous drone shot, which has become a hacky means of establishing a shot while also created a dark mood thanks to the slow but steady movement. Unlike a more energetic plane or helicopter shot, a drone sequence mimics the slow but steady gait of a horror film serial killer — it may not move fast, but it’ll always reach its target eventually. But Gaia playfully flips the script when it reveals the drone shots come from Gabi and Winston’s drone, which she’s using to check in on their cameras to save time.

But when she spies a mysterious man’s face in the jungle from her drone, it suddenly malfunctions. Predictably, she wants to barrel into the jungle to check it out herself while Winston is more cautious. The film doesn’t do itself any favors in this early section when overly bombastic music signals to audience members that they should be afraid, even though nothing particularly sinister has happened yet. But soon enough the menace starts to materialize. Two mud-covered men seem to be disabling Gabi and Winston’s cameras, for what reason it’s not clear. But there also seem to be other creatures lumbering about in the forest making ungodly noises. Fans of Jeff VanderMeer’s Southern Reach trilogy or the excellent adaptation of the first book, Annihilation, will likely find much to like in Gaia, as it shares similar themes to those stories. But where Alex Garland’s film imagined horrific creatures created by mutating flora and fauna, director Jaco Bouwer and his screenwriter Tertius Kapp do something similar, but with molds and fungi. It’s an effective transposition, as fungi not only feed on dead matter but can also take living organisms as their ill-fated hosts. Where Annihilation created beautiful if frightening images of plants colonizing people’s bodies, Gaia does something similar with mushrooms, to great effect.

Even if Gaia gets off on the wrong foot with its heavy-handed opening, Bouwer quickly rights the ship and effectively slows down the action to help build tension. Kapp’s screenplay helps to introduce the two mystery men that Gabi has found in the forest, and the film does an elegant job of not revealing their true motivations for some time. It’s unclear if they mean to do the park rangers harm, or if they’re actually the only people standing between them and certain death, and the men’s behaviors and motivations constantly shift. While it’s important that these men remain shrouded in mystery, there’s a bit too much opacity surrounding the rangers’ past to be helpful, and knowing more about them and their relationship would help to keep viewers more invested in their fates. But Gaia is a film that lives or dies by its images, and its disturbing monsters are more than effective. It just might make you pause the next time you’re served a portabella mushroom.

SXSW 2021: The kids are all right in Lily Topples the World and Kid Candidate