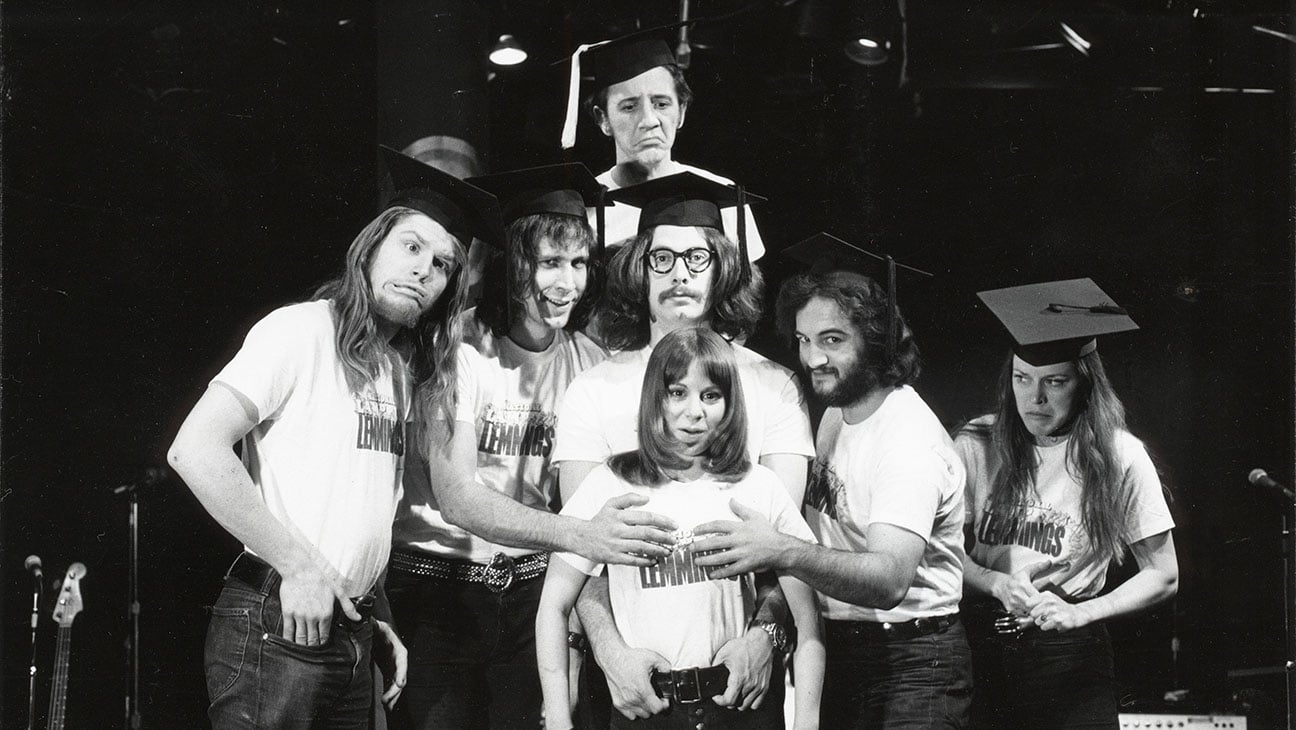 The words “National Lampoon” might mean different things depending on your generation: a magazine, Animal House, Saturday Night Live, a still-ongoing spate of raunchy films, that publication that you always get confused with Mad Magazine.

Douglas Tirola’s vivacious documentary neatly puts that history into perspective, in a fast-paced paean that celebrates the magazine’s vulgarity.

Tracing the history from its founding at Harvard, through the golden years, and into a mostly dismal, occasionally tragic ending, Tirola’s film uses a whole lot of comics straight from the magazine, sometimes in animated form, to punctuate and, effectively, illustrate the rise and fall of a mini-empire. Drunk Stoned Brilliant Dead is often hilarious, if for no other reason than just from the old drawings themselves, which have remarkable staying power and prescience.

Part of the point here is that this was no mere parody publication. The National Lampoon was satire and was ahead of its time both in the talent it churned out (Harold Ramis, Bill Murray, John Belushi, Chevy Chase are just some of the well-known associated names), and the acerbic content it produced.

Interestingly framed interviews function as the narrative backbone, but the real fun is the treasure trove of additional content. Alongside classic comics are clips from the Radio Dinner show, behind-the-scenes footage of recording sessions, and photographs from the Lampoon office.

While the title indicates a certain amount of drug-induced hilarity – and there’s the fair share of substances in the film – Tirola’s film is invested in paying homage to what the director obviously sees as a landmark publication, and also in paying tribute to two departed: Douglas Kenney and John Belushi.

Though the former gets the real heartfelt salute, Belushi is all over Drunk Stoned Brilliant Dead – through archival footage, recollections (including a hilarious one from Chevy Chase), and voice recordings. It’s his spirit that the first half of the film works towards, and which drives the remainder of it. Tirola seems to imply that Belushi’s anarchic style was an inevitable part of The National Lampoon, even before magazine and actor found one-another.

Tirola keeps his documentary moving quickly and it’s the better for it. The zippy style is cleverly constructed, with audio clips and illustrations finishing sentences and echoing points from the many interviewees. It’s astounding how fresh the material still feels and Tirola revels in that, smartly making the magazine as much the centerpiece as the people behind it.

Drunk Stoned Brilliant Dead: The Story of the National Lampoon

Belushi explores the life of a late comic legend