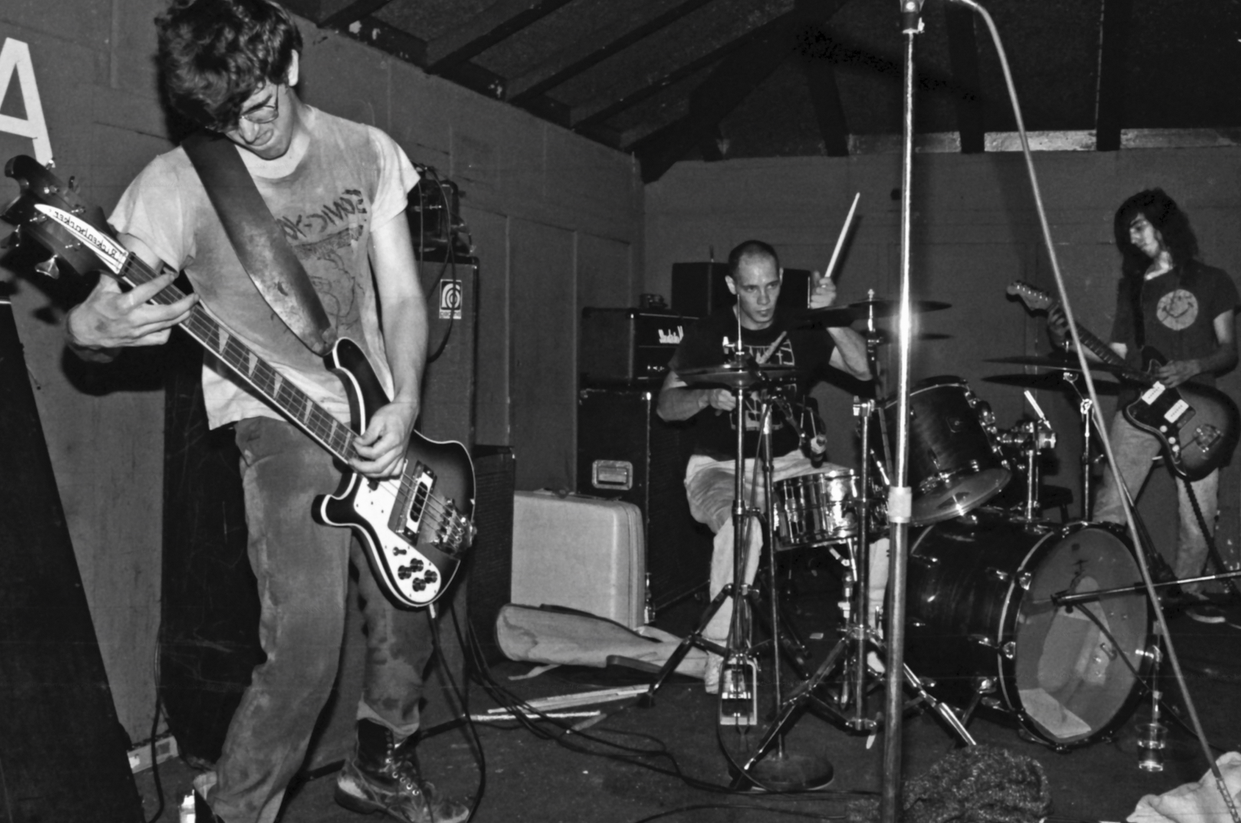 I’ve always thought of Dinosaur Jr. as a rock band that had a huge heyday in the early ’90s, around the time of the grunge era, and who released the big single “Feel the Pain” in 1994, the single that got them on MTV, as well as David Letterman. I also knew quite a few people who were way into the band and had a vague hint that their story had more to it than was my understanding.

Now, a new documentary called Freakscene: The Story of Dinosaur Jr., has arrived to tell that entire story, which is a compelling and unique one.  Freakscene will likely appeal to both Dinosaur Jr. diehards and those with little knowledge of the band.

The film, which has a one-night-only release around the country on May 31, is directed by Philipp Reichenheim, the brother-in-law of the band’s frontman J. Mascis. The German director, sometimes credited as “Philipp Virus,” previously directed a concert film of the band, 2007’s Dinosaur Jr.: Live In The Middle East.

We learn a lot of interesting things- the group was originally called “Dinosaur,” before the existence of another band of that name caused them to add the “Jr.” Also the band, who got their start in Western Massachusetts, put out their first record when they were still in high school. And we learn that “Feel the Pain,” while their one big hit, wasn’t a massive departure from the group’s usual sound.

The film expertly weaves together archival video footage, much of it shot with vintage 1980s cameras, along with talking-head interviews with the members of the band — guitarist Mascis, bassist Lou Barlow, and drummer Emmitt “Murph” Murphy — as well as such luminaries as Bob Mould, Kim Gordon, and Henry Rollins. We also hear from Megan Jasper, the Sub Pop Records luminary who was responsible for the famous “swinging’ on the flippity flop” hoax.

We learn all about how the group dealt with fame, including their nontrivial amount of infighting that led the group to split up for a time. Then, they got back together for an extended reunion.

Freakscene never really departs too significantly from the well-worn rock documentary template, but it does tell the story of a band that was different than most, in that it straddled multiple eras and offered a unique sound.

Beyond the one-night-only showings, there’s no word on when Freakscene will get a wider release.