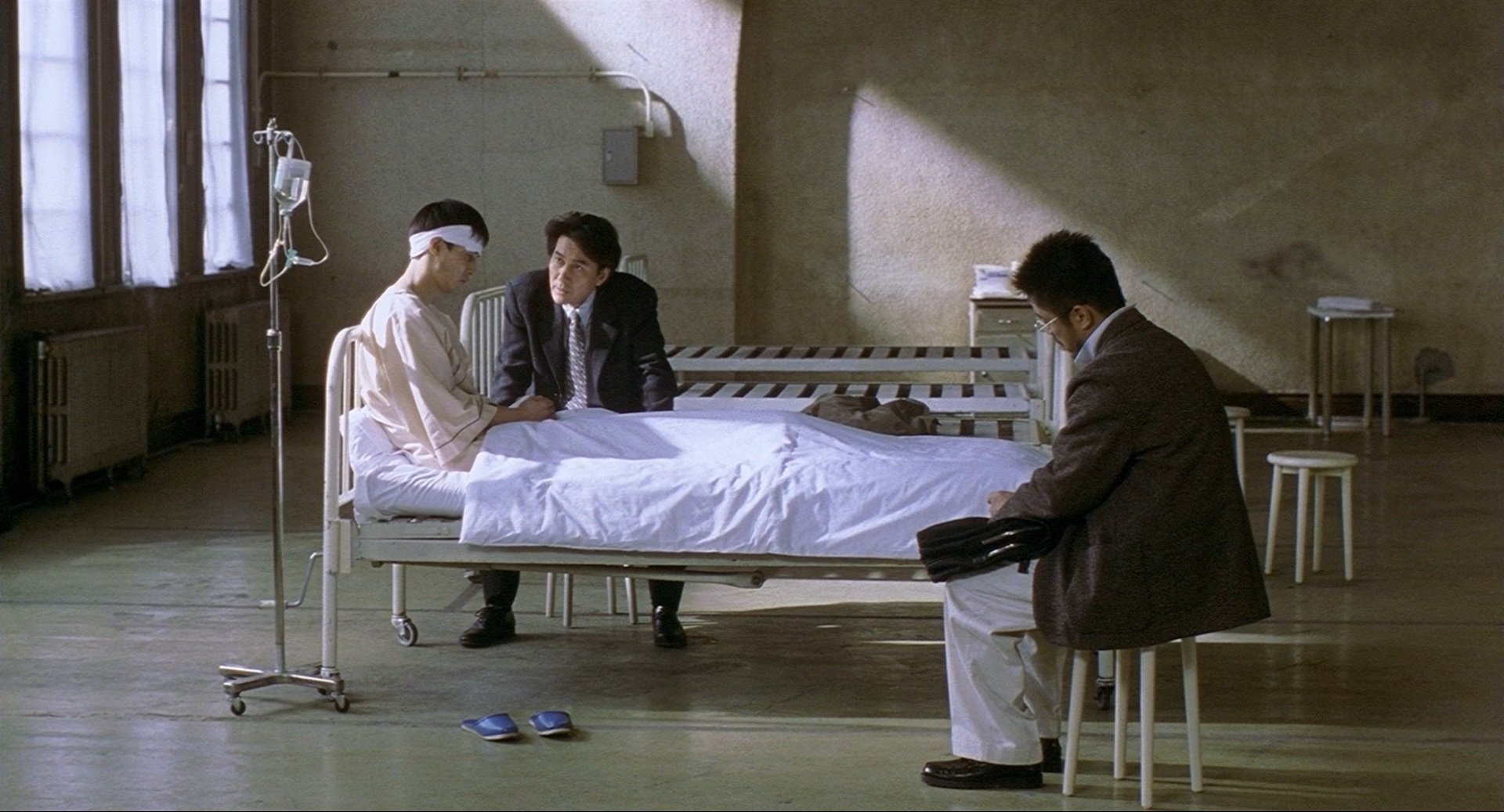 Kiyoshi Kurosawa is one of the most important names in modern J-Horror, and Cure could be his masterpiece. The late ’90s brought the unique and chilling blend of Asian horror worldwide, with explosive franchises born in cold dread; Ringu, Tomie, Audition, rolling right into the early 2000s with Ju-On, Dark Water, Pulse, the golden age of J-Horror films was kick-started by the incredible and unnerving Cure.

1997, the world of Japanese horror had been on the path of shifting away from the campy exploitation that had been so prevalent through the past two to three decades. The film world was certainly on the cusp of a new era for the genre, and Cure would be the tipping point giving way to a flood of incredible new works exploring new styles. Earlier in the 90s, there were a few films that had the foundations for the ‘J-Horror’ era, but none that could quite break down that barrier. There was Angel Dust in 1994, but its leaning into crime and mystery left it considered more thriller than horror, and more recently, in 1996, there was Hideo Nakata’s effort in Don’t Look Up, but things weren’t quite together for it, and success wasn’t found.

Filming for Cure, then known as ‘Dendoushi’ or ‘Evangelist,’ began in February 1997. December that year comes around, and Kurosawa’s project, one that was rooted in the idea of getting the most out of simple sets and a low budget, gets its big chance and is screened across 22 theaters for 6 weeks. In the leadup, there’s a sense of excitement around it, and whilst the box office at 2 million yen wasn’t setting any records, it was at an inopportune time of year and up against quite a few massive releases, plus that was double the budget anyway. From here, the film festival circuit was especially important, with Cure becoming a quick favourite and beginning to make waves in the genre industry.

Before the late 90s, Japanese horror was certainly a strong subgenre. There were plenty of incredibly influential films that built the foundation, and over the decades, Japanese horror had gone through a few distinct eras. Cure may not be the first name that comes to mind when considering that explosion of J-Horror in the late 90s. Names that came later, such as Ju-On and Ring, stuck in the public’s minds more, however, Cure proved to be the turning point into a new wave of Japanese cinema, calling back to elements found in the pillars of the genre such as Kwaidan whilst also weaving in contemporary social issues, the psychological side of horror, and intricately crafted narratives that work as both character studies and possibly supernatural terrors.

Cure’s influence has been critical

Kiyoshi Kurosawa’s influence runs deep in the genre, as well as cinema as a whole. Takashi Shimizu, the director of the iconic Ju-On series, even studied under Kurosawa, with Kurosawa being instrumental in bringing Shimizu’s vision to life. Hell, even the first two short films that built the Ju-On franchise (Katasumi and 4444444444) came about because Kurosawa was impressed with his student in Shimizu and recommended he direct portions of the Gakkô no kaidan G anthology film a producer he knew had just commissioned. Then in more recent years, multi-Academy Award winner Bong Joon-Ho (Memories of Murder, The Host, Parasite) listed Cure among the films that have had the biggest impact on his view of cinema.

Cure follows detective Kenichi Takabe (Kōji Yakusho) and his investigation of a bizarre string of murders wherein the victim always has an X carved into their neck. Seems like a classic serial killer setup, however, the killer is not where the mystery lies, as they are always found nearby with no proper recollection of the crime, and no understanding of why they did it.

What at first seems to be a case of either coincidence or copycat crimes, begins to take a more chilling turn with the common thread between all the murders. A man who claims to have lost his memory, known only as Mamiya (Masato Hagiwara). Mamiya is a terrifying character, in the way he expertly twists things and just how inside Takabe’s head he can really be. Questions begin to arise as the baffling case comes further into view, was it hypnosis? Could such a thing even be achieved with such minimal effort? How does Mamiya know so much, yet claim to remember so little?

What draws the viewer in and leaves them captivated with Cure is that the film brings this slow-burn terror that gets under the skin, leaving the viewer to consider just what it is that’s causing these people to suddenly murder whoever is nearby with such a specific calling card, and exactly who this mysterious stranger who always seems to be around beforehand is. Is it hypnosis, or something supernatural? The suggestion of what lays beneath the surface is where the real horror comes from, the tense and chilling film is mesmerizing in itself, and things falling into place piece by piece is just so satisfying.

This feeling is what brought Japanese horror to a worldwide audience, and what bloomed into one of the most creative and atmospheric subgenres of film. Since the boom, we’ve seen the landscape of horror changing much more actively, jumping through the era where J-Splatter was king, into the ‘Hollywood’ style of things with remakes and endless sequels, all the while a strong indie scene has continued to thrive with new voices being heard all the time. Cure marked a new era, one that still holds great influence over not just Japanese cinema, but horror and surrounding genres across the world, and the film still holds up as a timeless classic.