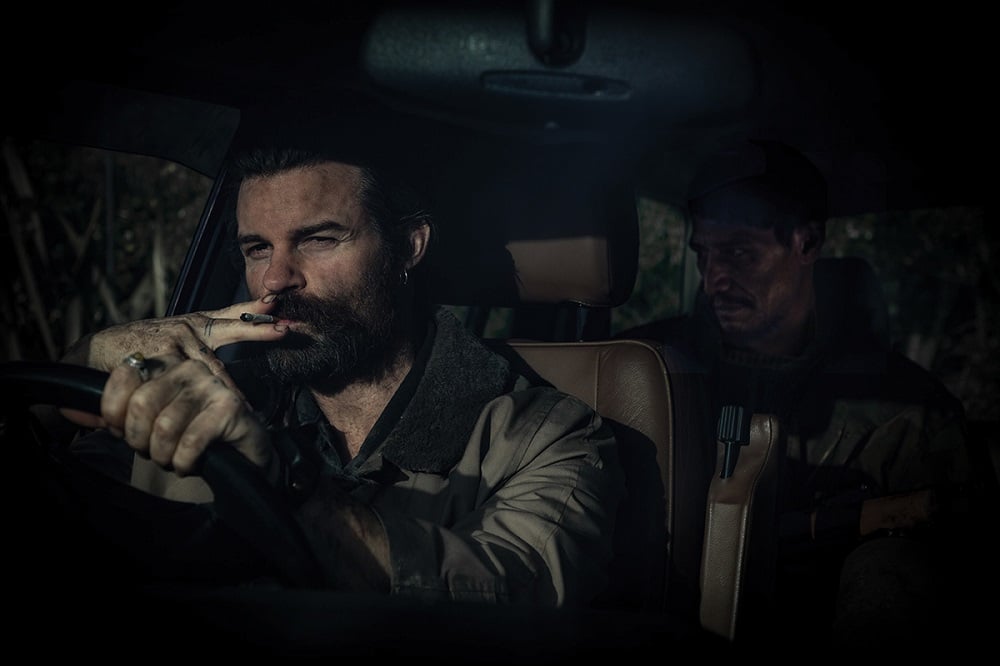 For this critic in particular, New Zealand has been the national cinema to watch in the past decade. While the likes of Taika Waititi and Peter Jackson well before him have rocketed to superstardom, scores of other promising and talented filmmakers have been emerging from the island nation with vibrant, beautiful works of cinema to their names. Many of these films, particularly the ones picked up by Fantasia Fest, have been fun, lighthearted comedies and over-the-top romps that leave you smiling. But no national cinema is one note, and James Ashcroft’s Coming Home in the Dark proves that while New Zealand cinema can certainly lift your spirit up, it can also shatter it. Coming Home is a harrowing journey, an almost sheer 90 minutes of tension and suspense that will leave you drained and broken. It’s a true suspense thriller, with a wicked set of teeth that will bite down to the bone and never let up.

Things begin peacefully as teacher Hoaggie and his wife and two sons enjoy a vacation in the wilderness. But the family is approached out of the brush by two strangers, Mandrake and Bubs, who take the family hostage. There’ll be no spoilers here, but what begins as a robbery turns into an utter nightmare as the family is forced into their car and taken into the night.

Coming Home in the Dark is most certainly a violent movie, but that violence is used as a catalyst rather than existing for itself. Brutal, sudden and casually dispensed violence is used as the spark to create not a roaring fire of bloodshed, but a simmering slow-burn tension that is occasionally re-stoked with a fresh spark when you least expect it. This isn’t Wolf Creek, the violence itself isn’t the main attraction, and the film is fairly light on gore all things considered. It’s what’s in between the violence, the shock and grief after and the tension just before.

The film masterfully places the audience in a state of absolute suspense, the kind that sinks to the bottom of your guts and sicks there, dragging your very soul down. This would not have been possible without the leads, in particular, Erik Thompson as Hoaggie, Miriama McDowell as his wife Jill, and Daniel Gillies as Mandrake. Thompson and McDowell’s shock, terror, and soul-deep sorrow are painful to watch at times, the kind of unvarnished, raw hurt the echoes through you long after. Gillies, for his part, is terrifying rather than terrified. It’s the kind of villain performance so good it could almost poison a career, ala William Atherton. You hate him and fear him right down to your bones, and end the movie hoping you never see him again.

There’s more here than just violence and unbearable tension, though delivered this well they’d almost be enough. Without giving away too much, New Zealand’s dark history of abuse in its state-run care homes enters the discussion, adding a new dimension to things that give the film yet another set of teeth. It’s quite a lot to discuss, a conversation for someone better qualified to talk about institutional violence and abuse than this writer. At its core, it’s a film about how pain and violence beget more pain and violence, not so much justifying the horror as it is presenting it as not happening in a vacuum. This backdrop further helps emphasize the harrowing experience of watching the film. In the parlance of a certain time travelling teenager, it’s heavy, doc. Really, really heavy.

Coming Home in the Dark isn’t a film you watch for fun. It’s a brutal, white-knucle experience that tests the limits of your endurance and your capacity for witnessing evil. It does this with a remarkable amount of tact and skill, rarely relying on gore or overt depictions of violence. Rather, it’s the casualness of the violence from which the real terror comes, and the almost unbearable tension that builds up around it that leaves the most impact on the viewer, to say nothing of the shock, grief and terror reflected on those who witness that violence. It will definitely leave an impact on you, just make sure you’re ready going in.

Fantasia 2021 Dispatch: The Story of Southern Islet and Caution, Hazardous Wife: The Movie

Candyman is a Worthy Update of the ’90s Horror Icon