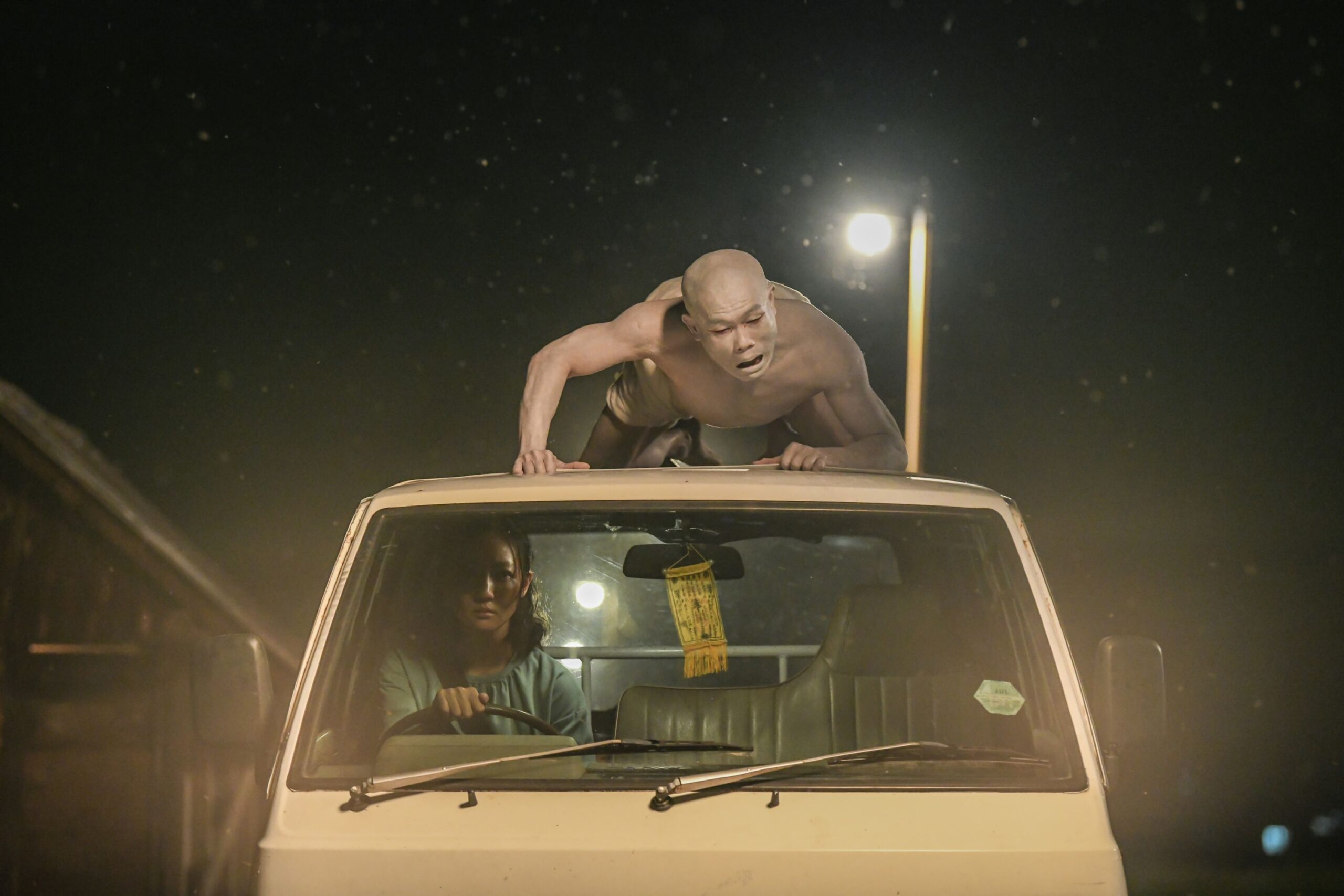 The Story of Southern Islet

Incorporating shadow plays, shamanism, and regional folktales, The Story of Southern Islet is a meditative look at the lengths a non-believer will go to save her husband from an illness that seemingly has no cure. Written and directed by Keat Aun Chong in his debut film, the film is a deliberately paced journey through superstition that slowly drifts from reality into the otherworldly. A beautiful and haunting film, The Story of Southern Islet makes up for its slightly uneven plotting with a mesmerizing, unique experience.

Those already accustomed to the works of Apichatpong Weerasethakul will find plenty to love in this mystical pilgrimage. When Cheong (Season Chee) falls ill, he believes it to be caused by him upsetting the Malay god Datuk Gong. His wife, Yan (Jojo Goh) attempts to aid him first through traditional medicine and then eventually through shaman healing. Sent on a journey that will test both her faith and endurance, Yan’s dedication to her husband is the propulsive force that keeps The Story of Southern Islet constantly engaging.

Local regional and cultural moments within the film also give the movie a unique flavor. The incorporation of shadow plays and the establishing of the rural setting sheds light on the credence given to myths and folktales in contrast to traditional medicine. When science fails or the system that supports it cannot afford to help those lesser off, it’s easy to drift back to spiritual answers. Yan’s journey is mesmerizing and singular in purpose, and that’s what solidifies The Story of Southern Islet as a transfixing work of art. (Christopher Cross)

While its premise is initially interesting enough – female special agent suffers from amnesia and is looked after by another special agent, currently pretending to be her husband until she regains her memory – Caution, Hazardous Wife: The Movie spends so long building a conspiracy and treading familiar water that by the time it realizes its potential, it’s far too late. The action scenes that are there are a lot of fun, but it’s a case of too little too late as Tôya Satô’s latest film runs out of steam long before it reaches its explosive final act.

That being said, the small plot details that create drama and tension in Caution, Hazardous Wife: The Movie help keep things slightly interesting for a little while. Nami (Haruka Ayase) doesn’t remember anything other than that she was in an accident that took away her memory. Hired to look after her and see if she’s lying about her amnesia, Yuki (Hidetoshi Nishijima) pretends to be her husband as they reside in a small coastal town and he investigates the potential corruption within. The political angle of the film is relatively weak, culminating in a lot of generic story beats, but the relationship between Yuki and Nami is a mix of charming and tense. It feels a little like Mr. and Mrs. Smith at times, but even that is a bit too generous of a comparison.

Despite the performances being endearing and the final act containing some well-choreographed and kinetic cinematography, Caution, Hazardous Wife: The Movie is a disappointing affair. The chemistry between the two leads may be great, but the disappointment of watching them only truly capitalize on that at the very end is what will ultimately leave many action audiences wanting. (Christopher Cross)

Junk Head Is Brilliant but Incomplete