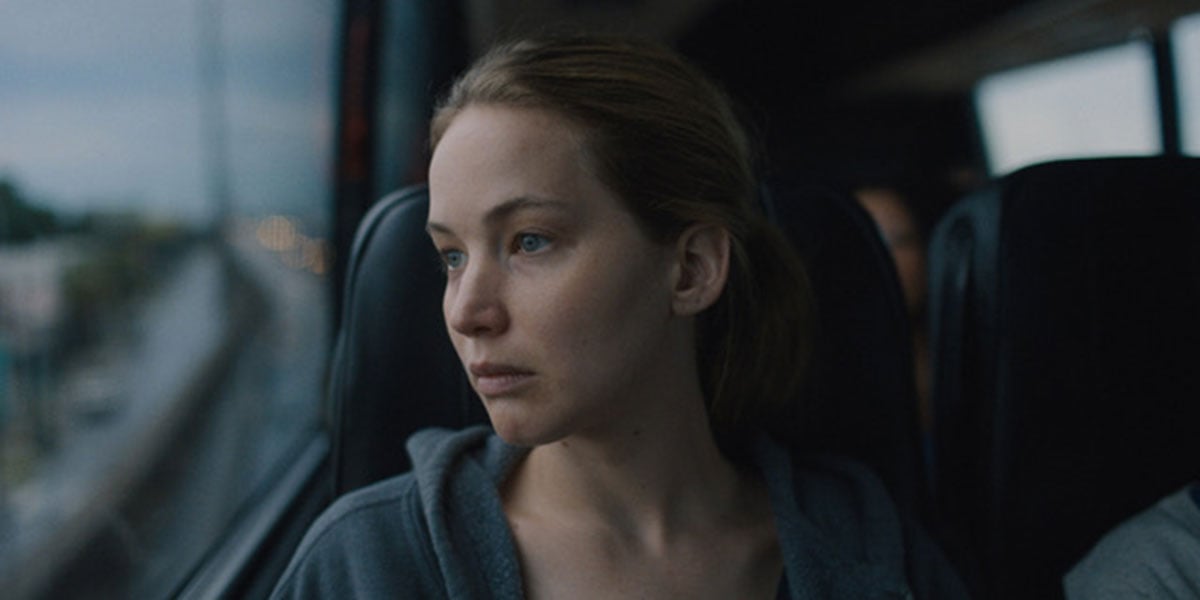 Causeway, a drama from Apple and A24 that debuted at TIFF, features a pair of outstanding performances, and a worthy plot involving a veteran recovering from a  traumatic brain injury.

The problem is with filmmaking. It’s shot inertly, paced poorly, and fails to do anything worthwhile with a great location. I don’t think I’ve ever seen a movie shot in New Orleans that looked so drab.

The film, presumably set in the mid-to-late 2010s, stars Jennifer Lawrence as Lynsey, a woman who served in Afghanistan with the Army Corps of Engineers before a convoy exposition sent her home with motor difficulties. When we first meet her, she’s struggling to so much as walk, although her condition improves as the film goes on. Between the lack of any physical wounds and her continuing to look like Jennifer Lawrence, it’s safe to say Lynsey came out of her brain injury better than most.

She eventually meets James (Brian Tyree Henry), a mechanic who’s working on her car, and the two develop an intense friendship, based in part on the many traumas they’ve each faced- the war injuries for her, a car accident for him, plus strained relationships on both their parts with their parents.

It turns out there are misunderstandings about both the nature of their relationship, and what they told one another about their past tragedies. Also, perhaps because there’s nothing for her to do in her hometown, Lynsey is eager to get medically cleared in order to return to Afghanistan. Stephen McKinley Henderson, the legendary stage actor, gets a couple of brief scenes as Lawrence’s neurologist.

Directed by Lila Neugebauer, Causeway introduces compelling drama, which is well-acted, especially by the two lead actors. But the film isn’t paced well, and its shot compositions are mostly drab and uninteresting.

Lawrence is a true movie star who’s been great in a lot of things, although her role choices of late, between this and Adam McKay’s Don’t Look Up, haven’t been the best. It’s unclear when the Bad Blood adaptation, directed by McKay and to star Lawrence as Elizabeth Holmes, might be happening, although she’s been attached to it for several years.

Henry is also a first-rate actor, in everything from Atlanta to Widows to his indie star vehicle The Outside Story, although the less said about Eternals, the better. He’s fine here, but like Lawrence, his performance deserves a better movie.

Causeway launches this November, on Apple TV+ and possibly also in theaters.