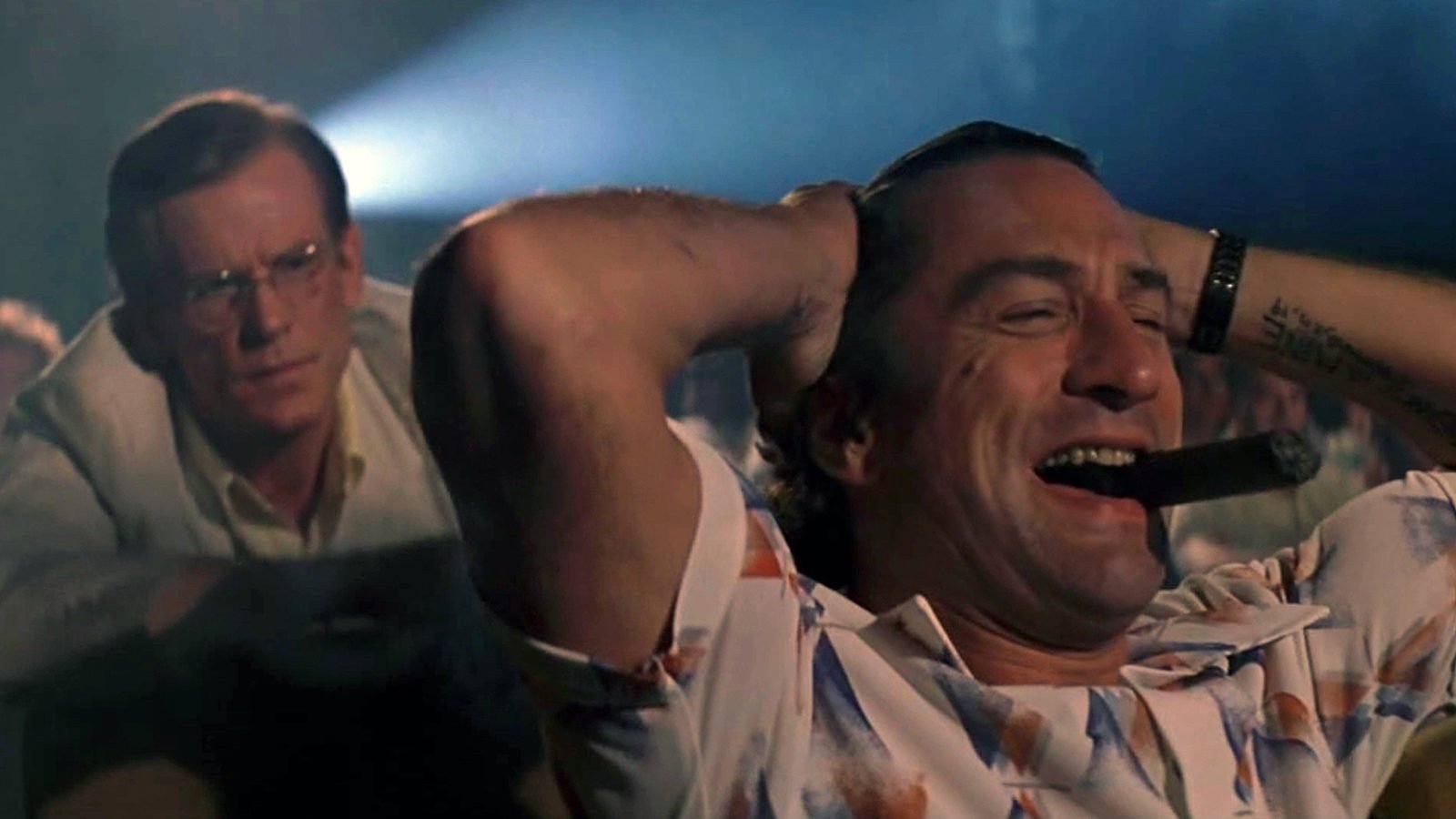 There is nothing in the dark that isn’t there in the light. Except fear.

Modelled on the 1962 original of the same name, it’d be a mistake to think Cape Fear is just a psychological thriller. Yes, it is that, but coated on top is a thick layer of great storytelling and moral commentary, not just on a vendetta between two men (Sam and Cady), but on society as a whole. It’s a movie about the law and the moral limitations of the law and, supporting that, there’s some wider religious references thrown into the mix as well. This is director Scorsese at his nearly best and, quite frankly, Cape Fear has to go down as one of the better remakes in cinema history.

Cape Fear introduces us to Max Cady, a vicious ex-rapist who’s released from prison after a fourteen-year spell behind bars. During that time, he’s been anything but idle. Newly literate and with some extra muscles to boot, he’s brushed up on his education and legal knowledge to realise that the attorney who defended him all those years ago deliberately withheld a report which could have spared him jailtime – a report which revealed that the woman he raped was promiscuous.

As such, there’s only one thing on his mind upon his release: tracking down the attorney he blames for his imprisonment. That attorney is Samuel Bowden, a stable if somewhat dishonest family man who lives with his wife Leigh and their daughter Dani. It marks the start of a never-ending blood feud – a blood feud that can only end when one of them turns up dead.

As so often, Robert de Niro steals the show in his assigned role. He’s utterly terrifying as Cady, the tattooed, cigar-smoking, bible-quoting, casually racist maniac who’s hellbent on punishment. Yet he’s also funny and strangely appealing in a charismatic villain sort of way, at times donning a Hawaiian shirt and flat-cap, at times nothing but his bare torso. Scorsese originally wanted Harrison Ford to play the role, but it’s difficult to envisage him pulling off a better performance than de Niro, who was Oscar-nominated for his role in Cape Fear.

Cape Fear raises the age-old moral and philosophical dilemma: is something legal because it’s right, or is it right because it’s legal? For all that Cady probably did deserve his initial jail sentence, Sam acted against the law by deliberately withholding info that could have seen his acquittal. His justification? Seeing the pain suffered by Cady’s victim (“you should have seen what he did to this girl”). And yet, had Sam not buried the report and Cady walked free, that too might have been an injustice given the pain he’d inflicted. In which case, the problem might be with the law and not Sam. Perhaps wisely, the movie doesn’t attempt to answer the issue definitively.

Seeing Cady do what he does, that viewer’s sympathies cannot but lie with Sam, who soon discovers that he and his family are being stalked. That’s quickly followed by the unexplained death of their dog and one of Sam’s colleagues being beaten and raped. Thing is, Cady’s smart and just about manages to stay on the right side of the law: he harasses without breaching the peace, he spies without trespassing, he kills without being detected. In the early stages of his harassment, there’s a late evening shot of him lounging on Sam’s garden wall with the Fourth of July fireworks celebrations going off behind him. It’s a spectacular shot, and the fence that Cady’s lounging on could symbolise the law itself. The fact that the events take place around the Fourth of July is also suggestive of the United States Constitution and the laws surrounding home invasion. However, perceiving that the law cannot help him, or that Cady won’t let it, Sam soon decides to take that very law into his own hands, going full vigilante.

Cady is like a devil (or, depending on one’s interpretation, an angel) sent down to punish Sam for his ‘original sin’ of withholding the report. Or, at least, he likes to think of himself as such. His body is caked with religious tattoos, and throughout Cape Fear he can be heard quoting various Bible passages to Sam, including one from the Book of Job. In some ways, Sam is a representation of that very prophet, on the verge of losing everything he has built up over a long life. The one difference of course being that Sam, unlike Job, is at least partly responsible for bringing that about. But that doesn’t mean Cady is justified in seeking revenge, and the movie relentlessly drives home the question: do two wrongs make a right?

Related to that, Cape Fear is a movie where there are no heroes, only lesser villains. Cady himself and all his victims are flawed in some way or another: Sam and Leigh when they argue; Kersec when he offers his underhanded services to Sam; and Dani when she finds herself drawn and even attracted towards Cady despite knowing his history. In the 1962 original, Sam was a good man defending his family. That’s emphatically not the case here, adding an interesting dimension to what might otherwise be a straight fight between good and evil. It also serves as a reminder that those at the ‘top’ of society are far from immune to the pitfalls of fraud and corruption.

Sam isn’t a bad man, but he’s no saint, either. Rapist though Cady was and is, every criminal has the right to the best defense in court, and Sam purposely prevented him from having that. His initial attempt at buying off Cady is laughable, and he then threatens him publicly in a café, making good on his threat by accepting Kersec’s offer of having a bunch of guys jump him outside his digs. Cady fights them off but uses his injuries to turn the tables on Sam by winding him up in court. It’s a telling moment and something of a role reversal; the lawyer becomes the defendant. And for all Cady’s viciousness, Cape Fear keeps alive the possibility that Sam is really the one at fault. Or, more likely, that they both are.

The hearing results in a restraining order which Cady has no intention of letting Sam honour. Sensing that things are coming to a head, Sam and Kersec go on an old-fashioned stakeout and booby trap the Bowden household in anticipation of Cady breaking in, which he duly does. Somehow, he goes undetected, first murdering the housemaid then fooling Kersec by dressing in her clothes and bleeding him out from behind with a piano wire, fleeing into the night before Sam has a chance to apprehend him.

Overwhelmed by it all, the Bowdens head to their private houseboat on Cape Fear River, but little do they know that Cady finds a way to come with them … by hanging onto the underside of their car. It sets things up nicely for a finale that is both climactic and epic. There’s a suitably biblical feel, with extreme weather events, torrential rain, and a boat that’s quickly falling apart. Then, following a mock trial and raving speech by Cady about all the things he thinks Sam is guilty for, the two opponents grapple with each other on the riverbank in one raw and primal face-off. Man versus man.

Just as Sam is about to crush Cady under the weight of a massive rock in an Old Testament sort of way, the swelling river washes Cady away to a watery grave, but not before a last shot of his eyes as they descend slowly down into the water, glaring Sam’s way in eternal judgment. It suggests the feud is not really over, that Cady is in some way going to live on as a malignant spirit, constantly hanging over Sam. And in truth, it’s the best ending there could have been.

The English Patient at 25: In Memory, Love Lives Forever

Kevin Garnett: Anything is Possible is an Intimate Portrait, up to a Point 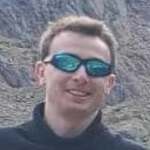