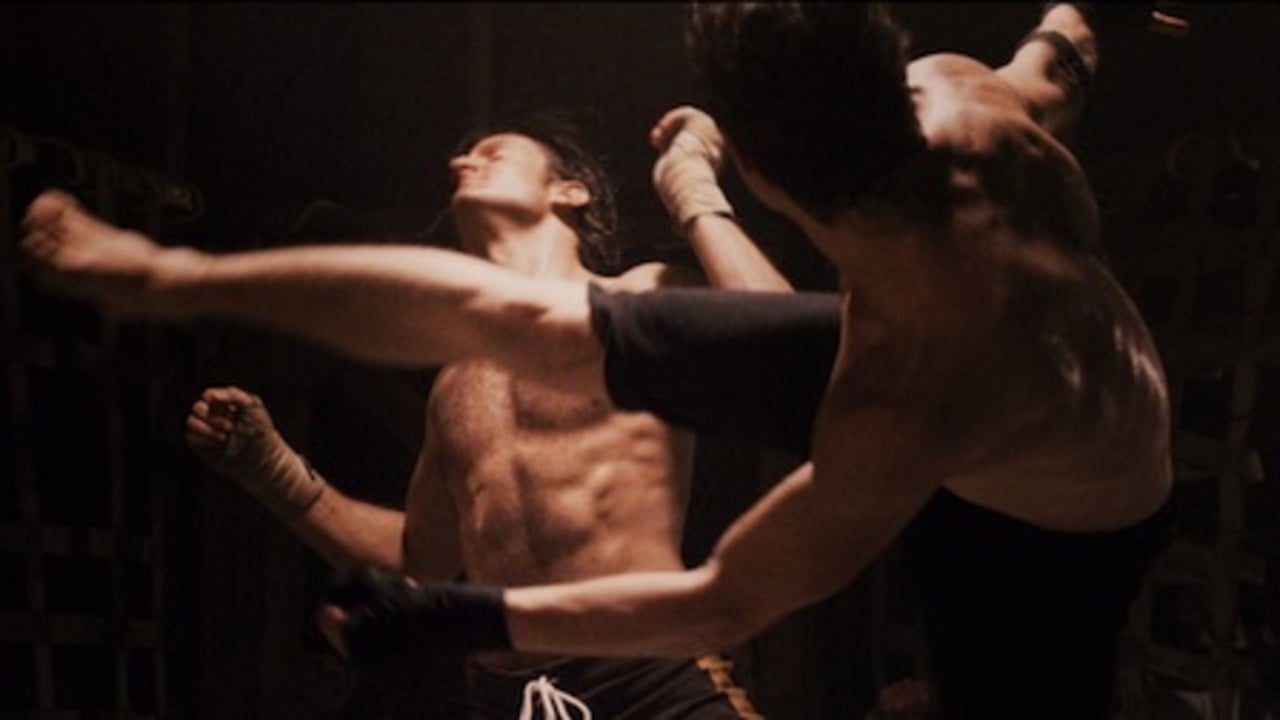 “As a kid, I had a record with the story of Cain and Abel on it. I used to play that record all the time – it really creeped me out.” – Chris Sivertson

Brawler is a ferociously original film built on the bones of very old stories – some of the oldest in literary history. It was part of a sub-genre of films including Bellflower and Another Earth that are “a complicated dance between what I guess you could call the traditionally more masculine [genre] storytelling and this more feminine, intimate human drama” as Brit Marling, writer and star of Another Earth explains it.

Or to put it another way, all three films are narratives about the most twisted, fucked-up relationships humanly possible, framed in the context of a genre narrative.

In the case of Brawler, it is the story of two brothers and the woman who comes between them, set in the fighting genre. The older brother Charlie Fontaine (Nathan Grubbs) is the fighter that other fighters respect. He maximizes his talent through hard work and study. The younger brother Bobby (Marc Senter) has more raw talent, but does not respect his own abilities. He is also a drug addict and an alcoholic. The point of the romantic triangle is Charlie’s wife Kat (the luminous Pell James), a recovering alcoholic who gave up the booze for Charlie.

There is a tragic inevitability to Kat falling off the wagon. She got on the wagon for someone else, not for herself, and her commitment to sobriety melts like an ice-cube in a glass of Long Island Iced Tea on a hot Southern day without air conditioning. Bobby is the catalyst of Kat’s relapse, but not the cause. “Do you know how good you made my life?” Kat asks Charlie after crawling out of a bottle, “Do you know how easy it is to hate you for that?”

“It was a true story, a Louisiana legend about these two brothers who fought in underground boxing matches on boats in New Orleans harbor. The boxers would get on the boats, the spectators would get on, they would pull up the gangplanks to keep the authorities off the boats so that they could gamble on the fights. The two brothers got into it over a woman and they settled it with a boxing match on the boats.” – Nathan Grubbs

“We didn’t try to tell the literal truth of the original story. We were interested in the emotional truth of why two brothers would fight like this.” – Chris Sivertson

Sivertson and Grubbs bring the older, original true story into the modern day, but keep the action on the boats. They switched the style of fighting from boxing to mixed martial arts which helps the film seem more current. MMA is the fighting style of today, but it also has a connection to older fighting styles that had less rules than boxing. (“No eye gouging, no biting. That’s about it for rules,” explains Charlie to his old boxing trainer.) This works well both as a metaphor for the no-holds barred nature of the conflict between brothers and as a connection to the older stories like the Cain and Abel myth that this film draws inspiration from.

Even with family, debts must be paid.

“We (Marc Senter and I) moved in together for nearly a year partly so that we could learn how to really be brothers. That’s why I ended up punching a hole in a wall of the house.” – Nathan Grubbs

The relationship between brothers resembles the one between Christian Bale and Mark Wahlberg in David O. Russell’s The Fighter, only with the family-friendly training wheels taken off. One of the dirty secrets of The Fighter is that the movie ends at the point of Micky Ward’s life when they could give him a happy ending. Brawler is smart enough to know that if the story goes on long enough, no fighter’s life has a happy ending.

The better parallel is with Darren Aronofsky’s The Wrestler. Both films understand the tragic nature of a fighter’s life (even if the fights are rigged). Both films understand the addictions that plague all fighters, the one core addiction that feeds all the others: the lure of one more fight. And both films stare into the souls of the blood ghouls who pay to see men beat each other near to death and understand that what the crowd claims to want is not what they really want. As any good wrestling promoter knows, there is more money in disappointing a crowd than there is in giving them what they claim to want.

Just as a good fighter’s base is built on footwork, breathing, maneuvers and exercises that are common to all fighters, Brawler is built on stories and themes common to all fighting movies, but like a great fighter who finds an angle of attack that no one ever saw before, Brawler combines its story elements together into something wonderful and completely original.

The Wrestler and the Sacrifice of the Human Body