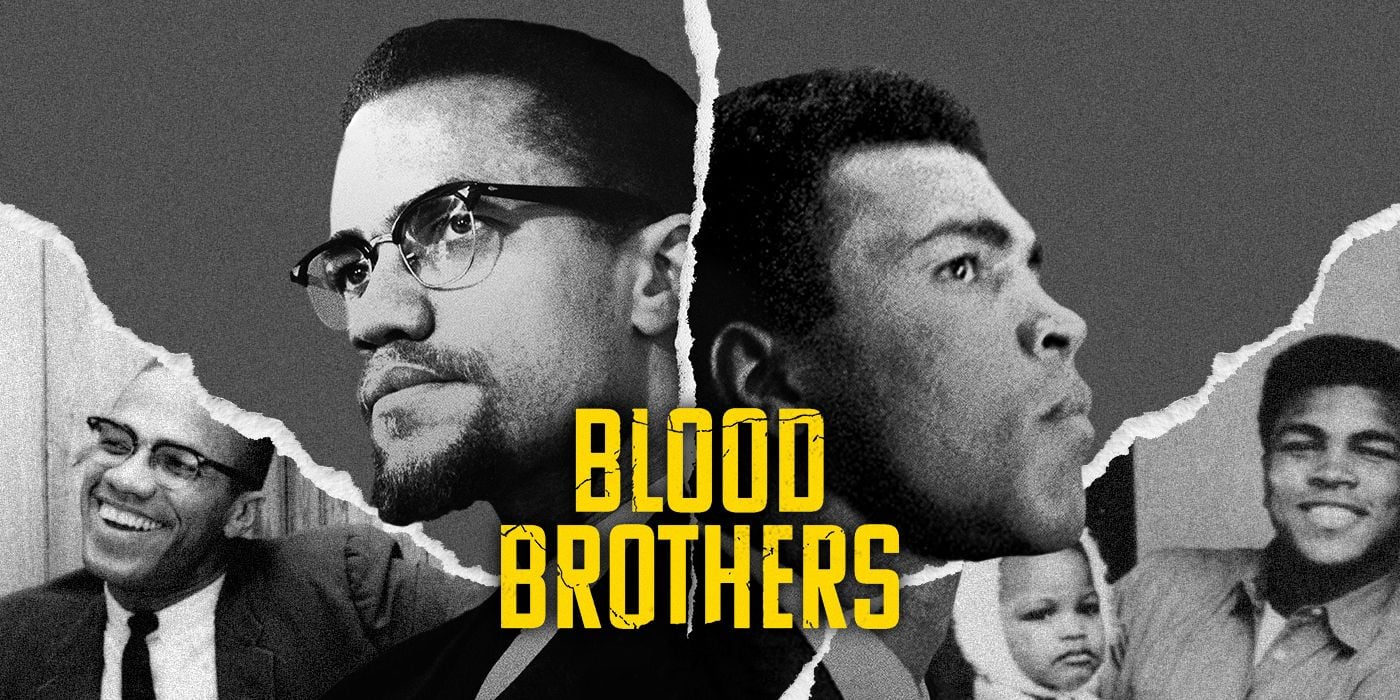 Back in early 2020, around the time that HBO broadcast an entire documentary about the friendship between Muhammad Ali and TV host Dick Cavett (Ali and Cavett: Tale of the Tapes), I speculated that we may have at last reached the upper limit of worthwhile angles about Ali’s life that had yet to be subjects of feature-length documentaries.

Sure, Ali was one of the most fascinating figures of the last century, but there have been SO many of these documentaries already, about everything from Ali’s impact on the development of rap music (Ali Rap) to, earlier this year, an exploration of Ali’s 2016 funeral and the way his hometown of Louisville responded to his death (City of Ali). They can’t all be When We Were Kings…

Now — just weeks before Ken Burns unveils his own eight-hour documentary examination of Ali’s entire life, on PBS — we have Blood Brothers: Malcolm X & Muhammad Ali, a feature-length Netflix doc about Ali’s relationship with Nation of Islam leader Malcolm X. This subject, needless to say, has been trodden on by cinema before. There have already been biopics of both men (Spike Lee’s of Malcolm, and Michael Mann’s of Ali), with the latter film depicting the Ali/Malcolm relationship at length. Their friendship was also the subject of an entire other prestige movie, Regina King’s One Night in Miami, just last year.

The Blood Brothers film, directed by Marcus A. Clarke, is adapted from the 2016 book of the same name by Randy Roberts and Johnny Smith. It focuses on the friendship between the two men, beginning with their meeting in 1962 and leading up to Malcolm’s assassination in 1965. In between, of course, Malcolm helped the man formerly known as Cassius Clay convert to Islam and become associated with the Nation of Islam. This helped bring about the public political consciousness that led Ali, after Malcolm’s death, to refuse induction to the Army, costing him his heavyweight championship. Ali went on to outlive Malcolm by more than 50 years, but he remained both Muslim and politically active for the remainder of his life.

A documentary like this, almost naturally, has a ton going for it: Ali and Malcolm both had powerful stories, and the footage of both of them speaking is hugely powerful. A downside is that both protagonists, as well as most of the other people who figured in the story, are no longer with us.

So the talking head interviews are mostly with either experts (such as book coauthor Smith), or with the brothers, sons, or daughters of key people in the story (I was kind of shocked to discover that Marcus Garvey, who died in 1940, had a son who’s still alive.) There are several instances of people reading aloud from The Autobiography of Malcolm X.

We also hear from a couple of one of my favorite types of media creatures, the Elderly Retired Boxing Writer With Lots of Great Ali Stories. After Ali died, the survivors of that cohort were absolutely everywhere.

Blood Brothers, with the use of a great deal of archival footage, goes into a lot of biographical background of both men, even before they met each other, before taking us through their meeting and friendship. There’s even a section about the night depicted in One Night in Miami. The filmmakers of that movie and this one both admit that what was discussed in the hotel room that night will likely forever remain unknown, leaving cinema only to speculate.

Ultimately, Blood Brothers doesn’t have a ton to add to the established understanding of the story it’s telling, but it assembles so much excellent footage that it’s likely to appeal to even casual Ali buffs.

Now, how about a documentary about the friendship between Muhammad Ali and Billy Crystal, culminating in Crystal’s eulogy at the funeral? That might be the only remaining angle…