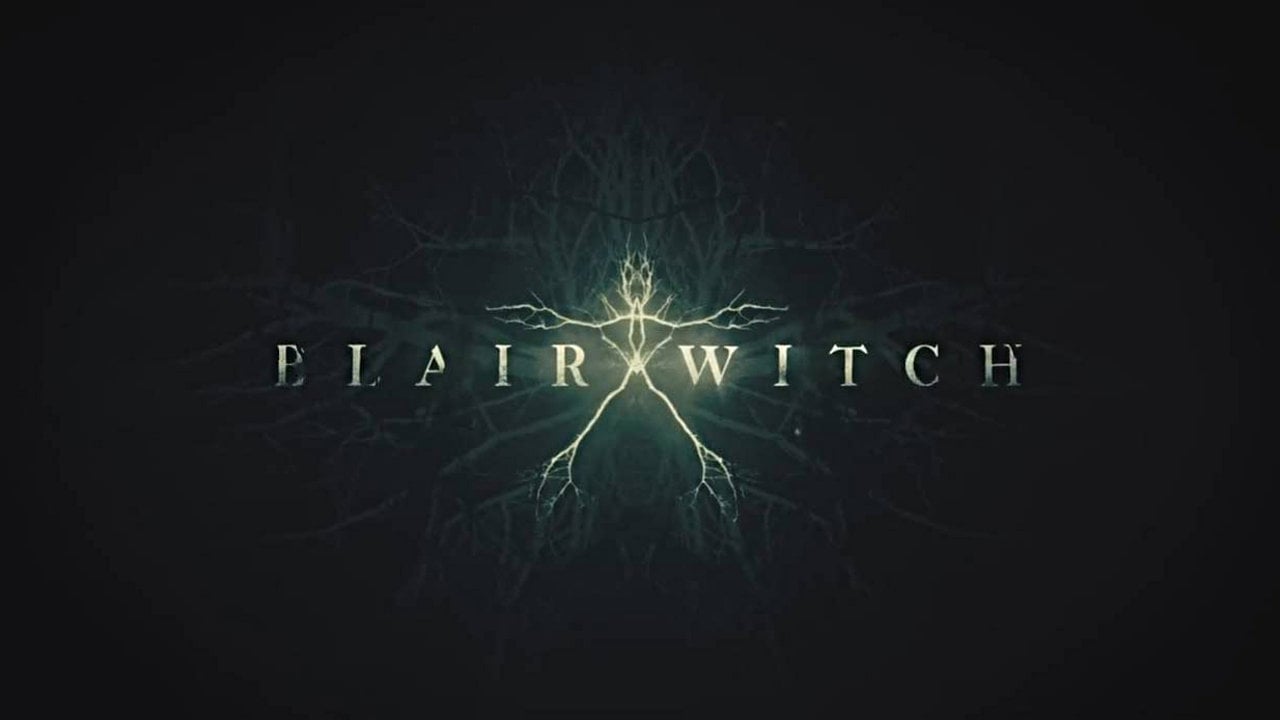 The Blair Witch Project is a tough act to follow.  It all but single-handedly popularized the found-footage film style in the horror genre and is possibly still the most recognizable and significant found-footage film to date. Daniel Myrick and Eduardo Sanchez’s 1999 horror classic, utilizing an unknown cast, rooted in subtlety and realism, and featuring one of the best marketing campaigns ever designed, momentarily convinced audiences it was a genuine documentary while absolutely convincing even the most skeptical to beware the woods.

Seventeen years after the original and sixteen years after the regrettable sequel, Book of Shadows, the franchise has returned in the form of Blair Witch.  Discretely developed under the faux name The Woods, Blair Witch, directed by Adam Wingard and written by Simon Barrett, the duo behind You’re Next and The Guest, operates as a direct sequel to the original film and is undoubtedly going to be one of the most divisive films of the year. After uncovering footage online of what he believes to be traces of his long lost sister, James, brother of Heather Donahue from the original film, heads to Black Hills Forest in Maryland where Heather was last seen.  Along for the ride is his friend and documentarian-in-the-making Lisa, his older friends Ashley and Peter, and a couple of Black Hills locals and guides, Lane and Talia.  Harkening back to the first film in the franchise, the film discloses the events documented by the ensemble as they discover the sinister secrets that lay hidden in Black Hills forest. 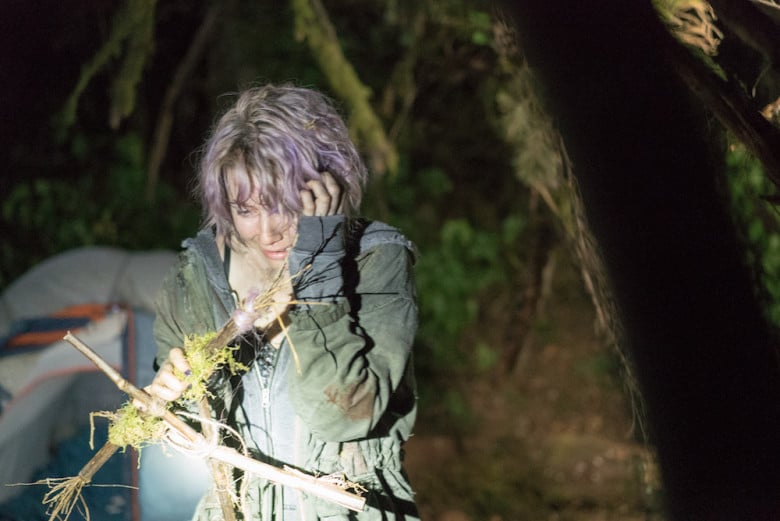 Blair Witch maintains most of the necessary staples of the franchise; a group of friends documenting their time in the woods; eerie sounds at night; an invisible presence lurking nearby; the appearance of mysterious stick figures composed of twigs and strung from trees, and the eventual, inevitable disappearance of members of the group.  Make no mistake, this is a sequel to The Blair Witch Project, replete with running, screaming, cracking of twigs, and, of course, some fittingly shaky, disorienting camera work.  In this way, Blair Witch does what it needs to do in order to remain true to the original and maintain some familiarity to Project.  The film does bring something new to the woods, however.  Along with the doubled number of happy campers comes current technologies, GPS, digital cameras, a drone, and ear-piece cameras that truly give a first person perspective.  While not all cameras prove totally necessary, the drone camera, for example, is really only there to demonstrate how secluded the group is.  The advances in technology provide solutions to many found-footage problems, namely, why the hell the characters are still filming when they should be focused on surviving.  While it takes some time setting the stage, Blair Witch also benefits from a faster, more comfortable pace than the slower, brooding Project, making for very easy viewing.

For better or worse, Blair Witch does manage to distinguish itself from its predecessors. By providing James the motivation of wanting to uncover the truth behind his sister’s disappearance, the group does have a more sound reason to travel back to the woods, especially in consideration of the presumably horrific fate Heather and her companions experienced there years before and, of course, the terrifying legends of the Blair Witch, both of which seem suitable enough deterrents to Black Hills visits.  What James could truly hope to find after twenty years (Heather and her friends went missing in 1994 and James went in search of her in 2014), is hard to grasp (worst case scenario, she was killed by a witch), but the drive for closure is somewhat relatable.  Unfortunately, James character is limited to that drive, resulting in a limited potential for emotional resonance, especially when that drive leads to some stupid choices (this is a horror movie after all). Regrettably, James is far from the only one dimensional character, and, despite the overall harmlessly mundane characters, Blair Witch fails to truly get the audience to care about the fates of its characters.  Compared to the subtle, yet realistic portrayal of people in a desperate, dreadful situation that made The Blair Witch Project so impacting, Blair Witch, like many current films, provides only fodder to feed the fears of the audience. 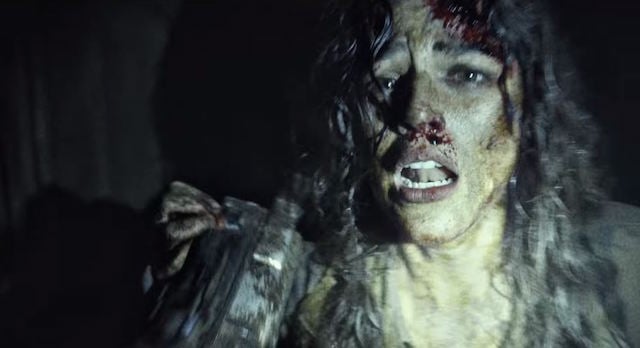 Rather than focusing on its characters, Blair Witch intentionally focuses on the legend of the Witch herself.  Providing a brief backstory and elaborating on the mythos itself, it’s clear that Wingard and Barrett were far more interested in building the world and the lore behind the Witch and the forest she inhabits than the characters struggling to survive. Each piece of legend provides fascinating implications, and certainly opens the doors for future projects but the film would have benefited if more effort was been given to building the characters as well.

The true strength of The Blair Witch Project lies within ambiguity and the power of suggestion, letting the audience’s imagination get the best of them.  It never truly reveals anything, making the film brilliant in its own right, but for many, leaving something to be desired, especially with younger audiences.  Wingard and Barrett undoubtedly recognized that failure to produce anything additional and revealing anything would limit Blair Witch to nothing more than a rehash, truly putting the film on the horns of a dilemma.  Consequently, some of that brilliant subtlety and suspenseful suggestion is lost, something that many will hold against the film as it loses some familiarity to the original.  Instead, the film utilizes jump scares to fuel the fright factor while gradually escalating familiar proceedings before the film reaches its genuinely suspenseful finale.  The majority of the film relies a little too heavily on cheap jump scares rather than employing the powerful techniques used in the finale to drive home the “real” horror, perhaps for fear that those small glimpses of something more will lose their impact over time if used throughout, but it was in these moments that Blair Witch differentiated itself while satisfactorily elevating what came before it.  The final twenty minutes, complete with a twist that puts the film in a whole new light, brilliantly answers raging, old questions while raising so many others in the most intriguing way. If anything, the film is worth your time and money, for the third act alone. Blair Witch certainly reverently revisits many of the memorable aspects of The Blair Witch Project while differentiating itself in ways that will deeply impact audiences, whether or not the film is enjoyed.  Less an original inspection of people in the most dire of circumstances and much more recognizable as a current day horror movie, Blair Witch does less to suspend belief than the film it eagerly pays tribute to and does much more to cultivate an alluring lore around the figure of the Blair Witch and the hills she haunts.  While audiences may be divided about the film’s merits, it’s certainly worth watching, if not for the intriguing mythos than for the finale alone.  In the end, one thing is emphatically clear, though-DON’T GO IN TO THE WOODS.

‘Warcraft’: When an RTS Story Clashes with the Needs of a 2 Hour Movie 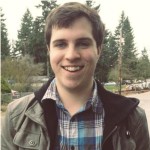