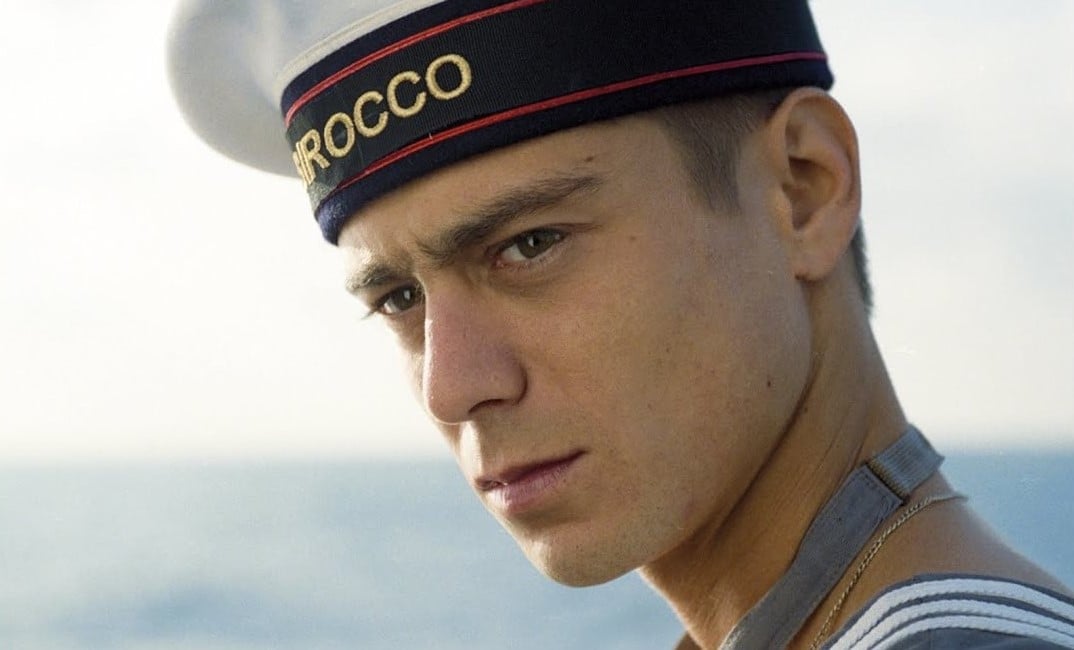 Though it’s after titles detailing the history of French nuke experiments suggest otherwise, writer/director Marion Hänsel’s Black Ocean is not a political treatise or a history lesson. Instead, it takes advantage of the remote, isolated environments in which the experimentation took place – as well as the monumental imagery of the act itself – in order to communicate a more universal story about the power of awe.

Black Ocean principally follows three young sailors (Romain David, Adrien Jolivet, Nicolas Robin) on a French naval vessel in 1972, who are on cours`e for an unknown destination in order to help carry out the bomb tests they’ve yet to personally witness. The film is essentially divided into two parts: before and after the blast. Before the blast, we spend a lot of time quietly observing the sometimes-friendly, sometimes-oppositional patter and play between the youngsters as they try to stay awake through interminable watch shifts and quietly ponder the lives they left behind.

Maybe a little too quietly – Hänsel’s sailors occasionally get mildly rowdy, but too frequently succumb to long bouts of looking solemnly into the distance, at least in the first half of the film. There’s also a naggingly obvious bit of backstory whose significance is too-often underlined involving a treacherous childhood walk through a river and a buried message. For the most part, however, Hänsel keeps things refreshingly unfettered, with the most loaded relationship in the film belonging to one of the young men and the bright-eyed dog who follows him around.

Once the bomb hits, Black Ocean necessarily shifts gears and turns into a somber meditation on what it is to witness an event that irrevocably shifts your understanding of the world. It’s this difficult-to-depict circumstance that Hänsel mostly succeeds in evoking in the viewer thanks to the effectively low-key performances, mostly efficient writing, and stunning cinematography. Despite a late-film lapse into excess sentimentality (thanks to unnecessary use of voiceover-from-the-future), and the unnecessary “political statement” packaging, Black Ocean is transportive and touching.

Raiders of the Lost Ark: The Movie That Made Me a MovieBuff

Ben Affleck’s The Town is a Frustratingly Pat Experience