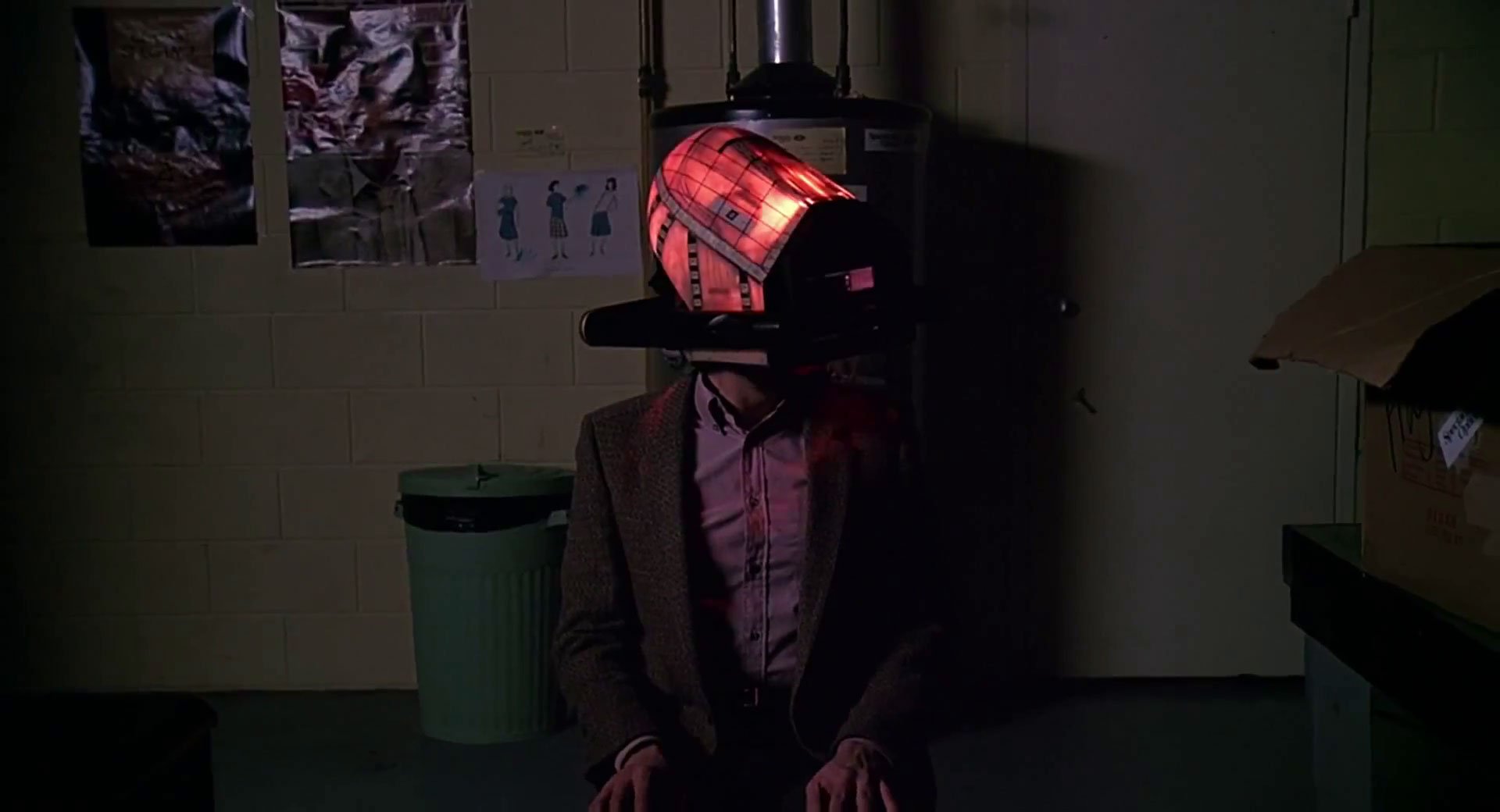 Your muscles contort. Your skin bubbles and stretches. Your loins throb and your limbs writhe. You thrash in the throes of excruciating pain and agonizing pleasure. Before you even realize your body has betrayed you, like a snake shedding its skin, you are born anew. Perhaps the most visceral of the horror genres, body horror represents the most intimate of all fears. It’s the inescapable sensation that the shell housing every synchronized component keeping you alive is under attack. Yet it is more than simple infection; it is metamorphosis, a mutation that does not always spell death. More so, it may even be the start of a beautiful new life.

The human body has long been the enemy of horror films. One only has to look as early as The Invisible Man or The Wolfman for manifestations of physical forms undergoing irrevocable change. But the body horror genre encompasses three distinct variations of organic terror: invasion via disease or decomposition, violation through mutilation or penetration, and transformation from a reconstitution of biology.

Whether psychosomatic or extraterrestrial, the dangers of invasive body horror range from the plausible to the fantastic. The 1956 version of Invasion of the Body Snatchers turned Cold War paranoia into physical terror with its tale of pod people replacing humans for the ultimate takeover of the planet. The fear of conformity has long driven the horror genre, but it was popularized during the ‘50s when things as mundane as suburbia and as threatening as espionage were seeping into the cultural zeitgeist. Twenty years later, the 1978 remake would adopt a more visceral approach to its alien replicants, as special effects were able to effectively depict the process in all its gooey glory.

Special effects technology has largely been a friend to body horror, which has escalated in the extremity with each passing decade. John Carpenter’s 1981 remake of The Thing from Another World, aptly renamed The Thing, envisions an alien organism, not unlike its pod predecessors. The titular thing assumes the shape of other life forms in an attempt to imitate it, involving a gruesome synthesis of flesh, blood, and viscera. In both The Thing and Body Snatchers, the concept of the uncanny is used to ratchet up the tension; it is not just the fear of the other, it is the fear of the other in a familiar shape, in some instances, your own.

The Thing shares a kindred spirit with Society, Brian Yuzna’s icky allegory about Beverly Hills’ upper crust, an incestuous and mutated gaggle of snobs who literally feed off the poor. The quest for genetic purity drives both sets of movie monsters and permeates more relatable fare like 1995′s Safe, Todd Hayne’s “horror movie of the soul” about a milquetoast housewife (Julianne Moore) who develops an inexplicable aversion to her environment. There literally becomes no place to hide as everyday pollution, beauty products, and toxins seem to turn against her, and she seeks refuge in a New Age cult. The extreme lengths that characters resort to in finding a “cure” are as much a part of body horror as the illnesses themselves. William Friedkin’s 2006 chiller, Bug, frames an ill-fated romance around a Gulf War vet’s paranoia over the government using his body for experiments with insects. With each escalating suspicion, the measure to resolve or prove that suspicion escalates as well.

Victims of body horror are rarely willing participants in their transgression. The fear of one’s own body is coupled with the fear of how that body can be abused or violated. Eastern and Western sexual repression has provided ample fodder for horror films wherein the body becomes a conduit for other entities to enter, explore, and often desecrate. What drives these films is an audience that is largely ambivalent about its bodies, perhaps even ignorant of them. Ridley Scott’s Alien was one of the first psychosexual horror films to achieve canonical status within the genre. Its alien xenomorph reproduces through a parasitic “face-hugger” that inserts a proboscis into the mouth of its host and releases an egg. That egg then gestates in the warm stomach of its carrier (in this case, poor John Hurt as Kane), thereby eventually bursting out to life. The phallic-shaped organism picks off its human prey by puncturing their skulls with its tongue, another proboscis with a maw of its own. In the genre, breeding and birthing are returned to their primordial state of life or death.

If Alien represents the male anxiety of penetration as a perceived non-masculine act of submission, then Possession represents the female anxiety of penetration as an act of subjugation. The oddball 1981 film stars Isabelle Adjani as a disturbed wife who falls out of love with her husband (Sam Neill) and into the bed of a tentacled creature, which she kills to protect. However, the creature’s wriggling state is merely a gestation period for its true nature–a doppelganger of her estranged husband.

Gender dynamics play a key role in body horror, where the differing orificial experiences of males and females are broken down to a singular sensual state. Eraserhead‘s slimy mutant baby pushes its reticent father to his psychological breaking point by all but damning the signature purpose of his biology. Clive Barker’s demon tale Hellraiser repurposes gender discrimination through its equal opportunity sadists from Hell, who torture hapless victims by venting new holes in their bodies. A film like Stuart Gordon’s Re-Animator redraws familiar gender lines for optimal discomfort, as in a scene where a deranged doctor tries to force oral sex on a woman via a disembodied head. And that one’s a comedy.

Such varying levels of taste have given rise to the New French Extremity cinema, which has largely differentiated itself from the abhorrent torture porn genre by setting its aims on the psychological traumas of its characters. Of course, the defilement of the body is still front and center. Inside turns maternal anxiety into a horror scenario where a pregnant woman is in danger of having her baby literally ripped from her womb. In My Skin chronicles the descent of a woman who self-mutilates after a disfiguring accident. Cannibalism drives the narratives of arthouse director Claire Denis’ Trouble Every Day and schlock director Xavier Gens’ Frontier(s). When the perpetrators of these atrocities aren’t the main characters, they are usually villains devoid of humanity, who inflict pain that transcends humanity. Pascal Laugier’s 2008 film Martyrs is the staple of the French renaissance of horror. In the film, a shadowy organization imprisons young women and subjects them to demoralizing torture. This savagery serves a higher purpose–to force the victim to experience pain so unimaginable, she reaches a state of transfiguration.

Viewer repulsion is a key component of body horror–leave the audience squirming in their seats, shielding their eyes, and holding back their lunch. No other horror element elicits this reaction better than the full-on mutation of the body and no other director better encapsulates the genre than Canadian filmmaker David Cronenberg. Cronenberg’s filmography is replete with stories of bodies slowing decaying, melding with technology, or succumbing to peculiar afflictions. The characters, once frightened, become not just accepting of their new physical states but emboldened. Two of his earliest films, Shivers and Rabid, rely on more stereotypical features of the genre, using parasites and zombies as their basis. But Videodrome, made in 1983, throws its main character Max (James Woods) deep into the heart of a conspiracy to control the masses through a mysterious cable channel. The channel broadcasts a signal that induces brain tumors in its viewers, but for Max, creates a cavity in his stomach not unlike the slot of a VCR. “Long live the new flesh” is the conspiracy’s slogan and would best serve as Cronenberg’s motto. By locating the narrative impetus behind the simple infection allegory, he finds the necessary human element for convincing body horror. His 1986 remake of The Fly is the ultimate distillation of the genre, a grim disease parable about one man’s scientific obsession. Jeff Goldblum stars as Seth Brundle, the brilliant scientist whose molecules form with that of a common housefly after a test with his teleportation pod goes awry. At first, the changes are thrilling: increased agility, strength, and sexual performance. But soon, his entire cellular structure changes, revealing more of the insect/human hybrid he will become. Special effects wizard Chris Walas’ creature design grounds the gruesome metamorphosis in reality, but it is Cronenberg’s adherence to his character’s emotional response, equal parts elation and devastation, which sells the harrowing transformation.

Scientific pursuit is a common theme among transformative body horror. In Ken Russell’s Altered States, William Hurt’s Dr. Jessup undergoes a drug and sensory deprivation procedure in an attempt to achieve another state of being. In this case, his genetic makeup regresses from man to ape. Likewise, in the H.P. Lovecraft adaptation From Beyond, a group of scientists create a machine to expand the human perception of reality but tear open an alternate dimension in the process. But science is not always a prerequisite for mutation, as in the Japanese cult classic, Tetsuo: The Iron Man, where a man is cursed with a disease that fuses his flesh with scrap metal.

Body horror sees the body as an open entity, a vessel willing to take in new parts, and sometimes, new partners. The process of reconstitution–physical, psychological, or emotional–is a violent one. The comfort of our flesh is used against us, as our rubbery encasements are revealed to be breakable, malleable, and most frightening, susceptible to changes beyond the capacity of human thought, pain, and imagination.