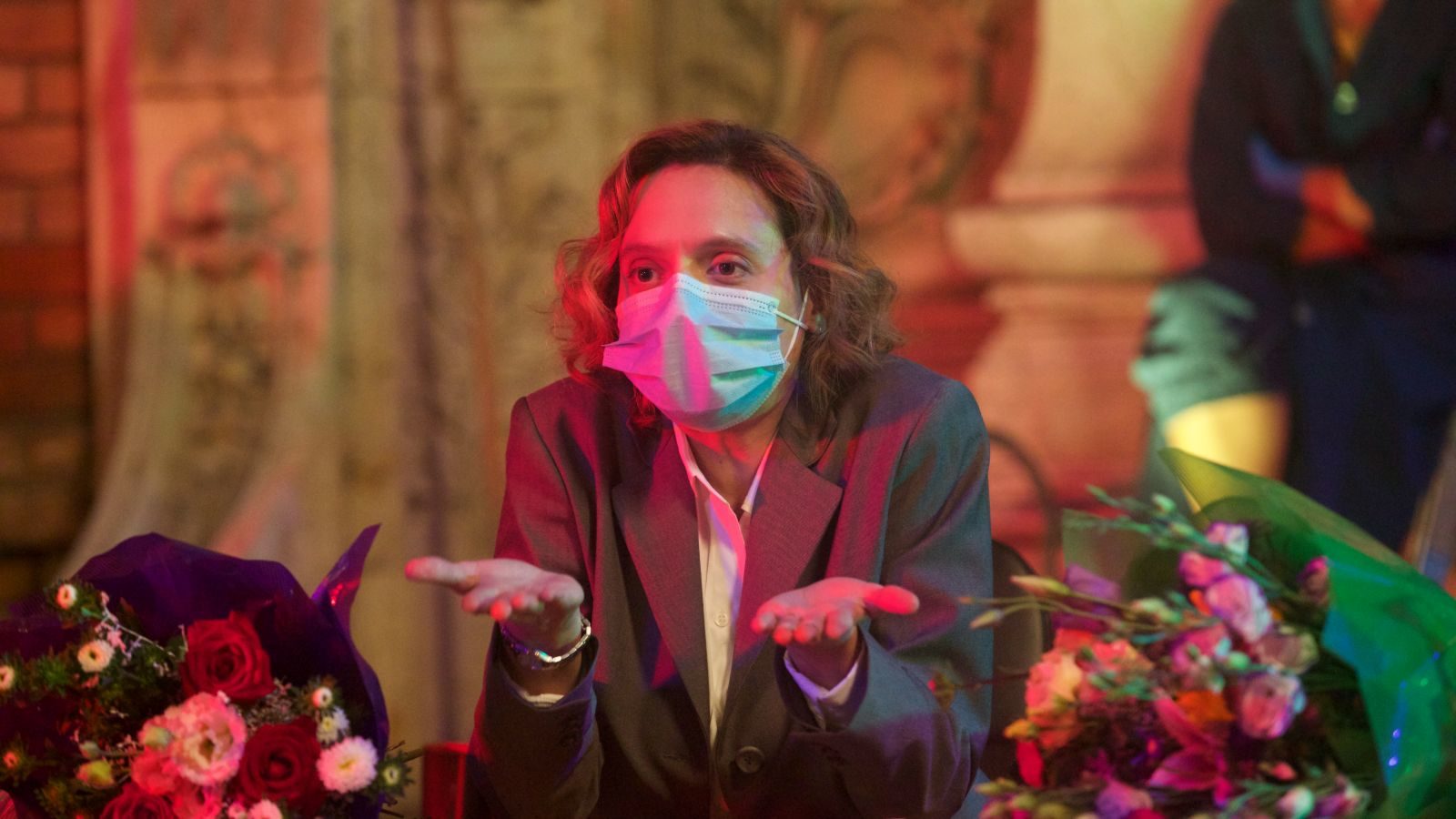 This includes human modes of behavior, sexuality, revenge-form, slut-shaming, and — more than anything else — the way the pandemic has exposed the worst sides of so many of us. It’s probably trying to say specific things about Romania, but no matter where you live, a lot of this is going to sound very familiar.

So much of the pandemic cinema to date has either been smug, insufferable, or the type of “movie” that’s assembled entirely from Zoom calls. But Bad Luck Banging breaks the streak- it’s lively, it’s funny, it hits satirical targets, it’s formally inventive, and it actually has something to say. It’s so wonderful to see a film take a huge, huge swing, and completely connect.

And no, I’m not only saying that because the film begins with about seven minutes of full-on hard-core pornography. But it does, in fact, do that.

One of the stupidest Hollywood comedies in recent memory, 2014’s Jason Segel/Cameron Diaz farce Sex Tape, started off with a similar premise, although Bad Luck Banging goes off in a wildly different direction from that piece of witless studio garbage.

The first third of the movie is Emi becoming aware that the tape leaked and going about her day. We begin to notice that as she travels around Bucharest, she overhears a lot of conversations about politics, the pandemic, and how everyone’s going a bit nuts as a result.

The second act of Bad Luck Banging goes off in a wild, impressionistic direction, as the filmmaker gets away from any kind of standard narrative and just shares images of various controversial events and subjects, from coups to massacres to, yes, various pornographic imagery. It’s the kind of thing that would be a fun exercise on its own, but it fits in here just fine.

The finale, though, is the film’s best sequence. An outdoor, pandemic-safe meeting, it’s essentially a kangaroo court in which Emi is on “trial,” she’s given the opportunity to defend herself, and the parents in school are free to weigh in and ultimately vote on the fate of her job.

The whole schoolteacher-was-secretly-on-OnlyFans scenario has now happened quite a few times in real life, and this film is great at pointing out various hypocrisies related to such outrages. And the moment when the parents claim to be outraged and offended by the sex tape — but then immediately demand to watch it in its entirety, once again, in a public place — is straight out of the Pastor Martin Ssempa/”Eat da poo poo” viral video.

The sequence is brilliant in all sorts of ways, but my favorite is that it includes a lot of things that are very familiar at this stage. That includes people acting like jackasses at public school meetings, insane conspiracy theories and anti-Semitism popping up when you least expect them, and the overarching sense that the pandemic has caused a lot of people to lose their damned minds.

It all leads up to multiple endings, which recall the “Scooby-Doo ending” from the first Wayne’s World movie.