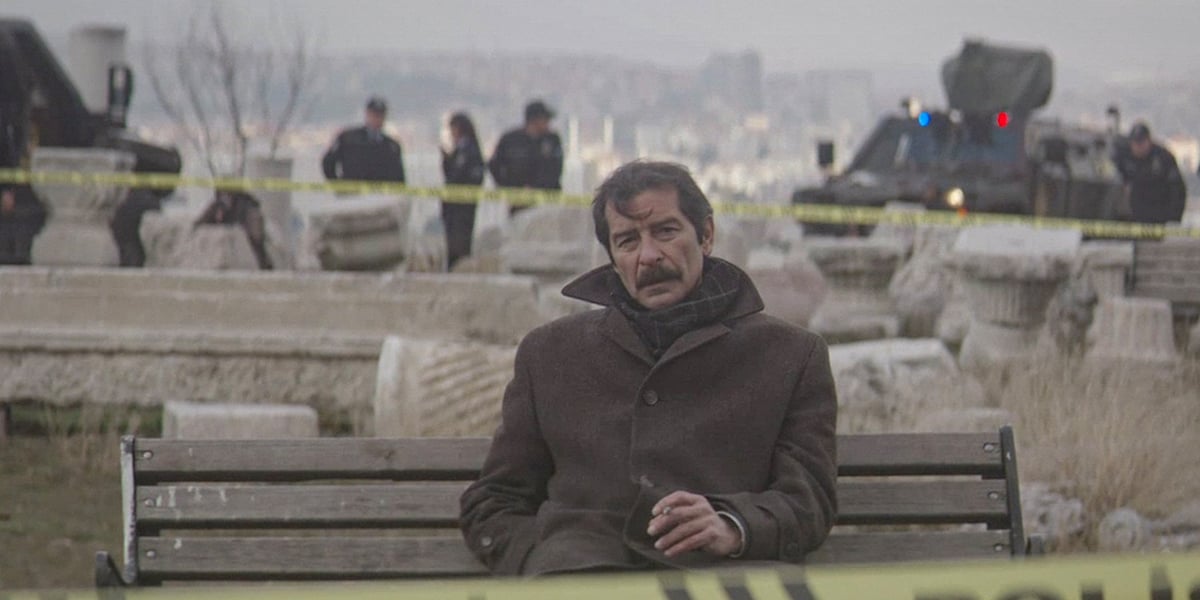 On the verge of retirement, divorced, and in an almost catatonic state, Fikret (Uğur Polat) doesn’t seem to have much to live for. His interactions with his daughter are only in passing and usually upstaged by those with more passion left in life, and his only job right now is to arrange the transfer of an Anatolian leopard from his zoo so that it can be turned into an amusement park. Anatolian Leopard is as melancholic as its protagonist, but makes for a slightly humorous and textured look at a society moving forward without taking note of what it’s leaving behind.

Emre Kayiş’s feature debut is slowly paced, mirroring Fikret’s demeanor as he drags his feet on completing the transfer of the Anatolian leopard – an animal under the threat of extinction and protected by the government. When Fikret finds it laying in its cage motionless, he realizes it has passed away and hides the body. When the government steps in, all fingers point to a kidnapping and a nationwide manhunt goes on through Turkey to find the animal and return it. It’s a fate better than death as the last chance for the leopard to have a legacy beyond being near extinction.

Kayiş’s dry humor and surreal moments of levity, even outside of the already silly plot of faking a kidnapping of a prized leopard, gives Anatolian Leopard a unique charm to its relative sadness. Without it, it would drown in misanthropy. Fikret’s only friends outside of the animals at his zoo are the people he went to high school with who he still runs into throughout the film. A conversation about acquaintances reveals the fact that one of Fikret’s high school friends passed away recently, and the realization sinks in that he is also nearing the end of his life.

Evident by the people he still talks to, the communist era of Turkey he still remembers, and his inability to process retiring or finding a new job, Fikret is trapped in the past. Anatolian Leopard only really starts confronting Fikret’s issues of moving on when he sees the titular leopard laying lifeless in front of him, and then furthers that journey of self-actualization when he begins talking more with Gamze (Ipek Türktan) – a coworker at the zoo who also happens to prefer animals to humans. Their relationship forms a bright spot in an otherwise dour life. It’s also when the film feels most fertile, showing Fikret in a happier light but still exploring what it means for someone so miserable to suddenly have the potential for happiness.

It’s a dead horse by the end though, and Kayiş somewhat drags his own feet to the finish line of the film. There’s a languid pace to everything that benefits Polat’s performance as Fikret and gives those moments of dry humor a bit more of a kick, but the film’s ending remains muted. There’s no impact, mainly because a lot of the careful thought that went into Anatolian Leopard’s themes and ideas are front-loaded and climaxes well before the credits. The miserable tone is consistently delightful and is aided greatly by Polat’s acting. It just doesn’t resolve itself in any compelling manner.

TIFF 2021: Dionne Warwick: Don’t Make Me Over Takes a Relentlessly Positive Look at the Famous Singer