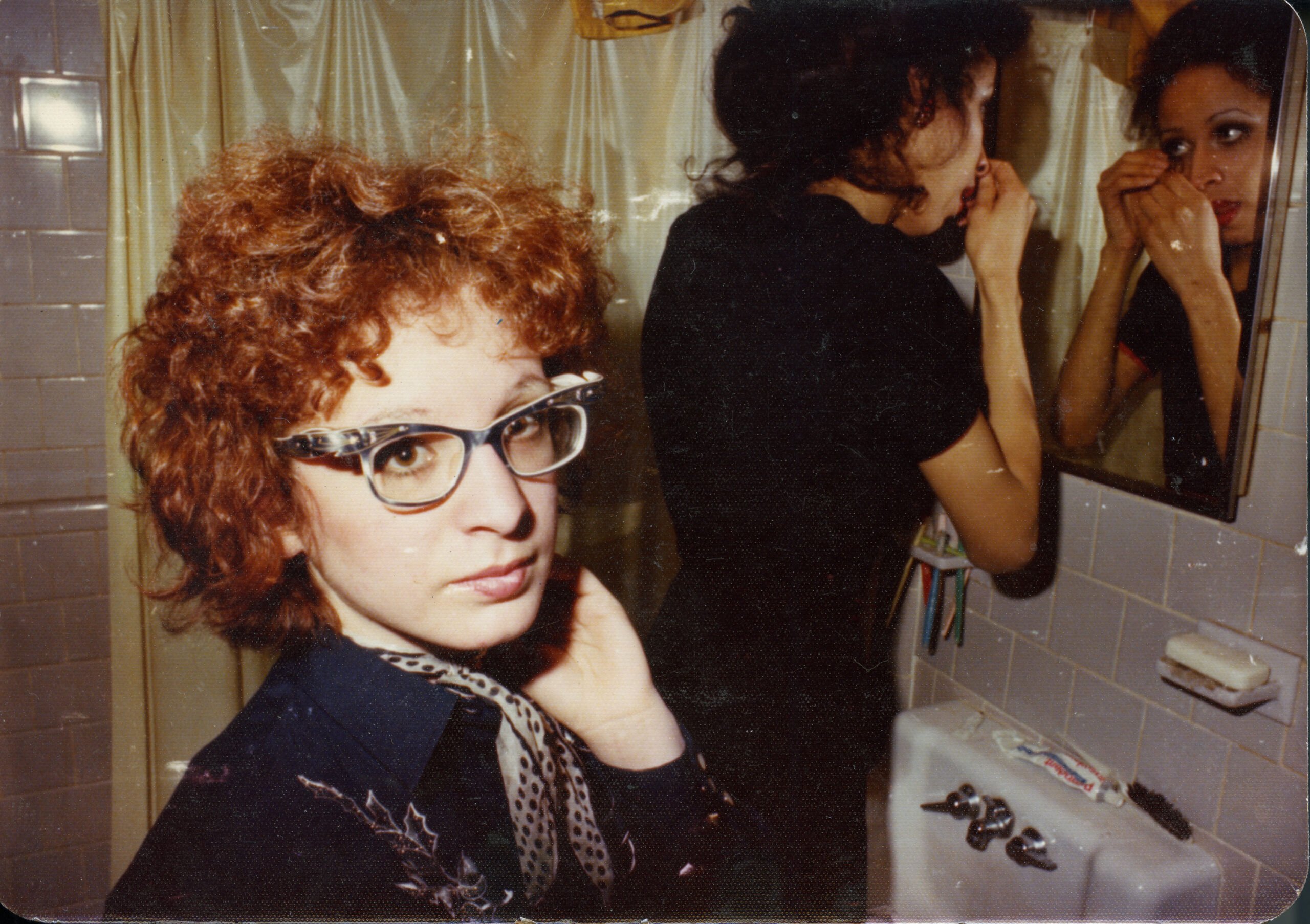 All the Beauty and the Bloodshed Review

All the Beauty and the Bloodshed begins in the Metropolitan Museum of Art, specifically the Sackler Wing, a section dedicated to the namesake of pharmaceutical giant and philanthropist Arthur Sackler. Artist and activist Nan Goldin, along with a group of protesters, blend into the crowd of tourists and, well, probably other tourists, awaiting a signal. All of the sudden, pill bottles are thrown into the wing’s pool of water before Nan and her comrades drop to the ground, lying limp across the tiles of one of the most visited museums in the world. The atrium, peering into the east side of Central Park, echoes with chants of “Sacklers lie! People die!”

Laura Poitras’s documentaries tend to center on a singular person that attempts to expose massive institutional corruption. She’s documented Edward Snowden in citizenfour, Julian Assange (I know, but you know…) with Risk, and now celebrated photographer Nan Goldin in All the Beauty and the Bloodshed. Through Nan’s life and work, Poitras offers a stylish but anguished look at a country that is perpetually reluctant to address health crises because it would disrupt the codified structures that conceal America’s dirty little secrets. It’s sadly fitting that a collaboration between such celebrated visual artists leads you through a half-century of turning a blind eye to the pain and suffering of hundreds of thousands. Utilizing Nan’s beautiful and important work, Poitras transcends the formulaic ‘Netflix recommends’ documentary that addresses a troubling subject in a straightforward manner. The result is an alluring, multi-faceted look at a consequential artist of the 20th century and some of the era’s most egregious humanitarian failings.

Nan Goldin’s extraordinary life begins in the droll American suburbs; the trophy product of the country’s post-war affluence. It offers the “aspirational” lifestyle of comfort, consumption, and conformity. It was there, Nan’s older sister Barbara cared for her like a mother and opened her eyes to “banality’s deadening grip of suburbia.” Barbara rebelled against the constraining status quo that restricted her spirit and wanted nothing to do with her queerness. Her defiance led to her callous institutionalization which led to her suicide. This would be the first of too many devastating brushes with dispassionate and unnecessary death Nan will suffer and later employ into her work.

Poitras ping-pongs between two timelines: Nan’s biography and her fight against the Sacklers. The source of the Sackler family wealth is rooted in its success in the pharmaceutical business, namely Purdue Pharma and its creation of Valium and OxyContin as well as pioneering the marketing of drugs to physicians rather than consumers.

After battling her own addiction to OxyContin, Nan founded the organization P.A.I.N (Prescription Addiction Intervention Now). The group’s goal is to hold the Sacklers accountable for their role in America’s opioid crisis. The immediate challenge Poitras follows is P.A.I.N.’s campaign to leverage Nan’s standing in the art world to pressure museums and institutions not to take Sackler money and remove their names from any dedications. As the film progresses, it becomes more clear how inextricable Nan’s work and activism are from each other.

Nan’s photos are documentaries on their own. They offer intimate views into the lives of artists and lifestyles regarded with bohemian reverence today. The excerpts of her slideshows that Poitras includes, at face value, offer a document of cool and good-looking people being cool and good-looking (watch out for John Waters and Jim Jarmusch), but also belie the pain and ostracism inherent in their subjects. This is because of Nan’s love and admiration of her subjects/friends who were really her family. She always wanted her subjects to be proud of the work they were in. Because of her desire to offer true, intimate glimpses into her milieu, Nan includes herself as a subject in the same exposed manner.

In the 1980s, those friends and fellow artists began to die from AIDS. Nan joined the Act Up movement and used the opportunities she was offered in the art world to draw attention to the AIDS crisis and the lack of recognition and support by President Ronald Regan and the largely homophobic federal government. Her landmark 1989 show “Witness: Against Our Vanishing,” addressing the AIDS crisis was censored by the National Endowment for the Arts, which pulled funding from the exhibition.

It’s this fraught aspect of financial support for the Arts that Nan finds herself once again embroiled in with the Sacklers. The money and power that dictates which art can flourish are controlled by the very forces good art is against. Nan’s experience during the 1980s informs her imperative with the opioid crisis today: to care for the victims and limit the extent of the damage. All the Beauty and the Bloodshed, which won the Golden Lion at the Venice Film Festival, is personal, political, and profound. In a sea of ‘non-fiction content’ breathlessly heaved at us, Bloodshed shows us the impact of inspired storytelling and filmmaking. In our lurid obsession with salacious ‘true crime’, it’s important to keep in perspective the forces hiding in plain sight that continue to be responsible for hundreds of thousands of deaths.

FNC 2022 Dispatch: Novembre, Dead for a Dollar, and Kite Zo A