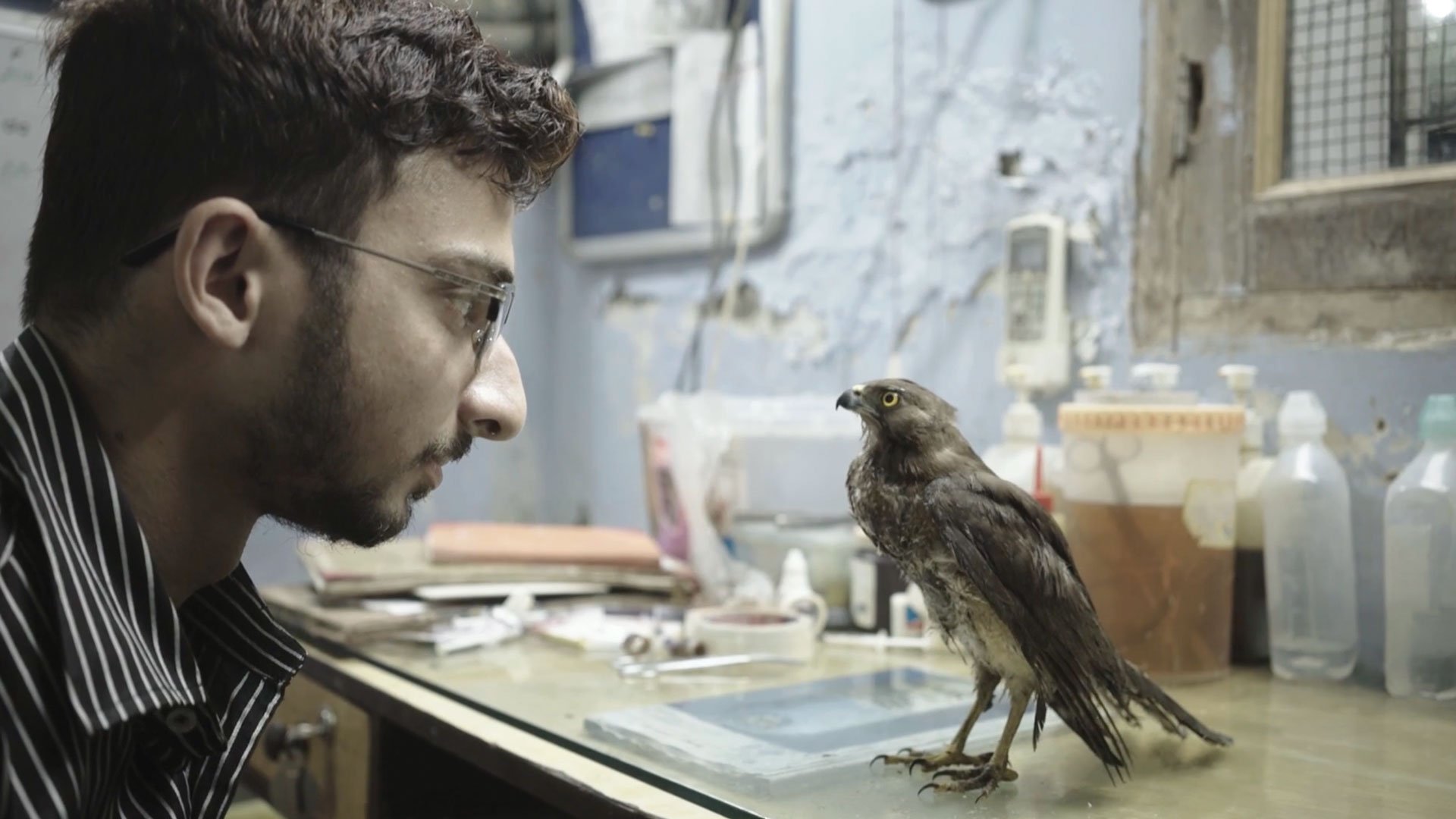 Reel Asian 2022: All That Breathes Review

There’s one remark that continues to reverberate and linger long after the credits roll on Shaunak Sen’s breathtakingly beautiful and goosebump-inducing All that Breathes: “we are a community of air”. Rarely does the cinematic form mine the complexities of being human and our intrinsic ties to the natural world with such succinct profundity, where in one fell swoop both tragedy and hope are found in the squalor of encroaching modernity.

All That Breathes is not only the greatest documentary of the year but is its most gorgeous-looking film period. Sen’s lyrical look at two brothers—Muhammad Saud and Nadeem Shehzad— in New Dehli who have dedicated their lives to rescuing injured black kites (an Indian bird of prey found in the nation’s urban expanse) alongside their assistant Salik Rehman, is bewitching, to say the least.

Sen’s lens magnificently cascades high above the horizon, among the sprawl of kites, and then sifts in the dirt alongside the rats and insects, defying reason as to how these compositions were created in the first place. Finding new beauty in the rusted workshops, mountains of waste, and unadorned alleys of New Dehli, the splitting symmetries, shimmering reflections, and stark shadows all coalesce to create a visual feast.

Some frames carry with them an indelible power, burrowing into your memory to persist despite all odds—much like the creatures who’ve endured and made humanity their new habitat. Take the stunning opening shot, where the frame is enveloped by a never-ending onslaught of foraging rats, or a magnificent view of a crowded housing complex that slowly reveals itself as a reflection on a still puddle. Sen’s stunning mastery of the medium renders this experience the cinematic equivalent of a wave that you ride, blissfully and contemplatively enjoying every moment you are caught in its melancholic tide.

Shots that would have been mundane in other films are captured with the gentlest of touches, rendering forgettable, everyday moments into uncannily beautiful sights— never have soap bubbles been afforded such grace and utter majesty. The true power of Sen’s poetic eye lies in how he juxtaposes the recesses of the natural world with the plane of impending modernization, in which faint pools reflect large commercial jets and snails slither on a razor’s edge amid blazing, pollutive festivities. In New Delhi, the barrier separating human and animal life is erased, everything becomes part of the same tapestry, and Sen paints it with striking beauty and painstaking delicacy.

All That Breathes supersedes the constructs of a traditional wildlife documentary. There are no traditional interviews, infographics, or on-screen facts. Instead, Sen gleans his revelations and information about the plights of Delhi kites directly from Nadeem and Saud, who as Muslim minorities face their own hardships in trying to stay high above the turbulent ocean of political, social, and class issues that is modern India. Set against the backdrop of the 2020 anti-Muslim riots, the brothers face a rising tide of challenges in trying to care for that “community of air”, highlighting the importance of incredible sacrifice and commitment over mere good intentions.

In finding bracing similarities between man and animal, Sen poignantly erodes the natural hierarchy, cementing a sobering symbiotic relationship between all that breathes. Just as the black kites are succumbing to the polluted skies, the brothers who nurse them back to health are struggling against similar injustices. The question is, who will care for them when they’re driven from their perches?

Featuring a pensive, yet utterly radiant electronic score from Roger Goula, All That Breathes is a transcendent experience whose quiet moments deafen and swell with the same power as its more sensory sequences. Any inkling of sentimentality and melodrama is averted for a more lyrical, visually driven perspective. While certain passages and conversations can come across as too performative and scripted (especially if you understand Hindi), there’s no denying its power to permeate the deepest realms of meditation and emotion. Sen crafts not only a gorgeous rendition of the natural world, but a cinematic screech directed at the aether, in hope that everyone heeds its call, not just those as dedicated as Nadeem and Muhammad.