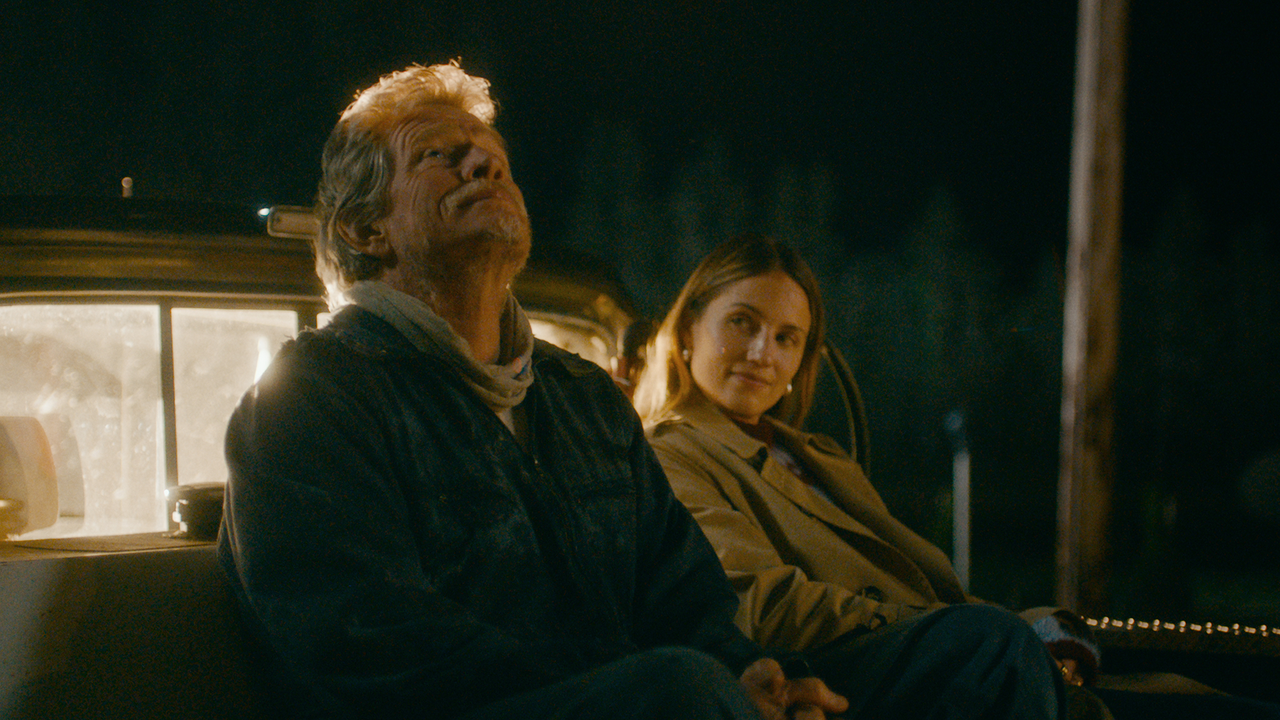 Image: Ten to the Six Pictures

Films in which an adult woman reconnects with seeks to understand and ultimately makes excuses for her reclusive, oft-absent oddball father, have become quite common in recent years, including such films as Captain Fantastic and The Glass Castle. They also tend to not be especially good.

Acidman, a Tribeca Film Festival debut, is a better version of that familiar story, thanks to a pair of strong performances and a unique hook.

Directed by Alex Lehmann and co-written by Lehmann and Chris Dowling, Acidman stars Dianna Aaron (from Glee, and more recently Shiva Baby) as Maggie, who tracks down her father Lloyd (Thomas Haden Church) after many years.

Living in a rural cabin and known locally as “Acidman,” Lloyd is obsessed with UFOs, and it’s more than hinted that he’s mentally ill. Over the course of the film, the two start to bond, and buried secrets come out.

Acidman is somewhat slight, but it does feature strong performances by both leads and gorgeous cinematography by John Matysiak. It also doesn’t do that thing where it gives its father character an unearned redemption- he’s not that sort of character.

Thomas Haden Church has had a fascinating career. He spent many years as a journeyman actor, including a run on the 1990s sitcom Wings, and supporting roles in movies like Tombstone. He had a huge breakthrough as the caddish best friend in 2003’s Sideways, earning an Oscar nomination, and a part as the villain, The Sandman, in Sam Raimi’s Spider-man 3.

The movie star run wouldn’t last, but he’s popped up once in a while in stuff like The Peanut Butter Falcon and the first Daddy’s Home, and while he reprised The Sandman in last year’s blockbuster Spider-man: No Way Home, the film clearly didn’t have its heart in his character.

But this is probably the actor’s best performance since Sideways, as Church really nails this difficult character. As for Agron, a rare member of the cast of Glee who both stayed alive and suffered no major repetitional damage, she also makes quite an impression here.

There’s no word yet on distribution for Acidman, but it’s a fine drama that deserves to find an audience.

McEnroe is a Dark, New York-Flavored Look at the Tennis Legend