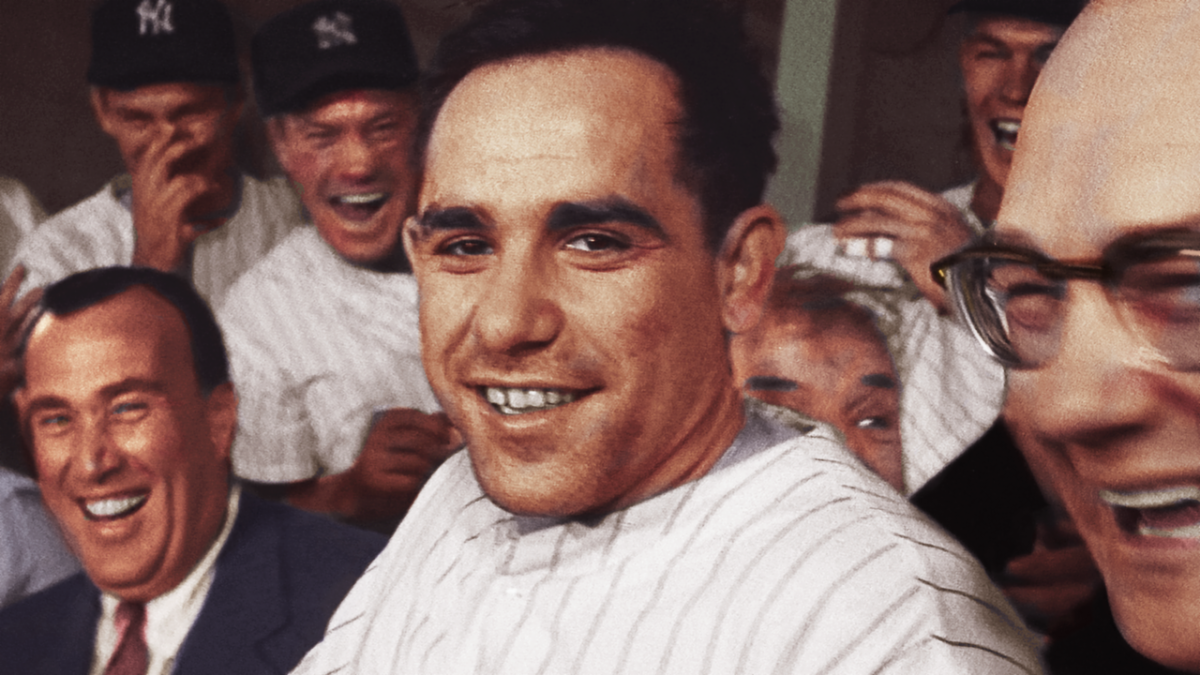 Is there anything new to say about one of the most prominent athletes of the 20th century, someone who was also a very prominent pop cultural figure?

It Ain’t Over, a new documentary about Yogi Berra, finds a way to do so. Arriving seven years after Berra’s 2015 death, the film draws on interviews with ex-teammates, Berra’s family members, and baseball-adjacent celebrities like Billy Crystal and Bob Costas, while tying that in with seemingly limitless access to old game footage and archival interviews with Berra and others.

Director Sean Mullin and the producers also got plenty of Old Yankees to participate, and just in the knick of time- four subjects in the film, including pitcher Ralph Terry, have passed away since sitting for their interviews.

The film’s executive producer is Lindsay Berra, Yogi’s granddaughter, who also appears as a talking head, so this is a family-approved production. It paints a picture of a skilled, funny man who was nearly universally beloved in the game, even as he was never shy about holding a grudge. Also, many of the famous “Yogi-isms” probably was not actually said by the ex-ballplayer.

Born to a family of Italian immigrants in St. Louis in 1925, Berra was notably short for a catcher, but nevertheless became the most decorated backstop in baseball history, winning 10 World Series as a player, making 18 All-star teams, and catching the only perfect game in World Series history, from Don Larsen in 1956.

But Berra’s influence is as much about his public persona as his play. He was known for his funny malapropisms, as well as his appearances on talk shows and in TV commercials. He even inspired the cartoon character Yogi Bear, although he never gave permission or reaped any financial receipts from the character — and the film makes clear that both Yogi himself and his family members have long absolutely despised that animated bear.

The man was also known for grudges. When Jackie Robinson stole home during the 1955 World Series, Berra thought he was out, and apparently complained about the call to anyone who would listen for the ensuing five decades. Berra was famously so upset about the Yankees firing him as the manager in 1985 that he became estranged from the organization and refused to set foot in Yankee Stadium for 14 years. The film goes into detail about that feud and how it was ultimately settled; Berra returned for Yogi Berra Day in 1999, on the same day David Cone pitched his perfect game, with both Berra and Larsen in attendance.

And this has extended to his family. They’re clearly so angry that Berra wasn’t named one of the four greatest living players in 2015, a few months before his death, that it’s the first thing they mention in the film. They did, however, successfully lobby President Barack Obama to give Berra the Medal of Freedom, albeit not until after he had passed away.

We also hear from Berra’s son Dale, who played for his dad on the Yankees in the early 1980s. Dale, now sober for decades, was implicated in the Pittsburgh Pirates cocaine scandal in the ’80s when it was determined that the guy dressed as the Pirate Parrot mascot was in fact supplying the players with drugs. I’d go for an entire documentary about that whole thing.

It Ain’t Over is likely to appeal to old Yankees fans, but also to those perhaps too young to remember either Berra’s playing career or his media ubiquity. There’s no word yet on distribution for this enjoyable take on a baseball legend.

Acidman is a Mournful Father/Daughter Drama

Spiderhead is a Breezy, Intricate and Entertaining Thriller