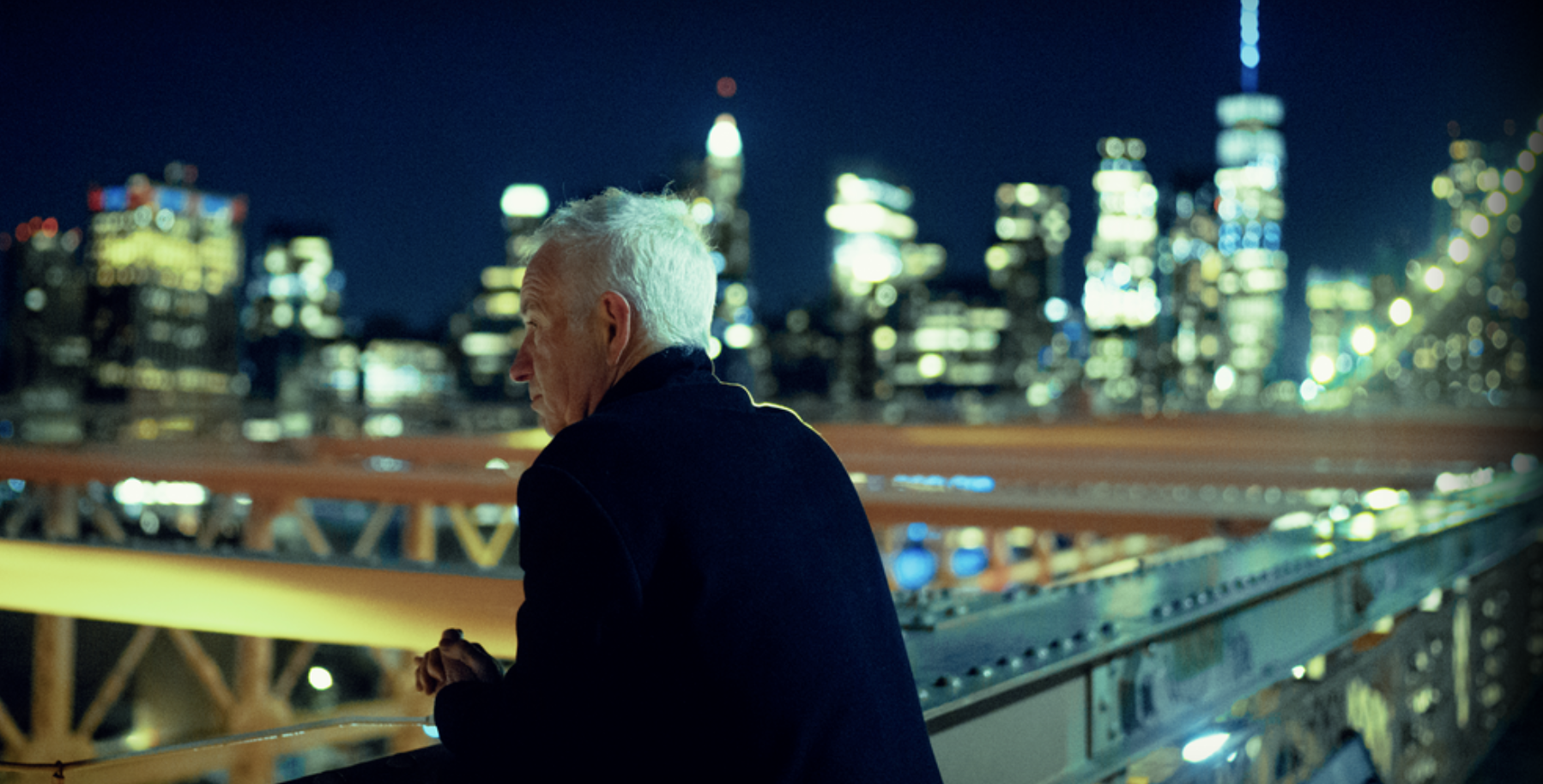 The new documentary McEnroe does something rather rare when it comes to documentaries about elite, famous athletes: It finds a new and fascinating way to tell his familiar story.

The film, directed by Barney Douglas, had its World Premiere at the Tribeca Film Festival. It has a very conventional structure, but not a much less conventional presentation. The film tells a chronological story of McEnroe’s life and career, with interviews with the subject himself and those close to him.

But at the same time, it looks absolutely nothing like most sports documentaries. McEnroe follows McEnroe around his hometown of New York City, mostly in interviews and vignettes shot at night. The lights are also turned way down

Also, the film goes to some very dark places, as the subject tries to make peace with some pretty awful stuff that he said and did during his playing career. We learn some things, too, including the subject going into detail about his past drug use, and his wife suggesting that McEnroe may be on the autism spectrum.

McEnroe explores the rapid rise and lengthy run at the top of the tennis star in the 1970s and ’80s. We see lots of footage of McEnroe going up against Jimmy Connors and Bjorn Borg in famous matches, as well as, you guessed it, plenty of examples of him screaming at umpires and being a jerk to the media. This part is a fun look back at the age when tennis was cool, as well as culturally important.

We learn from the subject, as well as his wife and children, that McEnroe looks back on those days with quite a bit of regret. Billie Jean King is also among those interviewed.

McEnroe reminds me a lot of David Crosby: Remember My Name, the documentary a few years ago about Crosby in which the subject admits openly that he was a huge asshole for much of his life, and that his having done so likely caused irreparable damage to his relationships with many of those close to him.

Indications are, at least from the film, that McEnroe currently enjoys good relationships with his wife, the singer Patty Smyth, and his five children. The 63-year-old McEnroe, unlike Crosby at the time, doesn’t appear to see his own death as imminent.

McEnroe, decades after the end of his playing career, has emerged kind of an unlikely place in the cultural firmament. He’s a respected tennis commentator and an accomplished art dealer, and he frequently shows up in TV commercials, nearly always spouting his old catchphrase “you can’t be serious!”

He even has a gig as a narrator on the Netflix teen show Never Have I Ever, a conceit that’s so counterintuitive that it somehow works. The documentary barely touches on this, nor does it mention the incident a few years ago when McEnroe was scammed out of millions by an art swindler.

There was another fantastic McEnroe documentary a few years ago, 2018’s McEnroe: In the Realm of Perfection, in which French documentarian Julien Faraut gave the artsy treatment to a specific match from the 1984 French Open between McEnroe and Ivan Lendl. It came complete with a rock soundtrack, and narration by Mathieu Amalric; more than one critic compared it to the Richie Tenenbaum tennis scenes from The Royal Tenenbaums.

Perhaps there’s something about McEnroe that renders him to unconventional documentaries. But McEnroe, which is reportedly set for a Showtime bow later this year, is a first-rate look at an elite athlete- especially in a time when so many sports documentaries are produced by the subject and are mostly about self-mythology.

Acidman is a Mournful Father/Daughter Drama