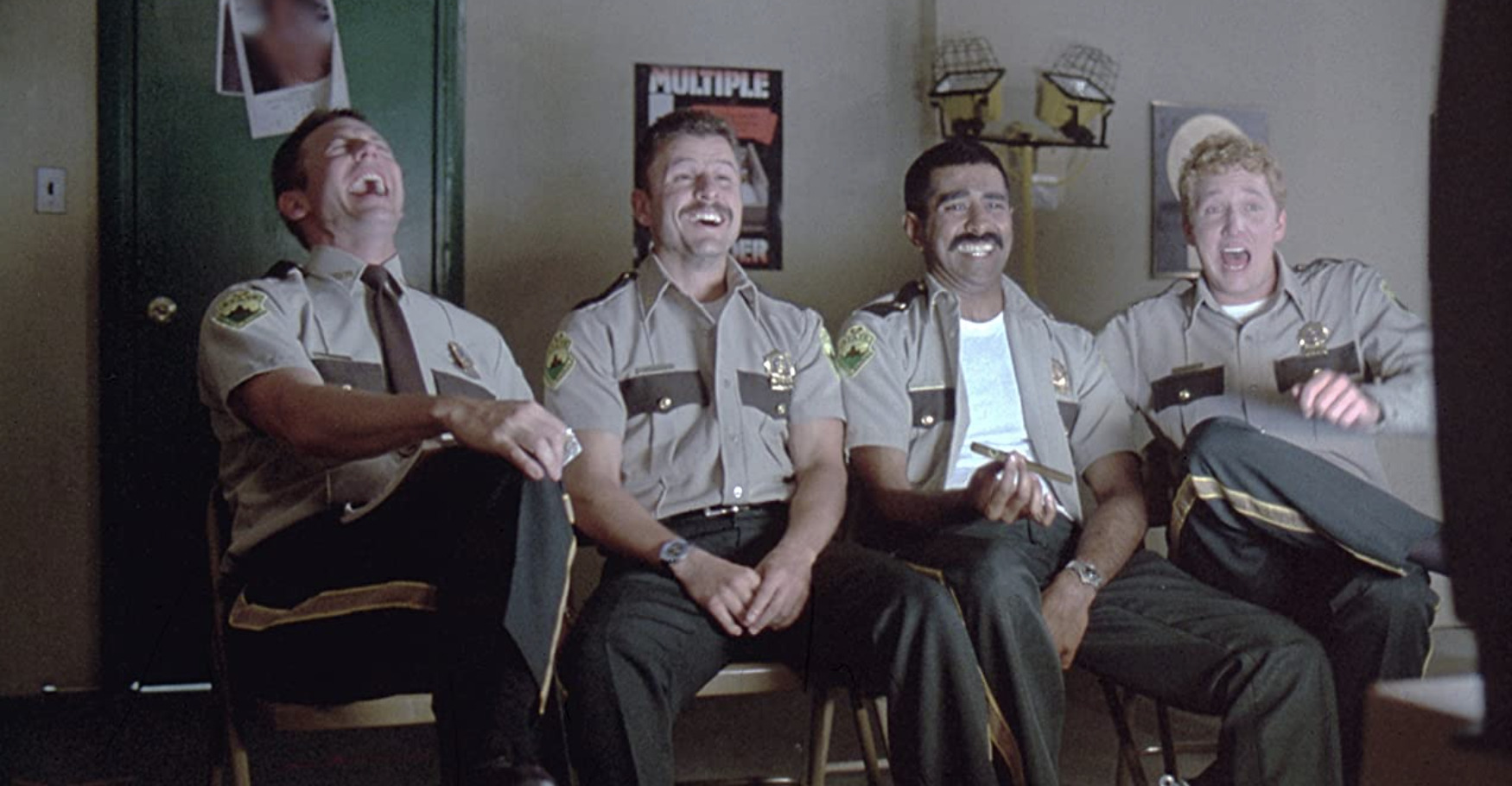 The way popular culture has depicted police has certainly changed, at least to some degree, due to the events of the last few years, as has the understanding of past works about police and policing.

One unique film in that discussion is Super Troopers, the comedy featuring the comedy troupe Broken Lizard that arrived in wide release in February of 2022, 30 years ago this week. The film, which had debuted at the Sundance Film Festival the previous year, gained word of mouth popularity for a time after its release, making a lot more money from its home video releases than it did in theaters.

The film stars the members of Broken Lizard, who got together as students at Colgate University and after a few years of live performing in New York, jumped into the movies. The key cast members were Thorny (Jay Chandrasekhar, who also directed); Foster (Paul Soter), Mac (Steve Lemme), rookie Rabbit (Erik Stolhanske), and Farva (Kevin Heffernan.) Along with them, Brian Cox seemed to be having the time of his life playing the chief of the trooper unit. His line-reading, in the firing range scene of “you’re a sick motherfucker, Mac” is up there with the best of his work on Succession.

Super Troopers is best known for a handful of classic set pieces, starting with that “bulletproof cup” scene, but also the “Meow Meow” bit with Jim Gaffigan, the bear costume fakeout, the cotton candy fight, and many more. There’s even a touch of ethnic humor, with none of the other cops seemingly able to remember the ethnicity of Chandrasekhar’s characters. The film is endlessly quotable as well.

The film slowly gained popularity throughout the early 2000s and became a cable staple for a time, leading to more movies from the group like Club Dread and Beerfest. Super Troopers is much, much better than every subsequent work from Broken Lizard, and that includes the 2018 sequel, Super Troopers 2, the result of a years-long Kickstarter effort. The sequel leaned into stoner humor, and Canada jokes, almost to the point of distraction.

Super Troopers, silly as it is, lands as a multifaceted and balanced look at policing. Its state trooper protagonists are depicted as a bunch of lovable, prank-happy goofballs who waste a lot of time but also solve the crime in the end. At the same time, one of them (Rod Farva) is an impulsive, ill-tempered idiot, and the actual local police department consists of, to a man, corrupt assholes who are carrying out a drug-smuggling ring.

Is Super Troopers “copaganda”? I’d say it’s not, but as with most things, 90 minutes of cop shenanigans (no pun intended) hits differently today than it did two decades ago. At any rate, I think we can all agree that American policing would be better off with more Super Troopers, but fewer Rod Farvas.

Uncharted Punches Above its Weight