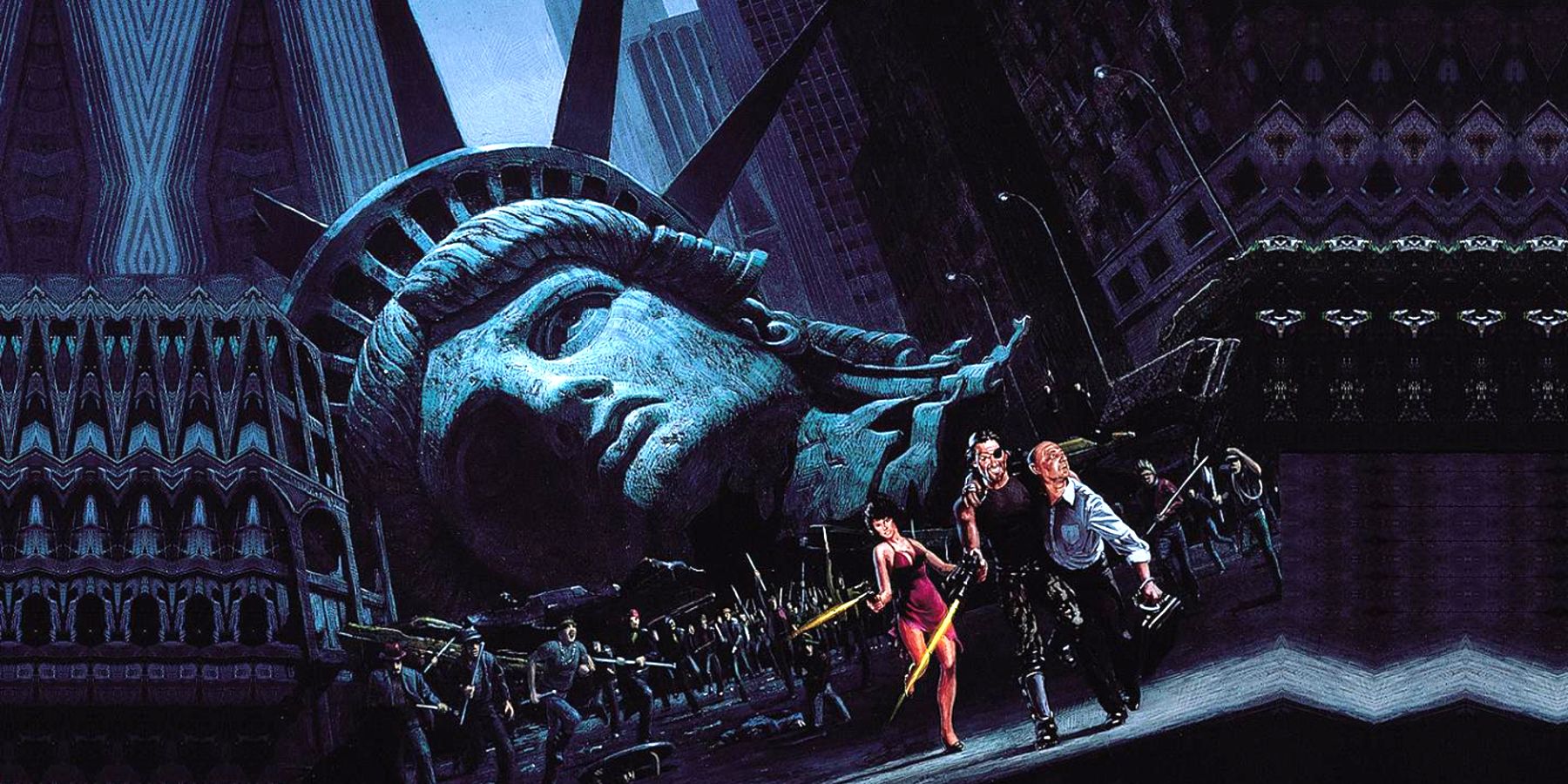 Up until 1981, and even after that, director John Carpenter tended to depict a similar situation that he could transplant into multiple settings and genres: what if evil invaded an unaware and perceived-to-be safe space? In 1976’s Assault on Precinct 13, a street gang suddenly launches an all-out war on a police station; while in 1978’s Halloween, a suburban town is terrorized by a masked killer; in 1980s, The Fog, a peaceful, coastal town, is terrorized by an ancient curse; and even afterward 1982’s The Thing has a remote science outpost forced to fight a mysterious, infectious alien. However, in 1981, John Carpenter and Nick Castle wrote Escape From New York: an action film about a mission into hostile territory by a reluctant hero.

Escape From New York has since become a classic for so many reasons – it’s iconic Snake Plissken (played by Kurt Russell, and famously paid homage to with Hideo Kojima’s Metal Gear Solid protagonist, Solid Snake); a variety of quirky, memorable characters including Ernest Borgnine’s Cabbie, Frank Doubleday’s Romero, Harry Dean Stanton’s Brain, and of course, Isaac Hayes as The Duke; and a setting that allows for unrelenting carnage to take place without any repercussion. Set in the near future of 1997, Manhattan has been completely boxed in by the United States government and turned into a maximum-security prison with no way out. So when Air Force One crashes into the prison, and the President of the United States (Donald Pleasance) is captured by The Duke and held hostage, it’s up to the military to get someone into Manhattan and get the President out before a meeting of world superpowers takes place without his presence.

Enter Snake Plissken, a decorated war hero who found himself on the opposite side of the law when he robbed the Federal Reserve. Offered a chance for a full pardon if he can bring the President back in 24 hours, Snake accepts the mission and now has to navigate the criminal cesspool of Manhattan. Where Carpenter’s heroes are often unprepared or taken aback by the task at hand, Snake is the opposite: he’s conscious of the danger, doesn’t have much to live for, and has the experience to handle whatever obstacles he encounters.

He’s not forced to face an unknown threat like the characters in The Thing, nor is he a defenseless babysitter being stalked by a killer like Laurie Strode in Halloween. Even with their training, there’s nowhere to run during the siege on a police station that comes out of nowhere from trying to help an innocent civilian in Assault on Precinct 13. Escape from New York is the rare beast in Carpenter’s filmography where the protagonist rarely feels like his life is in danger because there’s almost always a way out and his experience on both sides of the law keeps him conscious of the potential risks. Snake is a certified badass, and everyone – including the inmates in Manhattan and Hauk (Lee Van Cleef) who chose Snake for the mission – is already fully aware of that.

Carpenter rarely has characters like Snake Plissken. His films often revolve around everyday people forced to confront a new reality. Even those we now associate as the heroes of the films, like Roddy Piper’s unnamed drifter in They Live and Kurt Russell’s Jack Burton in Big Trouble in Little China, do not thrust themselves into action. While they may be powerful presences, they are still working-class individuals just trying to make a living.

Escape From New York does a lot of work to establish Snake as the badass he is almost instantly. From a list of his commendations and how quickly they were stripped away to his indifference to everyone else’s interests but his own, Russell does an incredible job embodying those traits and character history, all while appearing to have everything under control, even under tense situations. By the time Snake actually makes it into Manhattan, we’re already sold on him being the only man for the job. He robbed a bank, but the point isn’t to dismiss him as a criminal and hope he saves the President – it’s to ensure he lives and finds redemption.

Throughout the entire film, Manhattan is clearly not just a prison anymore – it’s a warzone. It’s a warzone where bad decisions could be overlooked for the greater good. However, Snake wears the reluctant hero extremely well. He saves those who have his back, cares less about the President and more about the people his actions have hurt, and once the mission is finally complete, his beliefs in a failed system are only reaffirmed. He acts heroically not because he’s asked to, but because it’s the right thing to do. Whether it’s a conscience that nags at him or the only way to survive, Escape From New York never cares enough to address why he’s the hero. He just does what needs doing.

Carpenter established what is arguably one of the most iconic characters in action movie history with Snake. It’s how he did it that helps make Escape From New York stand out from every other film cut from the same cloth. Snake doesn’t change by the end of the film. His final question to the President and subsequent switcheroo with the MacGuffin of the film – a cassette tape in a briefcase chained to the President – demonstrates the same attitude towards the government as the beginning of the movie. He went in, got the job done, and the only thing eating away at him is that more human lives were lost over a game of politics.

Snake Plissken stands the test of time because he does what he believes to be morally right, even with micro-explosives injected into him that would make anyone just complete the mission and not worry about anyone else. He still stops to save people. Carpenter would later create 1988’s They Live, another cult classic film that has its drifter discover an alien invasion that is happening, but no one can see without special glasses. He could often just give up and move on, owing nothing to no one, but the drifter never gives up on trying to show people the truth. Snake feels like the prototype for They Live’s main character.

However, it all exemplifies one thing: John Carpenter’s views of society and the future maintain a very slight glimmer of hope. While Escape from New York might appear bleak, it features a “bad person” doing what’s right and questioning the status quo, even when his life’s on the line. With a legal and prison system more than ready to claim every criminal is beyond saving, Carpenter asks whether the system that governs us all is worth saving. In fact, perhaps the evil in Escape from New York isn’t the maximum-security prison that Snake has to head directly into; instead, the evil has invaded civilization and is shepherding the world to its demise under the guise of government protection.