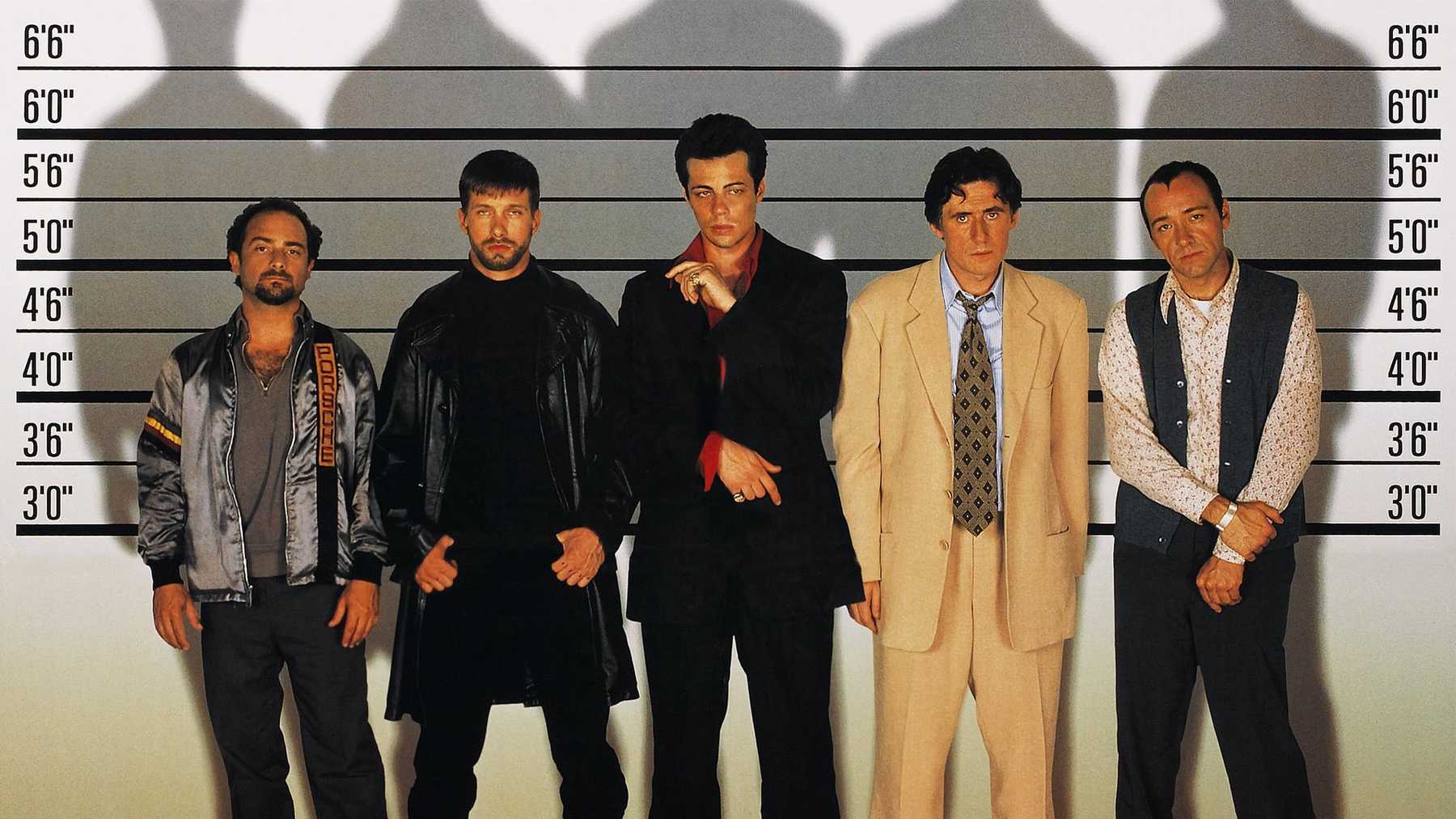 The Greatest Trick the Devil Ever Pulled

At first glance, it looked like another of the Tarantino clones filling the art houses in the wake of Pulp Fiction. The Usual Suspects was a gritty crime thriller whose cast mixed cult favorites and unknowns and the writer/director team behind the (unreleased) Sundance sensation Public Access. But early reviews from its own Sundance debut and a canny marketing campaign led to an extraordinary response. In August 1995, the film opened on 42 screens with a stunning per-screen average of more than $15,000 (the top opener for the week, the much-hyped video game adaptation Mortal Kombat, averaged less than $10,000).

In the weeks to come, word of mouth would take The Usual Suspects from indie darling to cult classic. Raves from Rolling Stone, Washington Post, and others also helped spread the word that this was a must-see masterpiece of neo-noir.

Five Criminals. One Line Up. No Coincidence

The Usual Suspects follows five low-level criminals, each of whom have unknowingly wronged a notoriously brutal, seldom-seen crime lord named Keyser Söze. Söze’s emissary, Kobayashi (Postlethwaite), unites them for a single job: retrieve $91 million in cocaine from a boat in a California harbor, and all is forgiven. Fail, and it won’t be pretty. But things go epically wrong, and 27 people end up dead from gunshots or the explosion that ultimately destroys the boat. Only a badly burned Hungarian sailor and Kint escape alive. The job unfolds in flashback as Kint recounts his story to a tough customs agent (Palminteri). While complicated, the story seems to make some sort of sense.

Then there’s that ending…

The truth is always in the last place you look.

To say that Kint isn’t all that he seems is like saying that Hannibal Lecter had some issues with food. The jaw-dropping finale, spun from countless tiny clues hidden in plain sight throughout the movie, helped land Spacey his first Oscar, one no doubt given for Verbal Kint’s acting ability as well as his own.

The movie is perhaps the finest example of sustained misdirection ever committed to film. Never before had a puzzle-box mystery been crafted with such attention to detail. While the ending turns the entire movie on its ear, it’s no tacked-on “it was all just a dream” cop-out. The clues are in plain view throughout the entire movie, but so deftly do Singer and McQuarrie weave the central mystery that the revelation becomes a masterpiece of storytelling rather than a simple trick.

Though it ended its run with a respectable $23 million at the box office, Suspects’ real legacy only began in theaters. It was a hit on home video and cable, where fans could watch and rewatch (and rewatch) to hunt for the clues. The film received a host of awards, including its other Oscar, for McQuarrie’s screenplay. In the years since, Bryan Singer has become one of Hollywood’s power players, and McQuarrie scribed hits such as Edge of Tomorrow and Mission: Impossible – Rogue Nation. The Usual Suspects itself was named one of the top 10 mysteries by the AFI (who also named Verbal Kint among its top 50 villains of all time), ranks #35 in the WGA’s 101 best screenplays, and routinely appears on other must-see and best-of lists.

In an era when everyone tried to emulate Tarantino, a few tried their hand at Suspects’ riddle-making genre. David Fincher’s The Game, M. Night Shyamalan’s The Sixth Sense and Unbreakable, Christopher Nolan’s Memento, and countless low-budget efforts all owe a debt to the movie that put Singer on the map. Many of those that came after Suspects eclipsed its box office revenue, but few of them were as well constructed. Twist endings are tricky business: too extreme, and you insult the audience’s intelligence. Don’t grab the audience with the central story, and no one will care how big the surprise is. But get everything right, and the audience feels exhilarated, even challenged. Despite his later success, this may be Bryan Singer’s finest achievement. And decades after its release, The Usual Suspects has earned a permanent place in the pop culture canon.

Spiral is an Unconvincing LGBT take on ‘Get Out’

What Makes David Fincher’s Seven So Special After 25 Years