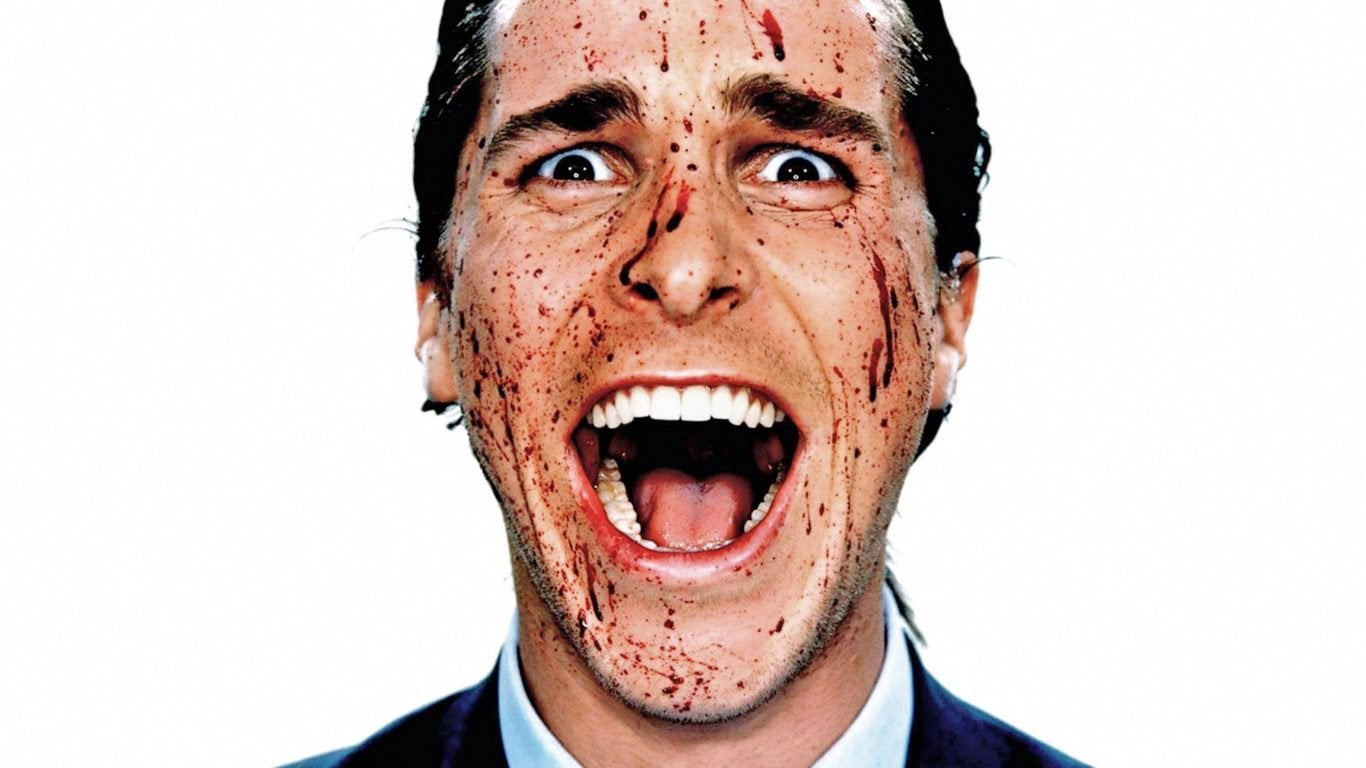 American Psycho is one of those movies that could have turned out so differently- and probably not to its benefit- had it been produced at a different time under different circumstances and by different people.

It could have gotten the tone wrong. It could have leaned too far into celebrating the 1980s excess rather than satirizing it. Or, it could have tried really hard to make its story a microcosm of America itself, as most movies with “American” in the title tend to do. But it did none of those things, and that’s why it’s a modern classic.

The actual film, which was released in April of 2000- 20 years ago this week- was based on the 1991 novel of the same name by Bret Easton Ellis about Patrick Batman, a shallow and vain Wall Street trader who, in between sexual assignations with women and monologues about ’80s pop music, carries out a series of grisly murders. His firm, Pierce and Pierce, even has the same name as the bonding house where Sherman McCoy worked in Tom Wolfe’s The Bonfire of the Vanities, another tale of 1980s New York amorality that was, in 1990, made into a considerably worse movie than American Psycho was.

The movie adaptation of American Psycho was in the works for nearly a decade, with the various directors attached- David Cronenberg, Oliver Stone- representing some compelling what-ifs. The same is true of the casting, with Leonardo DiCaprio at one point rumored to play Bateman, in what would have been his first major role after Titanic.

But instead, the film was ultimately made with a pair of women at the helm- director Mary Harron and screenwriter Guinevere Turner. Harron was best known at the time for I Shot Andy Warhol, the (very good) 1996 biopic of the radical feminist Valerie Solanas, while Turner had written Go Fish, the lesbian-themed 1994 drama. And cast as Bateman was Christian Bale, who had been acting since he was a kid but was, as of early 2000, no one’s idea of a leading man.

For a couple of feminists to get the keys to such a dude-oriented project is the sort of thing that would cause heads to explode if it happened today. But they turned out to be the exact right choice, as was the lead actor. The filmmakers and actors managed to take the naturally difficult tone of the material- grisly murder, on the one hand, hilarious comedy on the other- and nail it absolutely perfectly.

Bale, whose part launched an uninterrupted A-list career that continues to this, gave probably his best on-screen performance in American Psycho, a much better turn than the time he merely won an Oscar for looking and sounding like Dick Cheney; not long after, he would trade in Bateman for Batman. Bale led a deep, strong cast that also included the likes of Willem Dafoe, Reese Witherspoon, Chloe Sevigny, Jared Leto and Matt Ross.

American Psycho is a pitch-perfect satire of what today would be called toxic masculinity. And it sprinkles in some of the most quotable moments of that era of film, from the famous scene in which the characters have a psychodrama of bragging and jealousy about their business cards…

To Bateman’s priceless, lengthy monologues about Phil Collins and Huey Lewis and the News:

I don’t know that I’ve ever heard that particular song on the radio in the last two decades without immediately blurting out “Invisible Touch! The group’s undisputed masterpiece!”

On the other hand, there’s the violence, which the film is clearly not endorsing or glorifying. The film hints, at the end, that Patrick had dreamed or hallucinated all of the murders, which was certainly a popular film twist around that time in history.

Much has been noted over the years about American Psycho‘s “bad fan” problem, how many people who watched it took the wrong lessons and assumed from the film that Patrick Bateman was supposed to be the hero.

But I don’t know how much I buy that. I can imagine people misinterpreting movies like Wall Street, Boiler Room and The Wolf of Wall Street and thinking aspects of it made such a life look like fun.

But American Psycho? Even beyond all the murder, the film doesn’t for a second make working on Wall Street look glamorous or cool. It makes it look like the most soulless, soul-sucking place imaginable, one populated by men who are such nondescript drones that none of them can even tell each other apart.

The novel established that the Bateman character idolized that other creature of 1980s New York City, Donald Trump, and Bateman’s resemblance, both in wardrobe and general bearing, to President Trump’s adult sons, has been noted repeatedly. While I agree Donald Trump, Jr., is the spitting image of Bateman, Eric Trump always reminded me more of Frank Slaugherty, the smirking finance bro played by Barry Pepper in Spike Lee’s 25th Hour.

There will Never be Another Film like ‘Roar’ a.k.a. the Most Dangerous Movie Ever Made

Army of Darkness is Absolutely Fascinating For All Sorts of Reasons