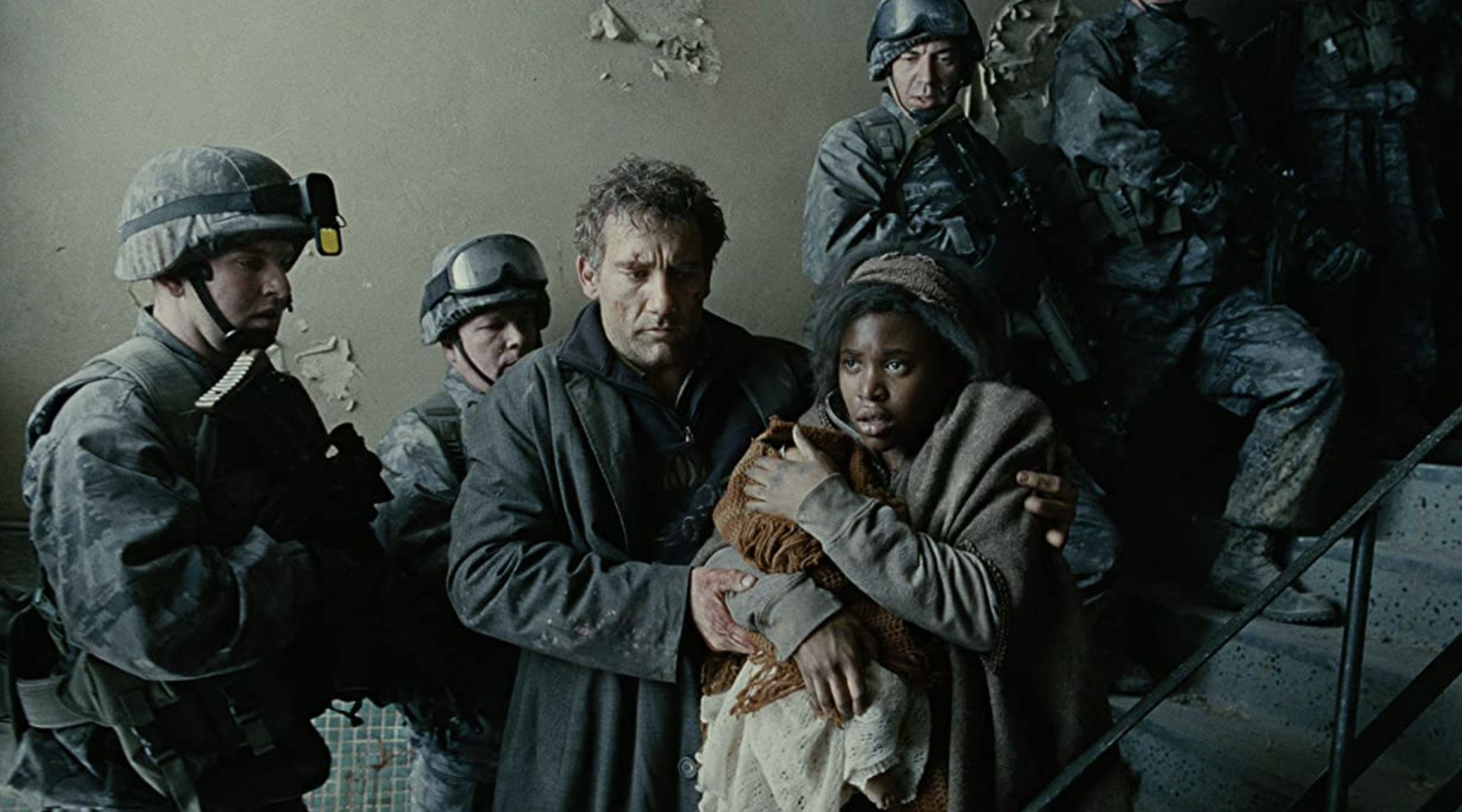 Movies about the dystopia or apocalypse are a dime a dozen. There are several every year but they’re almost never made by a director as talented as Alfonso Cuarón.

Children of Men, Cuarón’s 2006 film, was part of that genre but approached it with uncommon artistry and skill. And that’s not only due to a series of celebrated long takes. It was released at Christmas in 2006- 15 years ago this week- although it rolled out wide after the new year.

The film, based on the 1992 novel by P.D. James, is set in 2027. It’s a world in which, following a couple of decades of mayhem, no children have been born on Earth for years. The film, wisely, never tells the “why” of this global calamity; we’re meant to question whether it’s the result of some karmic judgment of humanity.

And it isn’t just infertility: There’s also attendant war, famine, a considerable anti-immigration sentiment that leads to people in cages, and government corruption, all brought about by a sense of hopelessness since humanity has no future. The government is offering people suicide pills, and there’s even talk, at one point, of a pandemic sometime in the past that killed many.

As the movie opens, “Baby Diego,” who 18 years earlier had been the last baby born, has been murdered. The film’s protagonist is Theo (Clive Owen), a onetime activist, who gets kidnapped by a group of revolutionaries that includes his ex-wife Julian (Julianne Moore.)

Eventually, he learns that the activists’ goal is to transport Kee (Clare-Hope Ashitey), a refugee who is pregnant with humanity’s first baby in almost two decades. When a group of soldiers sees the baby and stands down, it’s one of the more powerful moments in Cuarón’s filmography.

Right now, we’re going through a pretty cynical time, although things were cynical back in 2006 for another reason: The movie came out during the Iraq War, which had very much curdled by that point and brought about major distrust in government, especially in Britain, where the film was set. In Children of Men, the U.K. is the only country that hasn’t collapsed into anarchy, but instead, it seems to have taken a step towards fascism.

Clive Owen had a movie star run in the aughts that didn’t last nearly as long as it should have, but Children of Men was one of his best performances, along with Inside Man and Closer. Moore gets to play a bit of a different character — hers isn’t the first name one thinks of when picturing a political revolutionary — but she’s killed off rather quickly. Owen and Moore, in 2021, starred together again in the Apple TV+ series Licey’s Story.

As for Michael Caine, his performance here posits that in 2027, there will still be hippies.

Children of Men arrived relatively early inCuarón’s fantastic run of success that began nearly 20 years ago with the great Y Tu Mama Tambien. That extremely sexy Mexican film was followed two years later with… a Harry Potter film, 2004’s Prisoner of Azkaban, which is widely seen as the best of that series. Children of Men came next, earning almost universal acclaim. Then came his two Oscar magnet films, 2013’s Gravity, and 2018’s Roma.

Between the taut pacing and those amazing tracking shots, it may beCuarón’s best-directed film, even if it didn’t lead to any of his Oscar wins. Cuarón has not yet announced his next film, although he took seven years between Children of Men and Gravity and another five before Roma.

It wasn’t a big box office hit — post-apocalyptic movies that don’t entail the hero fighting aliens or zeroes tend to be hard sells — nor did it win Oscars. The film was nominated for Best Cinematography and Best Editing, inexplicably losing both, while also getting a nomination for Best Adapted Screenplay. Critics, however, loved the film, and its reputation has held up well over time.

Scrooged Will Move You in Odd and Hysterical Ways