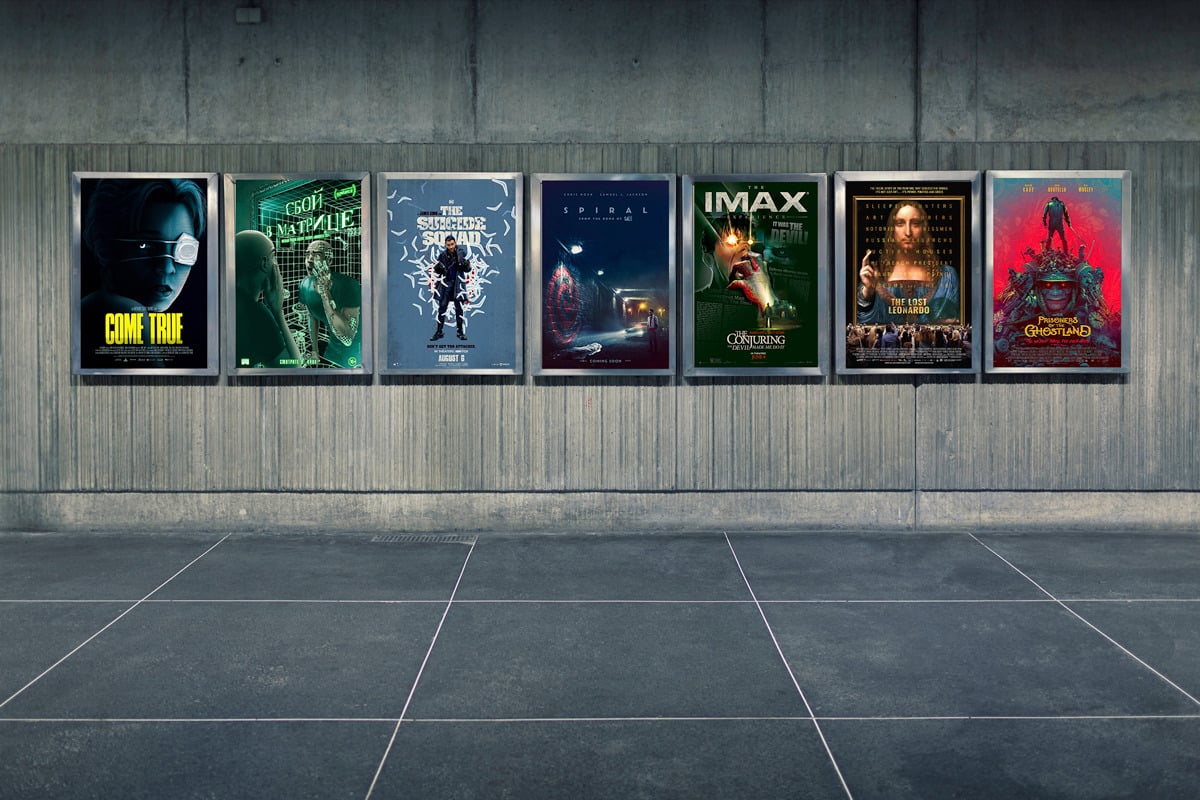 Every movie starts with its poster. From the biggest blockbuster to the smallest indie, from Hollywood to every corner of the globe, a movie poster is crucial when properly marketing a film.  Long before a studio rolls out a teaser trailer, they release a poster to grab the attention of moviegoers in hopes it will do a good enough job to pique their interest and spend their hard-earned money to see ‘said’ film. A good movie poster not only helps sell the film; it elevates the film by mere association. Unfortunately, many studios are lazy and more often than not, movie posters are prone to cliché. That’s why it’s refreshing to see a poster that strays from the norm.

After the jump, I’ve collected some of my favorite film posters of 2021; from superhero flicks to action-packed dramas and award-winning comedies, there were so many incredible movies to love and binge this year, and that of course, means there were also plenty of great movie posters to accompany these films. What follows are the seventy-five best movie posters of 2021, according to yours truly.

They say a picture is worth a thousand words. If that’s true, then forgive me for not dropping any explanations or additional nuggets about each entry. I will instead just let these posters speak for themselves!

A few quick notes: I only chose official studio posters so don’t expect any non-commissioned fan art. Also worth noting; I included two posters for Scott Pilgrim which were created for the 10-year anniversary theatrical release. Finally, these are not in any specific order.