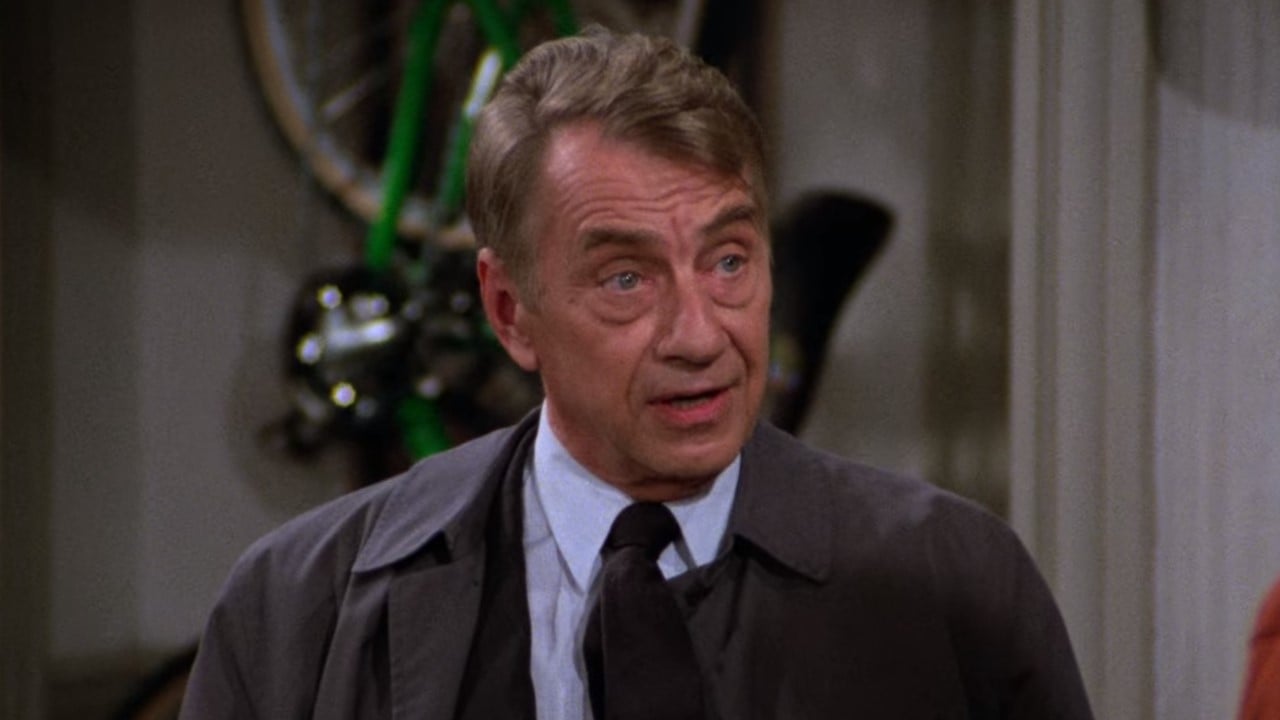 When I was writing about the passing of Bo Hopkins, I wrote of those performers who fill the supporting player ranks:

They’re the acting infantry, the men and women who populate the screen around the leads.  Some of them occasionally surprise us with their range…and others, well, their gifts may be limited, but the few things they do they do immaculately well…

Philip Baker Hall was the former, although anybody who’d followed his career was never surprised at his range.  In fact, he was a superb, versatile actor, so much so that it seems a shame – and a kind of left-handed tribute – that the role always mentioned in his obits as his best-remembered part was his appearance in Seinfeld as tough-talking library cop (!!!) “Mr. Bookman.”

He came out of theater.  A friend of mine, award-winning playwright/poet/actor Sean Michael Rice, since passed, remembered working with Hall in Ralph Waite’s (the dad in The Waltons) Los Angeles Theatre Company in an interview I did with him in the early 2000s.  Hall not only acted with Rice but directed him, and Sean always spoke well of “Philip.”  This is my friend Sean on Hall and the cosmic unfairness of Hollywood and how careers turn on a dime:

I was keeping on the stage working with Philip Baker Hall who’d I’d worked with in Museum and Short Eyes, and…When Bogart Was (one of Rice’s original pieces)…Then, Philip directed me in the Mark Taper Theatre production, The Far Other Side of a Very Thin Line…Then Philip directed the west coast premieres of Illustration and Did Ya See the Lone Ranger?  (two more Rice originals) at L.A. Actors Theatre.

In ’84, Philip starred as President Richard M. Nixon in Robert Altman’s one-man film, Secret Honor.  Secret was originally produced on stage at the L.A. Actors theatre.  Altman had caught the production and then ran with it.  The film was released to excellent reviews.  Looked like smooth sailing for Philip.  One reviewer stated, “They should deliver the Oscar to Hall’s door.

Wasn’t even nominated.  A few doors were opened to Philip, but not what you’d expect from such an outstanding performance.

Paul Thomas Anderson is a gofer on a PBS show Philip is working.  Paul tells Philip how much he liked Secret Honor, then asked Philip if he’d read a short script – “Cigarettes and Coffee” – that he’d written.  What’s to lose?  Turns out to be good.

Paul rents equipment and makes a fifteen-minute film that is then shown at Sundance.  Interest is stirred.

Dollars are raised for a feature-length version.  Studio wants Hackman or someone of that caliber to star.  Anderson holds firm for Philip.  Paul gets his way after a hard battle.  The film, now titled Hard Eight (1996), is made, but then one of the “suits” holds up the release.  Looks like Hard Eight is going to collect dust on the shelf.

Then, in a roundabout way which I’m not totally sure of, Hard Eight gets a limited release in New York and Los Angeles.  The reviews are through the roof, especially for Philip.  After sixty-five years, Philip is, at long last, on his way.*

*(excerpted from Artists on the Art of Survival:  Observations on Frustration, Perspiration, and Inspiration for the Young Artists, Hamilton Books, 2004.)

Hall had been working regularly on TV throughout the 1970s, but that break that made him visible, a go-to actor for directors, hadn’t happened and didn’t really happen even with Hard Eight which is a shame.

It’s an overlooked, under-viewed Paul Thomas Anderson gem, overshadowed by the filmmaker’s later work, but it’s as tough a bit of hard-boiled neo-noir as hit the screens since the days of Chandler and Hammett.  Carrying the lead beautifully, as if despite his years, his thick middle, his rumpled face, he was made for lead roles, is Hall as the world-weary, guilt-plagued Vegas denizen “Sidney,” on a mission of atonement and, eventually retribution.  Physically unprepossessing, he still seems regal sitting at his preferred casino table, and threatening when he sits waiting to execute a blackmailing Samuel L. Jackson.  Anderson’s stylized dialogue rolls easily over the master thespian’s tongue.

Followed by a featured part in Anderson’s Magnolia (1999), Hall finally graduated to “Familiar Face” status and began working regularly as a prominent supporting player on the big and little screen with appearances in The Talented Mr. Ripley (1999), The Insider (1999), Zodiac (2007), The Chicago 8 (2011), Argo (2012), and TV shows ranging from Boston Legal to Curb Your Enthusiasm; Madame Secretary to BoJack Horseman.  In all, his TV and film gigs number somewhere around 150.

There didn’t seem a character type – live or animated – Hall couldn’t execute with color and style.  I’d once heard the phrase “an actor’s actor” meaning a pro who could always deliver no matter what he or she was called on to do, and it seems that was Philip Baker Hall.

I mentioned Hall’s turn as Mr. Bookman earlier.  In light of his other work, it seems a bit of a disservice that that’s the role he’s most remembered for.  Still…

I guess if you’re an actor, to be remembered beyond your time at all says something about you as an artist, but there’s another point I’d like to make.  If you’re below a certain age, as funny as you might’ve thought Hall’s Bookman was, you don’t realize just how expert Hall’s execution was.  He was channeling Jack Webb from Webb’s Dragnet days, and people of my generation saw that Hall’s whole performance was a generational inside joke.  Webb’s “Sgt. Friday” was famous for his deadpan, machine gun delivery and moral tirades (they were so pop culture iconic, that even Webb himself lampooned it:  Dragnet Clapper Caper with Jack Webb & Johnny Carson – YouTube).  Let me put it another way:  Hall’s Bookman wasn’t just funny; it was smart funny.

I’ve done a lot of these tributes this year, to the point where it feels like we’re losing an entire generation of veteran talent:  Betty White, Sidney Poitier, Ray Liotta, Bo Hopkins, and now Philip Baker Hall.  And while there’s always new blood coming up, a new generation of Familiar Faces and starring leads, what the newbies have reminds us of what we’ve lost:  that each of them, new and old, are remembered because they’re all one of a kind.

How Hercules Set the Stage for Modern Disney Protagonists