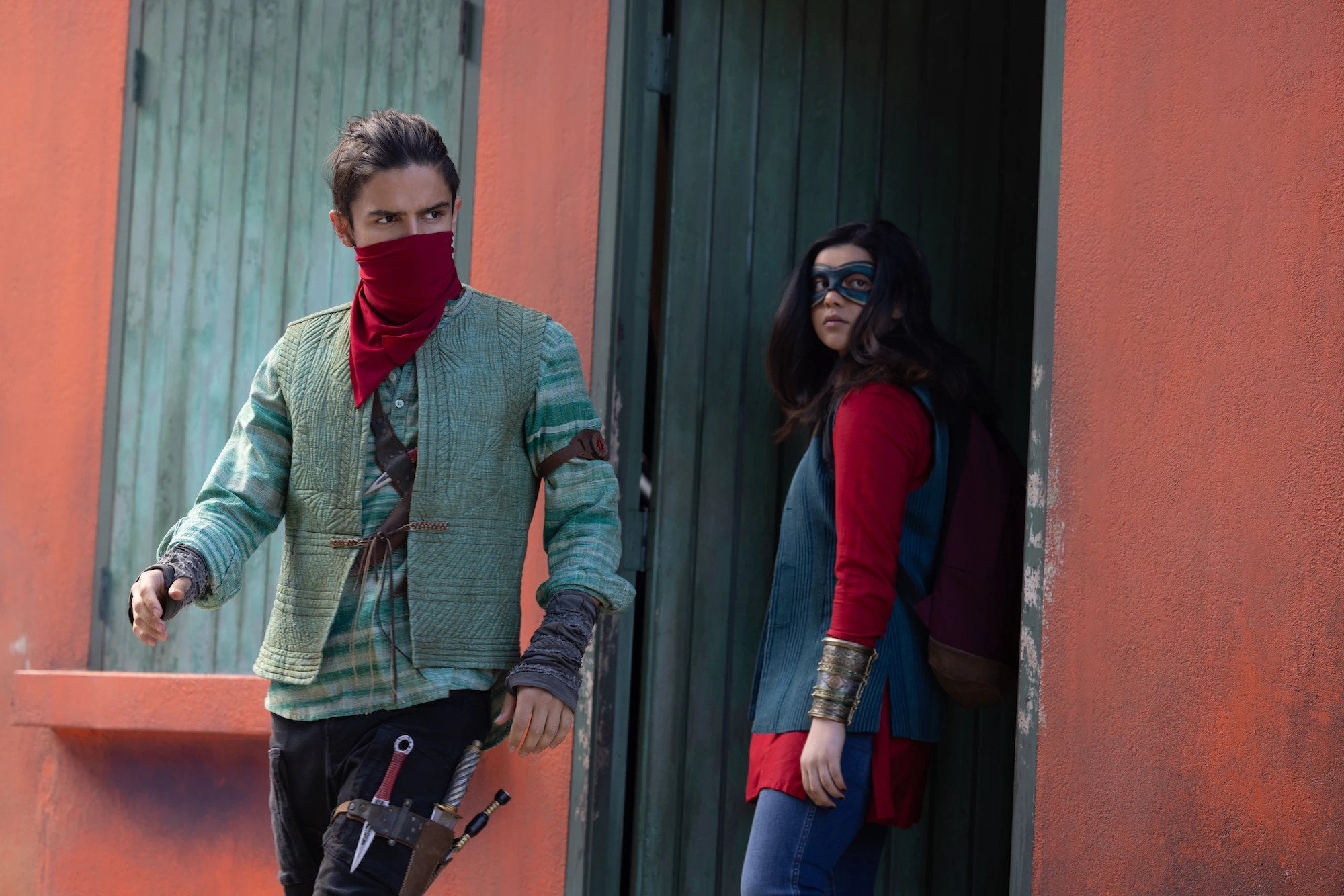 After a small dip in quality last week, Ms. Marvel is back and as strong as ever with an absolutely fantastic fourth episode. The episode brings everything that fans love about the series to the table: Kamala Khan (Iman Vellani) learns some important life lessons, navigates compelling relationships, investigates increasingly complex mysteries, and engages in some badass fight scenes. Throw in some sage grandmotherly advice and an exciting new character, and “Seeing Red” absolutely shines.

When the episode starts, Kamala’s life is a bit of a mess. One of her best friends won’t answer her messages, and the other is getting ready to move away to California. Her mother is furious at her for disrupting her brother’s wedding, and to top it off she faces some serious identity crises when she finds herself struggling to navigate Karachi. Someone accuses her of being an “ABCD,” or an “American Born Confused Desi,” as her New Jersey tastes in food and fashion cause her to stand out as a tourist in her grandmother’s city.

Kamala feels like she keeps breaking everything around her, and she gets some beautiful advice from her grandmother Sana (Samina Ahmed): if everything is breaking, try to find the beauty in the pieces. Ahmed proves her reputation as a government-honored actress and her presence in the show is a huge asset. She brings a much-appreciated mix of warmth, joy, and strength every time she is on screen. Sana’s discussion of how she paints things that she lost during Partition so she can remember them is purely stunning. As with previous episodes, family is at the heart of the show, and watching Sana interact with her daughter and granddaughter is an absolute pleasure.

Kamala’s mother, Muneeba (Zenobia Shroff) continues to be a highlight. The character becomes more fleshed out as we see her interact with her own mother – a dreamer whose personality strongly resembles Kamala’s – and this development provides more context for her own priorities and her relationship with her daughter. Muneeba is shaping up to be one of the most compelling characters in the series, and Shroff is definitely shaping up to be one of its standout performers.

Kamala’s trip to Pakistan means that, unfortunately, we don’t see any of Nakia (Yasmeen Fletcher) or Yusuf (Mohan Kapur), played by two of the other most phenomenal performers in the show. However, Vellani is as fabulous as ever: everyone should be seriously paying attention to this 19-year old acting powerhouse. We also get an exciting and mysterious new character with Kareem (Aramis Knight).

Exciting and mysterious are the two best adjectives to describe “Seeing Red.” Last week, I expressed concern that Ms. Marvel was heading in the same dangerous direction as WandaVision, setting up a great premise in the first few episodes only to quickly trade it in for mediocrity. In contrast, Ms. Marvel knows exactly how to sustain a good mystery over the course of many episodes. Every time it seems like we’re going to get an answer, the episode just leaves us with more questions. It seems like Disney TV is finally getting over its hesitation to sincerely pursue mystery and ambiguity.

This episode introduces the Red Daggers, an underground group who – like the Clandestines in Episode Three – seem like they have answers for Kamala. However, much like the previous episode’s red herring exposition dump, the Red Daggers’ information is too limited to give much of any clarity. While we get a bit more information about the Clandestine’s goals, we still have no idea what makes Kamala’s great-grandmother Aisha (Mehwish Hayat) any different from the rest of the Clandestines, why Aisha disappeared, exactly who the Clandestines are, or why they want what they want. The episode gives just enough new information to keep audiences intrigued while still keeping the mystery exciting. It also ends on a huge cliffhanger that is expertly executed.

It is clear that the series is setting itself up to be a reflection on identity and belonging. Sana gives a monologue about struggling to figure out who she is because her roots are in India but she now calls Pakistan her home. Kamala struggles to navigate her connection to Pakistani identity and culture with her connection to New Jersey and America. The Clandestines’ desire to break down the barriers between worlds gives a supernatural angle to this issue, and the series’ connection to Partition gives a historical context for the theme. So far, the show approaches these themes with nuance, complexity and sensitivity.

The jury is still out on whether a Marvel superhero TV show is equipped to really handle something as traumatic, tragic and harrowing as Partition. For anyone who has read stories that depict Partition like Kushwant Singh’s Train to Pakistan, it can be hard to imagine how the brutality, suffering, and mass death caused by the event can be approached by something produced by Disney. Marvel films have a controversial history with the way that they work through historical tragedies like the holocaust, and going down this direction risks disrespecting or trivializing the experiences of real-life people. However, so far fan reception has been relatively positive; hopefully the series can maintain this strong reception during its last two episodes.

Overall, Ms. Marvel is proof that the new phenomenon of MCU Television is worth paying attention to. It’s hard to find anything not to like in a series packed with stellar writing, great plots, compelling characters and standout performances.

Beasts of the Southern Wild and the imagination of childhood