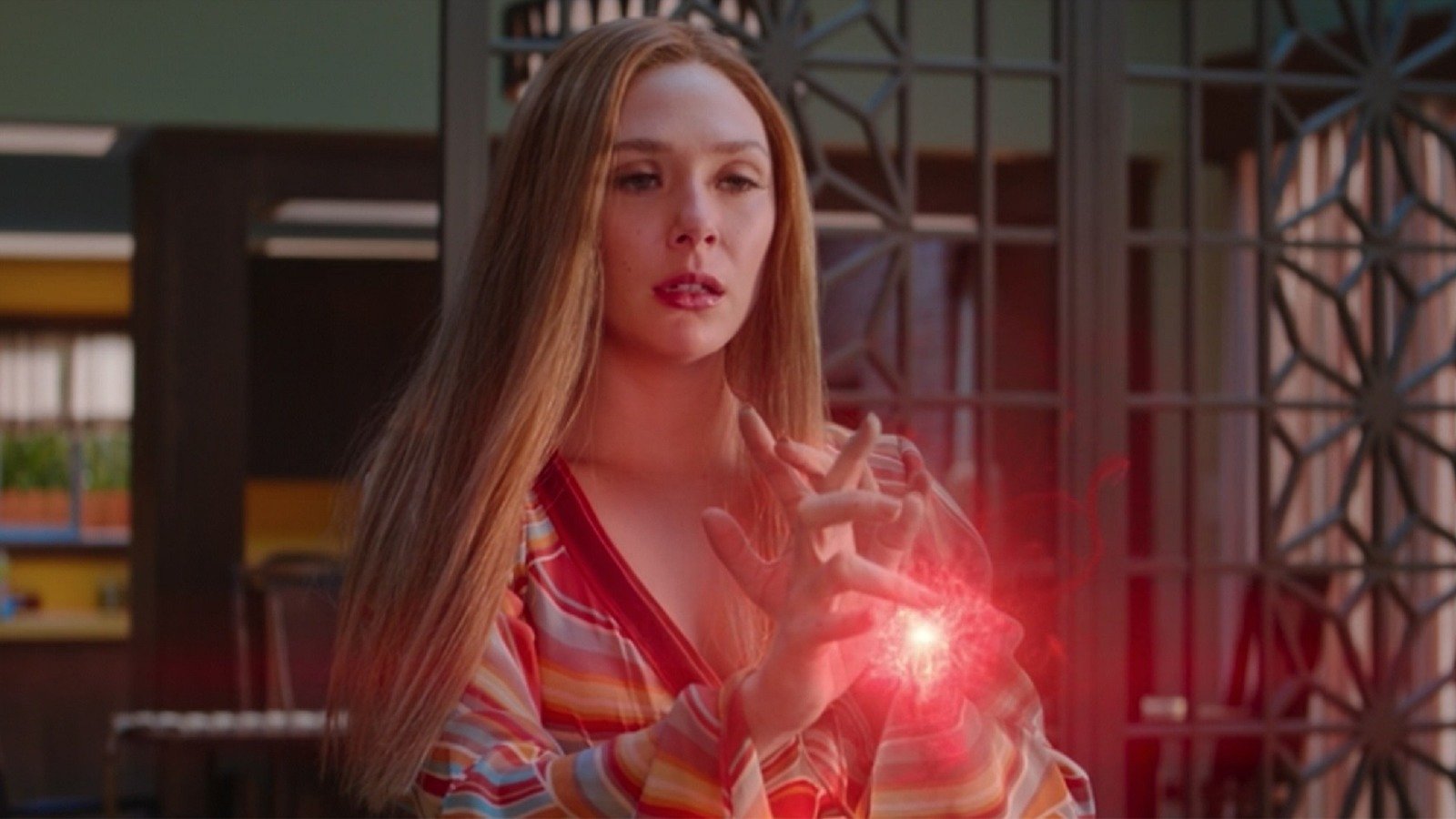 WandaVision “We Interrupt This Program” Review

You know what nobody’s said during these first three weeks of WandaVision‘s critical honeymoon?

“I wish this show was more like Thor: The Dark World.”

And yet, here we are with “We Interrupt This Program,” which announces a lifeless return for Kat Dennings’ Darcy Lewis, the most boring character in the first two snooze-fests known of the Thor trilogy, accompanied by the bombastic emptiness of the MCU orchestra. Hell, WandaVision doesn’t even feel sure if it wants to celebrate her return or treat it with open contempt; she just kind of appears in the back of a van, heading directly into the plot of “We Interrupt This Program”, one of the more confounding, tonally destructive half hours of TV in recent memory.

I wonder who thought it would be fun to spend twenty minutes dissecting the premise of WandaVision, in vague terms that never attempt to justify their presence, beyond a tiresome parade of Marvel deep cut references – Jimmy Woo! Hexagons! Maria from Captain Marvel is dead! – and bread crumbs leading to the heart of the season’s last remaining mystery (that is, whether Scarlet Witch is in control of this sitcom-flavored trauma train, or if there are more sinister powers at play). Want some superficial nods towards vague astrophysical concepts? “We Interrupt This Program” has you covered, my friend – but if you’re looking for compelling narrative development, or anything to do with character, there’s not much to look forward to in this episode… save, you know, the horrifying last thirty seconds.

We’ll get there; first, it’s worth indulging just how ludicrous the core concept of this episode is. Given that LOST is also a Disney property, there’s a neat line to draw between the reaction of that show, to the very construct of this episode’s script; “We Interrupt This Program” is desperate to justify every single nook and cranny of its various mini-mysteries, to the point it alllllmost feels like the writers are patting themselves on the back for being oh so clever (and praying the audience doesn’t find any plot holes, and scream about outriggers and food drops on the internet for a decade).

To which, a little bit of credit is due: the ending of “We Interrupt This Program” is as effective as anything this series has done to this moment, confronting both Wanda and audience alike what is really going on, underneath the veneer of overwrought background music and thoroughly unnecessary Tentpole Franchise Tie-Ins. Anchored by the very effective (if undeniably jarring) opening sequence, the sudden sight of Vision’s dead, lifeless corpse animating its way through Wanda’s sitcom fantasies are… beyond a little unsettling, to say the least. Whatever is actually happening here (to which I reiterate once again, WHO CARES), WandaVision is about Scarlet Witch’s post-Endgame traumas, dealing with the death of her dream life with Vision, far away from Ultron and Thanos’ various genocides against the world.

Which brings me to the most frustrating part of both WandaVision, and Scarlet Witch’s presence in the MCU as a whole: both Vision and Pietro’s death have fueled Wanda’s character arc across these films and series in very specific ways… in that these massive moments of personal trauma have repeatedly been used to serve two specific narrative ends. First, these stories use her trauma as background fodder for larger stories: in Age of Ultron, it was bro beef between robot-liker and American patriot with a Great Ass, and here, it is a puzzle box mystery I imagine is eventually going to tether itself to the arrival of Phase 4 of the MCU.

More importantly, is the second purpose: these things are not treated as Wanda’s experiences that define her, they are events that happen to her, dictated by the machinations and needs of the larger universe around that. Which, to a degree, is to be expected: at some point, every individual character arc shoved into the MCU has to be ground up through the ever-churning brand wheel. Seeing it used on Wanda’s transformative traumas again is a bummer, especially in the way this episode handles it, as a surface-level mystery that only engages with her perspective and pain for some brief, shocking imagery.

It’s also worth noting this episode is just not fun as it Tenets itself back through the first three episodes of the series: it is increasingly tiresome to see every minute oddity explained (especially as the larger issues, the ones that could save this episode from its inherent inertia, are largely ignored), churning through detail after detail, leaving a whole sixty seconds at the end to inch things forward in some meaningful way. Which, even that is debatable: while the image of Vision’s caved-in skull certainly is effective, the shock of the moment is gone as it cuts to credits, negating any meaningful, lingering dread sitting on the outskirts of Wanda’s sitcom-fueled reality, stalling any sense of momentum driven by the “discoveries” of the episode.

Sprinkle on top a lot of underwhelming punchlines for the returning MCU faces, and there’s just not a lot of meat on the bones of “We Interrupt This Program”. If having fun aesthetic moments of early episodes re-contextualized as boring narrative bread crumbs for in-universe science nerds (and MCU military leaders, perhaps the dumbest brand in cinematic history) is your thing, this episode is probably like a bag of popcorn sprinkled with tiny orgasms on top. Me? I just wish Marvel would let people have some goddamn fun once in awhile, and give up their relentless insistence on repeatedly shoving their enormous universe in every possible narrative hole. Give me Kathryn Hahn, or give me death!

WandaVision Episode 4 Trades A Mysterious Past For A Predictable Present