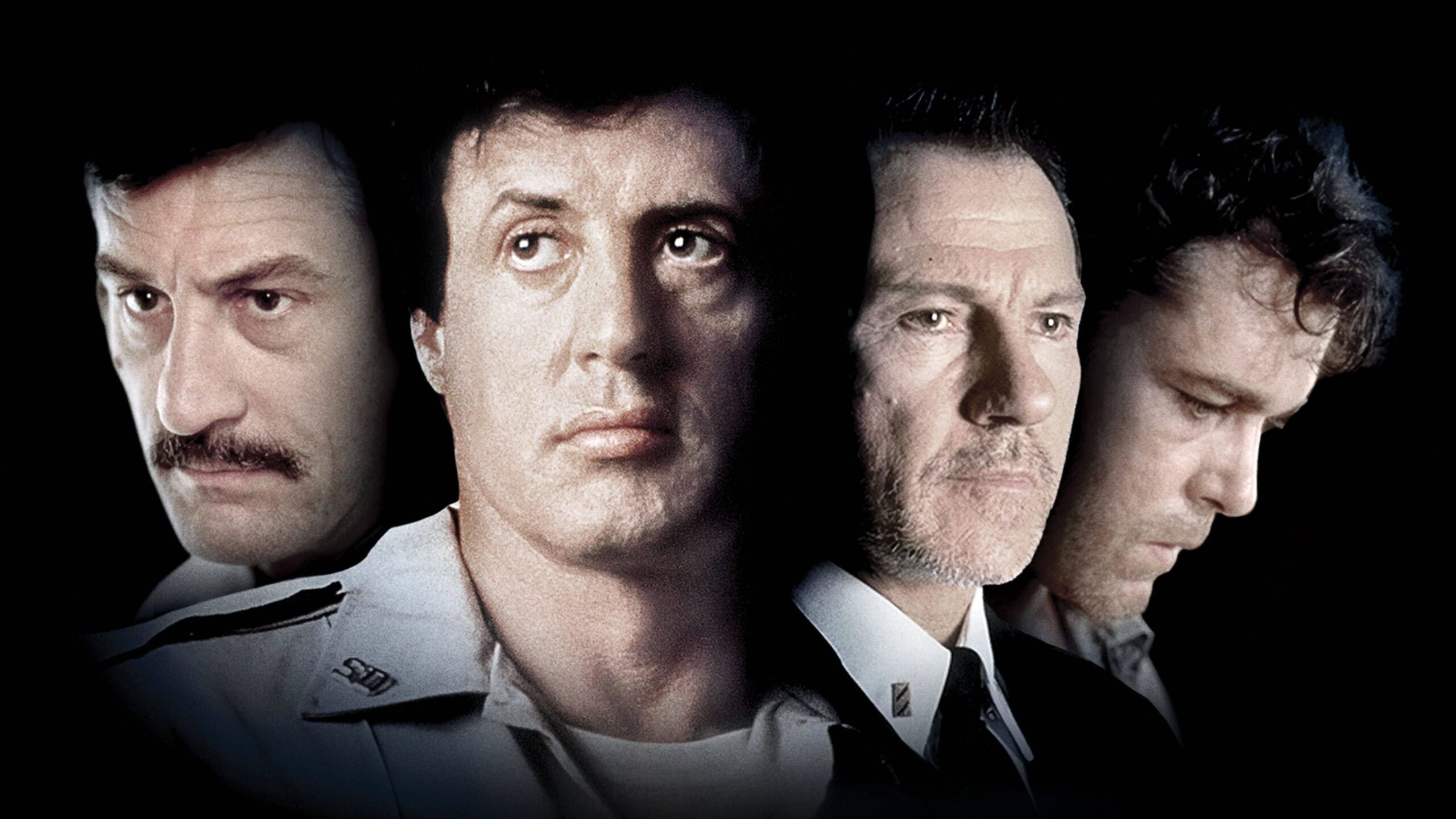 No One Is Above The Law.

Looking back on the ’90s, it sometimes feels like another golden age for gangster movies. Few decades have produced as many memorable films about organized crime, many of which are considered among the best movies ever made. However, amid this embarrassment of riches, movies like Cop Land occasionally get lost in the shuffle.

It’s too bad, really, as Cop Land has all of the elements that made other crime movies of the era stand out. The tense, bloody relationship between police and criminals from HEAT? Check. The complex morality of Carlito‘s Way. Check. Cast members from Goodfellas and Reservoir Dogs? Checkmate. And on that last note, let’s just set aside a new paragraph, shall we?

Cop Land stars Sylvester Stallone, Robert De Niro, Ray Liotta, Harvey Keitel, Robert Patrick, Michael Rappaport, Annabella Sciorra, Edie Falco, Frank Vincent, Janeane Garofalo, Peter Berg, and Tony Sirico. If that’s not one of the best ensemble casts you’ve ever seen, you might need to check the prescription on your glasses. Either way, even if this deck wasn’t as loaded with aces as it is, you’d still have to hand it to the talent behind the camera.

If you don’t know James Mangold by name, you definitely know him from his work. The director behind Walk the Line, 3:10 to Yuma, Logan, and Ford v. Ferrari hardly needs an introduction, but the filmmaker’s natural talent for cinema can already be glimpsed here, years before he’d worked on any of those other films.

Getting back to the specifics of this film, though, Cop Land follows small town sheriff Freddy Heflin (Sylvester Stallone) as he dives into the deep corruption of the NYPD. Heflin oversees a suburban community far from the violence and chaos of the New York City streets, which also happens to be filled with the homes of police officers. On paper, it should be the safest area to live in the whole state if the cops who populate the area weren’t so flagrantly corrupt.

That’s the set-up of Cop Land in a nutshell. It’s a story of how everyone who is complicit in corruption must own their part of the process and either live with it or do something about it. After a lot of years of living as a joke and a nobody and a shill and a coward, Freddy finally has had enough, and he decides he’s going to fix this one god damned problem if it’s the last thing he ever does.

Since James Mangold is one of the only masters of the modern western, it makes sense that he made his bones on a movie like this one. Like Logan, Cop Land might not be a western, but it’s got enough of the DNA of one to make it an easy approximation. Any movie that centers on a small town sheriff standing up to the criminals who have run roughshod on his town and his dignity for years has something quintessentially western about it, after all.

Cop Land is also helped along by how damned good Sylvester Stallone is at playing lovable losers. It shouldn’t be a surprise to see it from a guy whose most famous role is a dopey yet admirable man who always wins our hearts by reminding us of how good he is underneath it all. Stallone’s skill for making audiences roll their eyes and laugh at him before showing us what he’s capable of is a one-of-a-kind gift that few actors possess and something that speaks to the same type of vulnerability that Marlon Brando showed in On The Waterfront.

This is the secret weapon of the movie and why it works. Freddy Heflin was once a good man, a man who lost his hearing in one ear and much of his future by doing something selfless because he had no choice. However, when a man spends his life as a joke and a loser for doing the right thing, it can make him lose all hope in the world. It can make him waste his life.

Somehow Heflin pulls out of this nosedive, though, and the structure of Cop Land becomes people who thought they knew who he was underestimating him, and Heflin coming out on top as a result. Much like Rocky and Rambo, Freddy Heflin succeeds because so little is expected of him that when he pulls out all the stops, he blows away the competition.

The slow realization that the dirty cops of his community come to in that regard is the heart of the movie and why we root for Heflin in the end. When Heflin is stalking up the street during the finale of the film, with nothing but a shotgun and a prayer, that’s what makes Cop Land tick. The movie may not have given Stallone the comeback he was hoping for in the 90s, but it damn well should have.

The Middle Earth Masterpieces: Ranking the Lord of the Rings and Hobbit Films