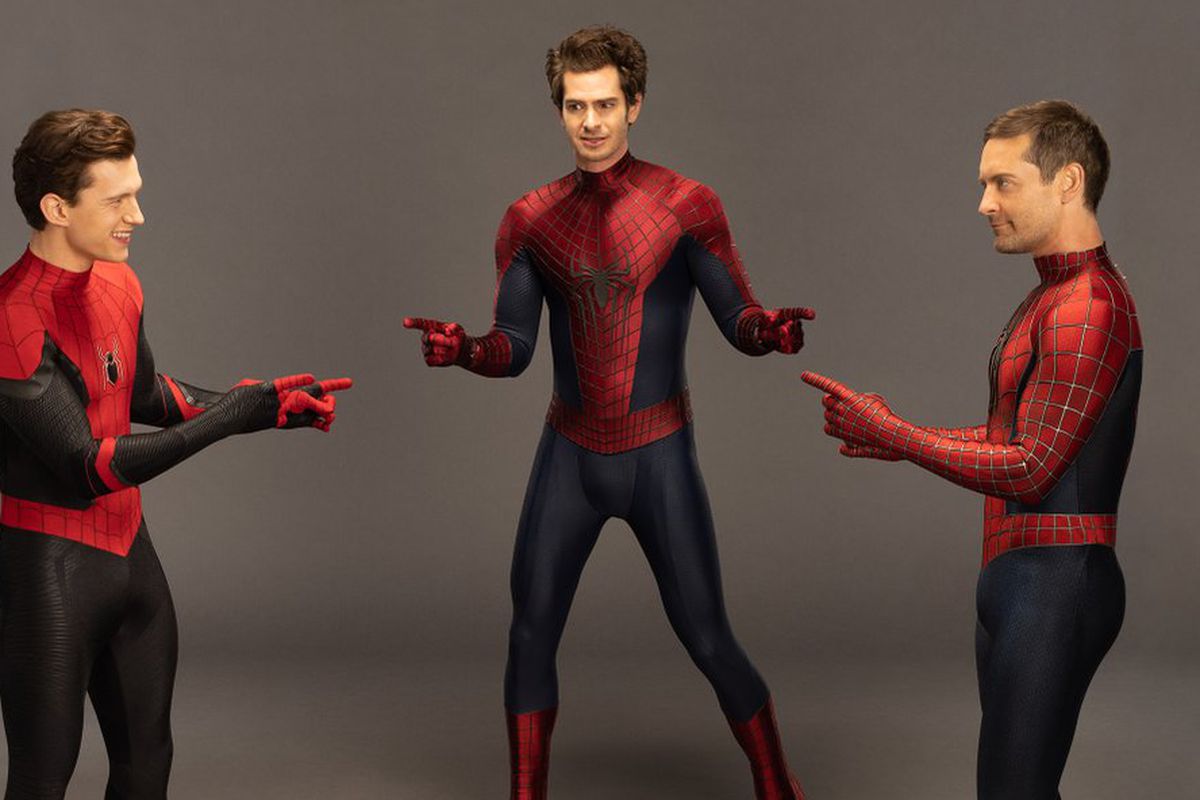 “With great power….” — yeah, we all know what comes next. It involves a paternal figure, a science experiment, and one of the weirdest-looking costumes in superhero history. The friendly neighborhood Spider-Man has become a legend in his own right, and deservedly so. After 57 years, he’s been in numerous live-action movies, dozens of cartoons and video games, and an insurmountable amount of comic books. With the monstrous growth in superhero movies, there have been three distinct live-action adaptations, each with its own voice and style. It makes sense that his character would change depending on the creators and the social and political climate; each brought their own flair, and everyone has their own opinion on who is the best one. The obvious answer is Tom Holland’s, but the other two aren’t without their merit.

It’s also not enough to focus on Spider-Man alone — a lot of attention needs to be put on Peter Parker as well. Spider-Man is a witty, confident man of action; he saves babies from burning buildings, mocks his rogues gallery, and simply acts like a smart-ass. Peter Parker (depending on the writer) is best known for his mild-mannered and demure personality. He’s the kind of character that can’t catch a break, who with every step taken is pushed back two. He’s meant to represent that individual in each of us who just wants to be safe in his own world. Spider-Man was designed so that it could be anyone under the mask, especially the person reading the comic. This duality makes the character memorable, and special. That’s why, as of now, Spider-Man: Into the Spider-Verse is currently the best Spider-Man movie.

However, the most important thing to note is that the actor can only bring in so much to the role of Spider-Man. A fantastic actor can portray the character poorly, while a fairly unknown actor can create something iconic; a lot comes from the writing and production teams. If the stunts or the visual effects are boring, or if the dialogue is too filled with exposition, then the movie may not be successful. On the other hand, if rewrites are required midway through the production, then the actor’s hands would be tied. That being said, even a good script can’t help an untrained actor or someone who doesn’t give it their all. It’s a team effort, and everyone needs to do their best.

Sam Raimi proved that Spider-Man can be done in live-action without changing a lot from the comics. He didn’t alter the costume and took elements from the Ultimate universe — which was at the height of popularity at the time. The battles and drama are operatic and silly, perfectly simulating a live-action comic book. Tobey Maguire comes out swinging, looking the part (he was your average 27-year-old high school kid). His generic and unnoticeable appearance makes him suitable for a background actor, and the perfect portrayal for Peter Parker. Despite being smart and generally a sweet kid, he still fails constantly; he never seems to catch a break. His co-stars are also amazing and help make him look good. That being said, his Spider-Man is…underwhelming. He has the occasional lame quip, and his cockiness doesn’t seem genuine, sounding more like it’s written by someone who read one-liners from a goofy book. His version of Spider-Man has the power and ability but lacks that key ‘fake confidence’ that this particular superhero always needs.

Andrew Garfield’s performance is the mirror opposite of Tobey Maguire. Garfield is an obviously good-looking, brooding, smart, skateboarding high schooler with a degree of fashion sense. Unlike the lame and unremarkable Peter Parker in Raimi’s universe, Garfield’s Parker lacks the awkwardness that the character needs. Though he does have his problems and fails a lot, he just isn’t convincing enough to be that dork. His Peter Parker has enough confidence that it isn’t a grand leap to become Spider-Man. However, as Spider-Man, he knocks it out of the park. His quips are funnier, his power level seems more threatening, and his confidence comes off less stale than Maguire’s. Unfortunately, the character suffered when the production company tried to build a MCU-style universe too fast. The sequel tried to add too many villains and plot points that didn’t help the story.

Tom Holland in the MCU.

Not only did they get someone this time who looks like he’s in high school, but they got themselves the best live-action Spider-Man and Peter Parker. This is primarily due to getting a talented team of writers, directors, actors, and production teams. Tom Holland wasn’t a superstar before he got this role, but he nailed his audition and proved that he can do both parts. As Spider-Man he is agile, confident, making light of the danger. He makes it look as though there’s nothing to worry about, even though deep down he’s terrified, mocking his aggressors and finding creative ways to use his abilities. As Peter Parker, he’s the typical dork — bullied, awkward around girls likes LEGO, and stutters his way around trouble. He’s smart, but is in constant turmoil to prove himself worthy. When he’s out of that suit, he’s simply a terrified child.

This is where Tom Holland proves he can do both. His introductory scene in Captain America: Civil War perfectly encapsulates Peter Parker and Spider-Man. His goofiness when Tony Stark discovers his secret shows that he’s not all snark. His quipping and fighting in the airport scene sums up Spider-Man to a tee. However, there are two scenes in Spider-Man : Homecoming that can take these two distinct personalities and find the link between them, bringing them closer to one. The first is when Tony Stark, acting as a father figure and mentor, scolds Peter Parker for acting irrationally, just like Iron Man would have in his own start to heroism. After a failed attempt at stopping arms smugglers, Tony Stark confronts  Peter Parker, and the following exchange happens:

Peter Parker: “This is all I have. I’m nothing without the suit.”

Tony Stark: “If your nothing without this suit, then you shouldn’t have it.”

Unlike previous iterations, Tom Holland’s Peter Parker shines, knowing his own inability and lack of confidence. Until he got the suit, he simply felt weak and helpless and losing it is like losing one piece of his soul. The exchange is powerful, thanks to the actors and writers who knew what Peter Parker was meant to be. The second scene is when he’s in his old suit, and The Vulture traps Peter Parker under enough debris to take out the top-level Avengers. He’s afraid, alone, and has no way to communicate to get help. This beautiful homage to Steve Ditko’s Amazing Spider-Man #33 is a perfect choice. In the movie, he sees his face in the pools of water, and Tony Stark’s previous words fill his mind. After a few breaths to calm his nerves he says “Come on, Peter” and then immediately changed to “Come on, Spider-Man.” This is not an indication that Peter Parker is weak, but that he sees himself as Spider-Man. There’s no distinction between the two entities; he is Spider-Man. It’s a haunting and beautiful scene that gives resonance to the role.

Spider-Man and Peter Parker are very different but aren’t complete opposites. They share a common thread of fear, which one hides by blending into the crowd, while the other shows off with theatrics and jokes. Whatever team is taking over the role needs to play both parts as different characters, but with a thread still binding them together. No live-action representation has done it better than Tom Holland’s. Throughout every movie he has grown as a character, and though he may not be as cocky or as frightened as he once was, this Spider-Man truly knows what it means to have both power and responsibility.